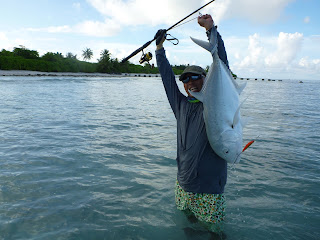 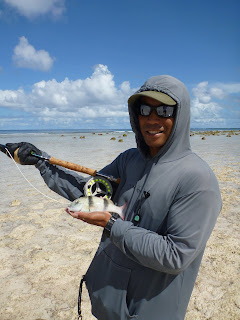 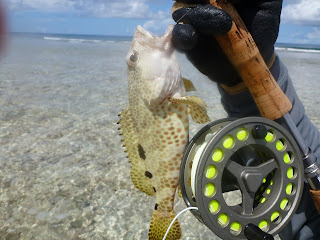 The first fish I caught this weekend -

I know it was 25# because I weighed it at the marina scale. It took 15 minutes to land her (she had eggs) and it was an epic battle. Light weight tackle with 30# braid and a 30# leader. It took out a ton of line before it was tired enough for me to start reeling it back in. We went back and forth like that 3 times before I was able to bring it in. This is the largest fish I have caught from shore to date.

After that, I did not think I could top that ulua - so I switched to flyfishing.

I caught three double barred goatfish, a grouper and I had a surgeonfish take and then bite through the hook. I did see some bonefish, but they were not interested in playing.