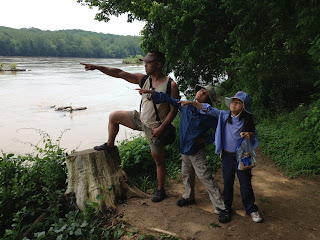 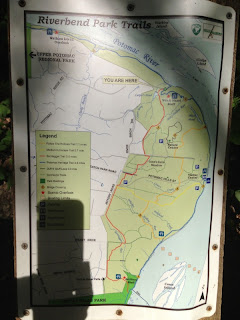 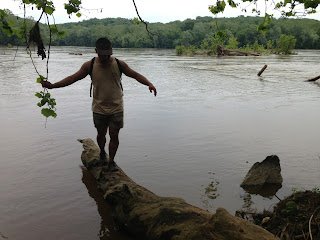 After I got back to the house, we jumped into the truck and drove over to Riverbend Park to hike along the Potomac. We took the Northern path this time to check it out as opposed to the Southern route which we have been on a few times now. By the end of the trip, we got the kids to hike 5 miles! La has some cool pictures up on her Facebook account - butterflies, lizards, cool trees. I was also keeping an eye out for some spots to flyfish from in future outings - I saw three accessible areas where a back cast could be managed with a short wade out. The river was swollen from all the rains we got recently, so the intel gathering was not as good as it could have been, but that's part of the game isn't it???...!!! Fun day and a tough accomplishment for the kids (they minimized the complaints since it was Father's Day)!
Posted by Victor Velasco at 6/17/2013 12:32:00 AM