Did something different yesterday - drove over to the SNP Graves Mill section to do a little high water creek fishing. This first group of pictures was from the section before you get to the park. I know that because someone stopped to tell me I was fishing on private property. I'm pretty sure it wasn't owner because he was being nice about it. I did look and I couldn't find a sign stating any of the right of way was private. Oh well - we packed up and moved on to the park itself. 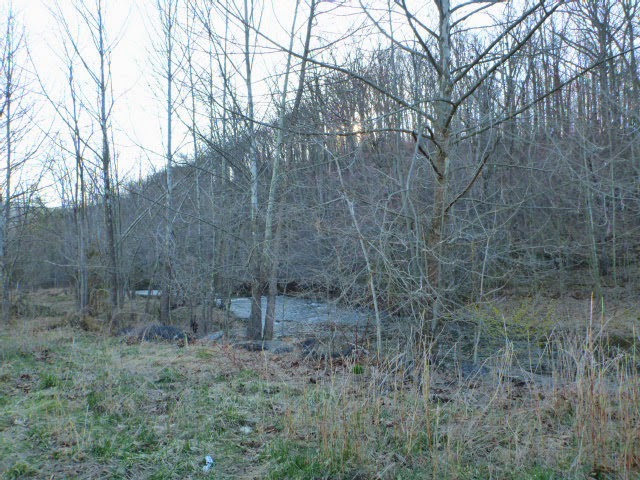 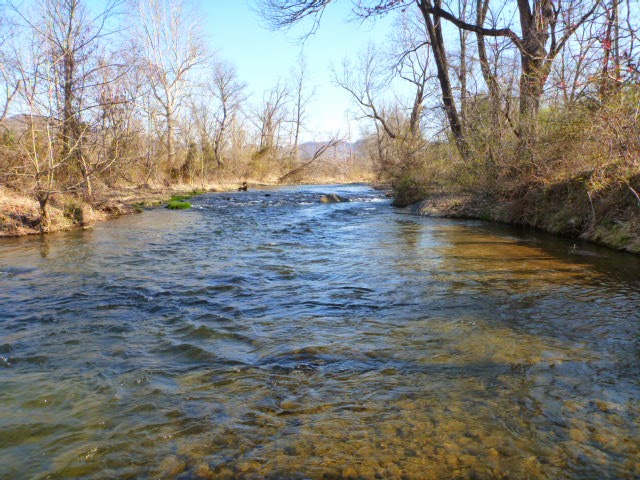 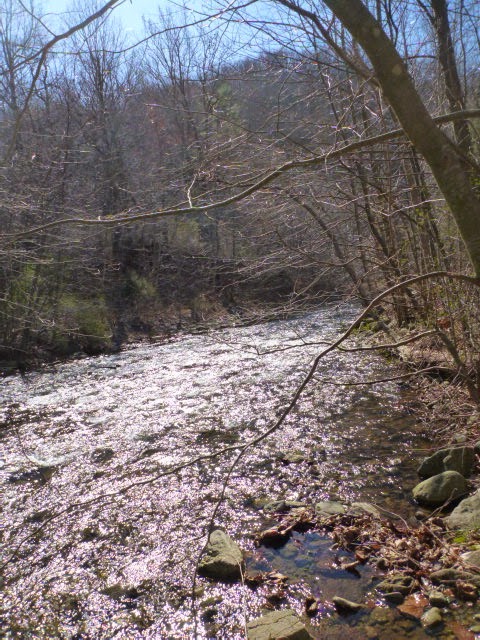 This is Justin S - young guy from the Tidal Potomac Fly Rodders forum that agreed to help figure out the fishing and locations. He caught a creek chub or fallfish from one of the first pools up from the parking area. 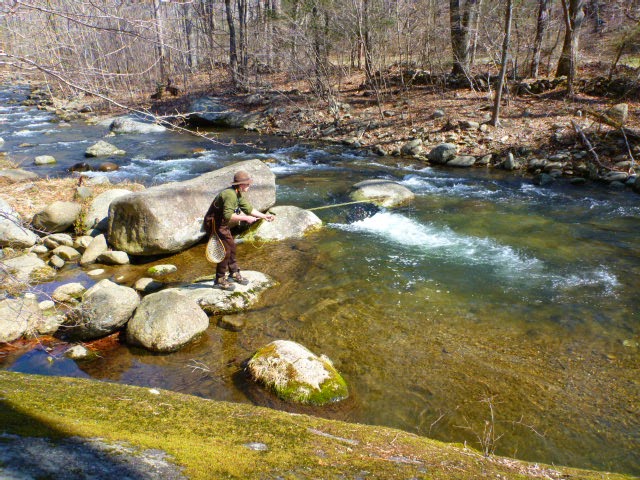 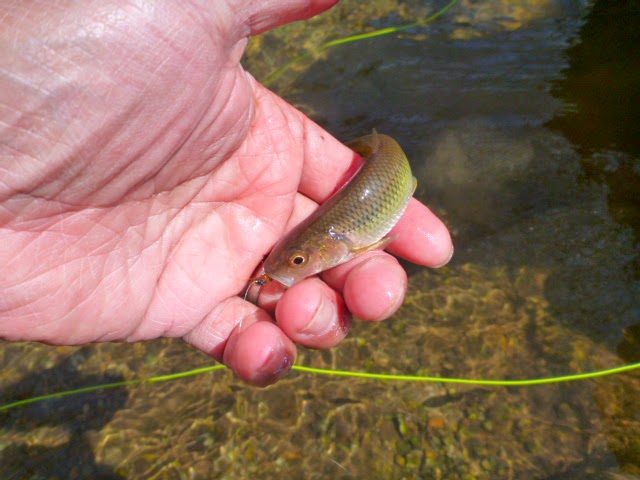 I had originally setup my Barclay Glass 3wt, but after I lost several flies to the trees on my backcast, I switched over to my Nissin 39-44 Fine Mode seiryu rod. I had to go through just about every fly in my box, but eventually, a parachute adams opened the flood gates and I was able to catch four black nosed daces (at least I think that's what they are - daces for sure and with a prominent dark stripe on their sides). 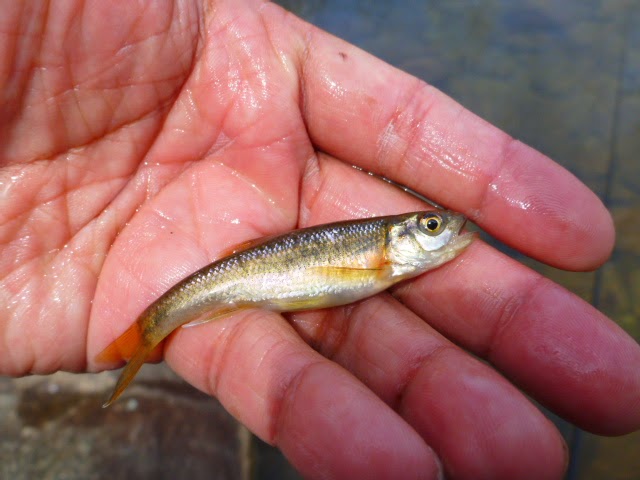 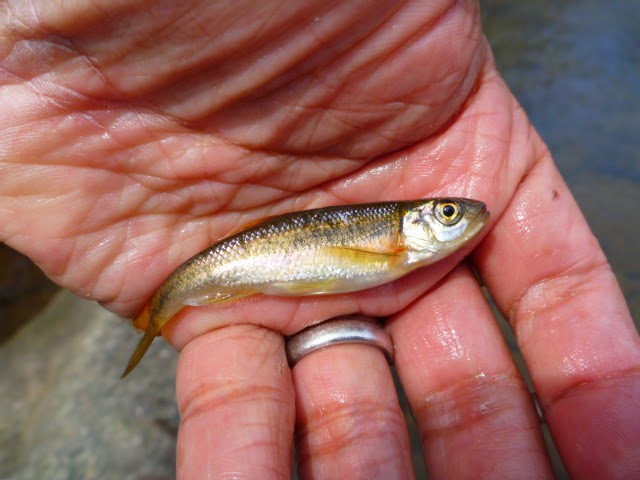 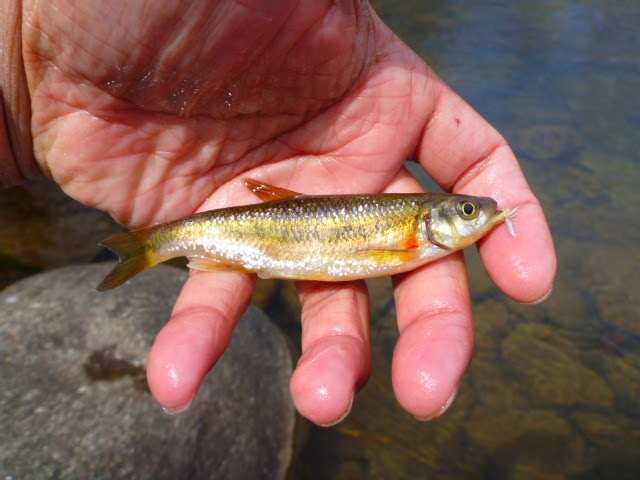 Finally I hiked up even further and found an awesome spot - two creeks converged symmetrically into one and formed a long run with a pool carved in the middle - I haven't fished for trout before, but from all my research, this was textbook trout habitat. I saw an Alpha Male in the prime feeding spot (right at the 'pit' of the 'Y') - I tried relentlessly to get that fish to take, but the flies I had that matched the bugs in the air were too big and didn't float well. At least I got the chance to see this place. 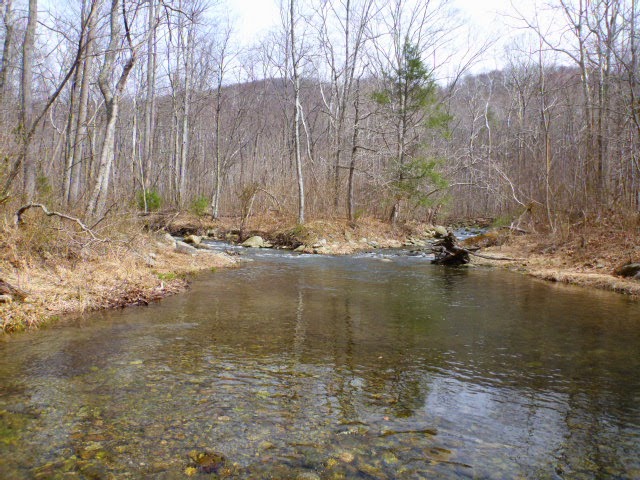 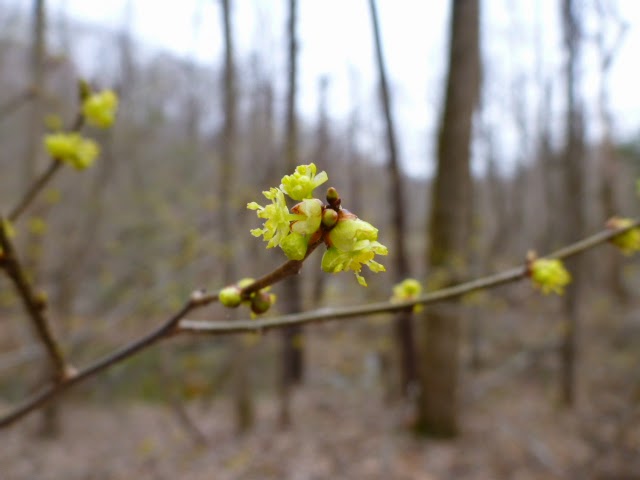 This was very challenging fishing, some of the most technical I've ever done, but for all the frustration, it was awesome to know that places like this still exist. Next time I'll bring La and the kids.
Posted by Victor Velasco at 4/06/2014 08:12:00 AM