I went out too - really wanted to make a comparison of the RIO Gold and RIO Perception 3wt WF lines using the Barclay Glass 3wt. I think I like this rod better with the RIO Gold... maybe because there has been a bit of wind in the area lately. Maybe it's because of my propensity to make the down turn with the wrist at the end of the casting stroke (to make those loops just a like bit more refined). Maybe it was just the mood I was in these past few days. Maybe tomorrow I'll like casting this rod with the Perception - you just never know (and that's the fun of it all). 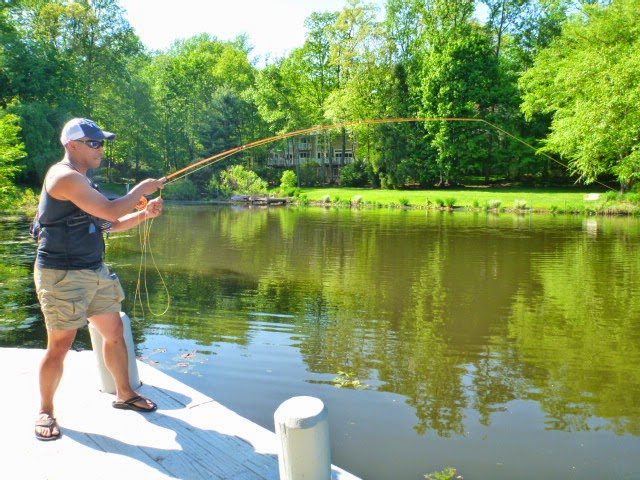 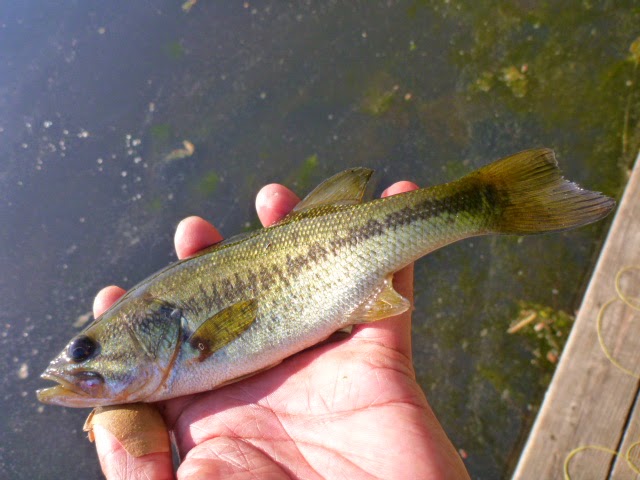 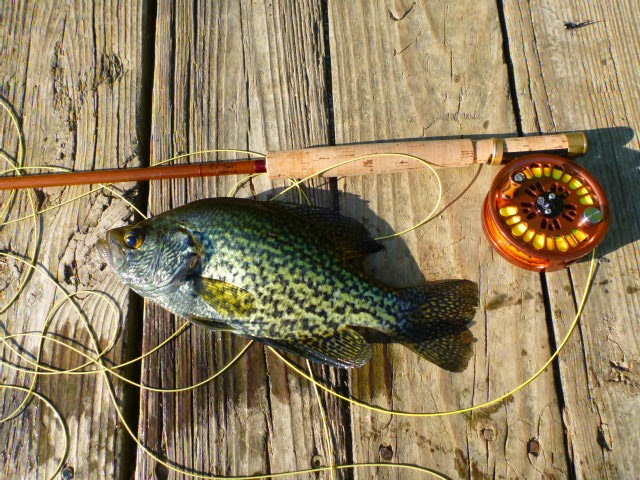 The fish were further between also. I ended up with 4 crappie, 2 largemouths and 5 bluegill - spread out over a couple of hours. These numbers really picked up at the end as I had moved to the short pier at the end of the dam - that's where the crappie were hiding out. I'm going to setup the GoPro 3+ Black shortly, so I can take "ballcap" perspective photos and videos - that will cure the ill I've had of not having good actions shots from the 1st person perspective. Stay tuned (I just need a decent micro SD card). One last thing I saw of intense interest - the largemouth that I have been able to stand next while casting at the dam (while not being able to get the fly in the bass's mouth) had it's clutch of eggs hatch. I saw a suspended cloud of bass fry moving in and out of the algae right next to the dam rocks. The largemouth was doing patrols to prevent any of the marauding fish (every other fish in the lake) from grabbing an easy meal. The parent bass was actually very caring of the fry - makes you wonder if scientists have given proper credit to the intelligence of fish. Now that I got to see the fruits of it's labor, I'm glad I didn't catch that fish... but now that the spawn is nearly over... time to go casting to some hungry fish ;)
Posted by Victor Velasco at 5/12/2014 04:04:00 PM