I took a break from fishing yesterday - don't want to burn out... but I'm back in the saddle today. I took out the Leiderman made, Lamiglas 7'0" 3wt, 3 piece. I actually grass cast it yesterday while the kids were at Tae Kwon Do (test cast with a RIO Perception and a RIO Gold), but I wanted to get it wet today. I lined it up with a SA Supra DT3. The rod cast wonderfully with the DT3! I'd call it 'relaxed' slow action, and with the DT3, it threw some sweet loops! 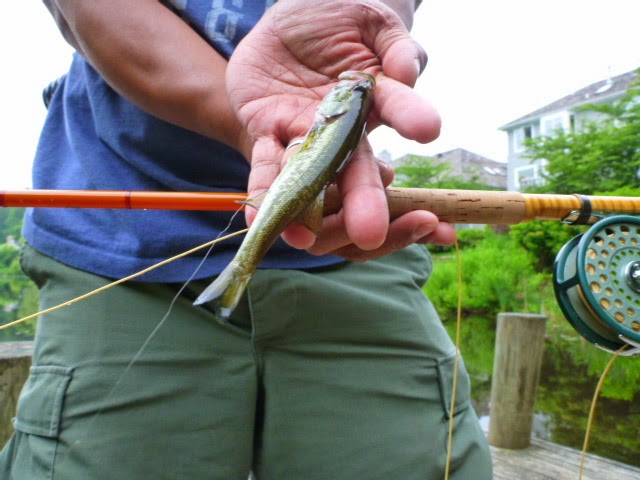 This little bucketmouth was the first taker on this rod! He didn't have much mass to put a big bend in the rod, but fishing is fishing and beggars can't be choosers (on what bites). Better than a skunk. 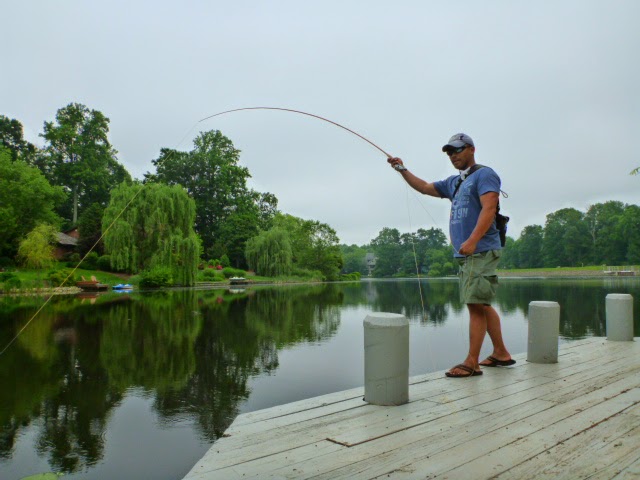 I moved spots to open up on my casts and I got hooked into something else. It pulled HARD and I even thought at one point I was not going to be able to turn the fish. 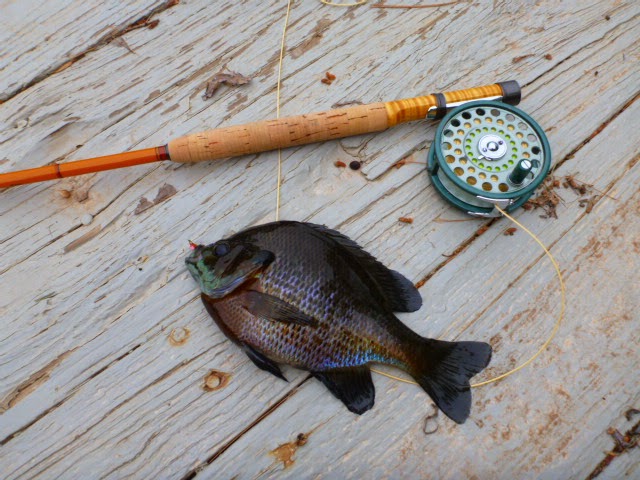 After all the excitement, I pulled up this bull blueg! This Lamiglas rod is way too much fun with bluegills!!! All my hypothesis I've recently penned are even more true with this rod (1. Bluegill ounce for ounce are the hardest fighters out there; 2. If Bluegills were bigger, humans would not be at the top of the food chain). 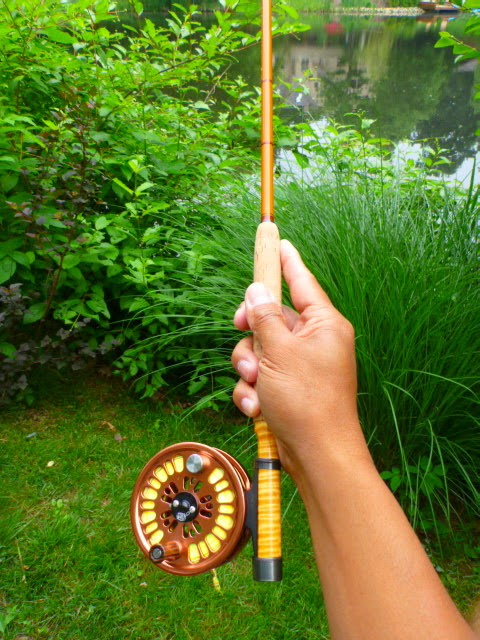 At the end, I lined it up with the RIO Gold again just to establish a reference - no contest. It will cast a Gold, but the form was off (a bit too heavy). I'll try it with the Perception again to see if there is a difference (but from the test casting results yesterday, I like the performance with the DT3 the best). What a sweet little rod (thanks Mark - rest easy knowing this one has a good home and it'll be used to wrestle panfish A LOT)!!!
Posted by Victor Velasco at 6/10/2014 05:13:00 AM