I kept walking at the first stop and found the creek that drained the pond. I did see a few green sunfish and one small largemouth bass, but I decided to just keep watching and not go back to the truck to get the gear (I did go back eventually to get the camera). At the creek, I saw a female (large sized) dragonfly depositing eggs into the water - keep flying up and down and hitting the surface - if you looked as the spot the dragonfly just left, you could see a little white dot - an egg. I didn't have the camera with me, but now I know what to look for at our lake. I noticed after walking through some grass that I had a few hitchhikers on me - after pulling the ticks off myself, I got back in the truck and headed to the part of Bull Run that goes under the "Stone Bridge" - site of the retreating Union Army Regiments after the Second Battle of Manassas. It was neat to think that several hundred people once crossed a bridge here and destroyed it to stop the Confederate troops from following them. 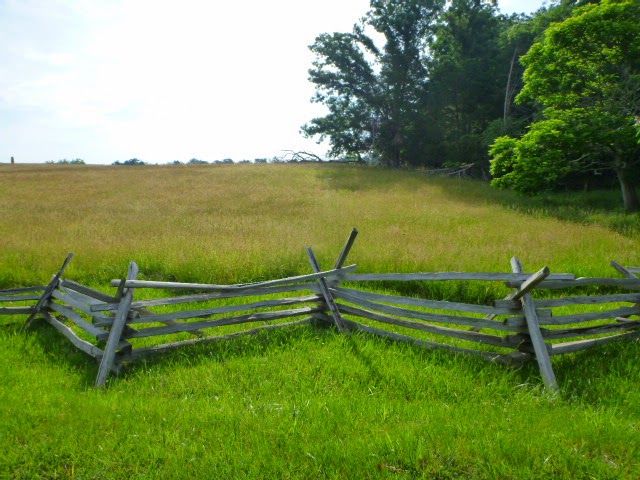 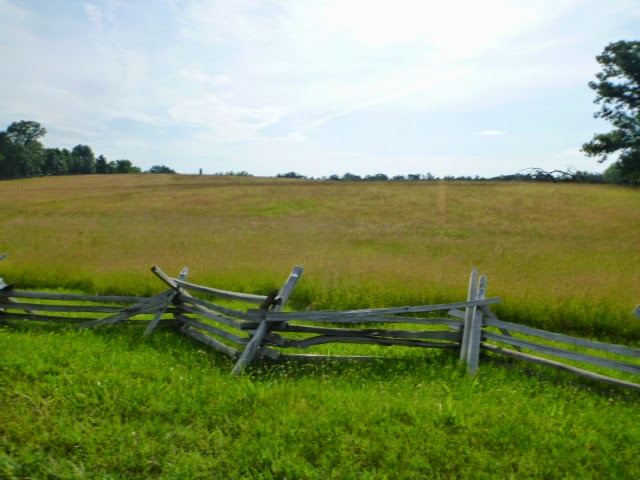 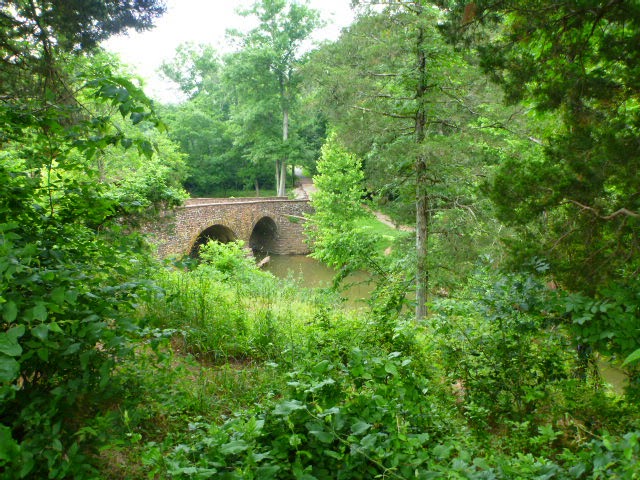 Makes you also wonder if these same species of sunfish were in this run back then, or if these are more recent transplants to these waters. 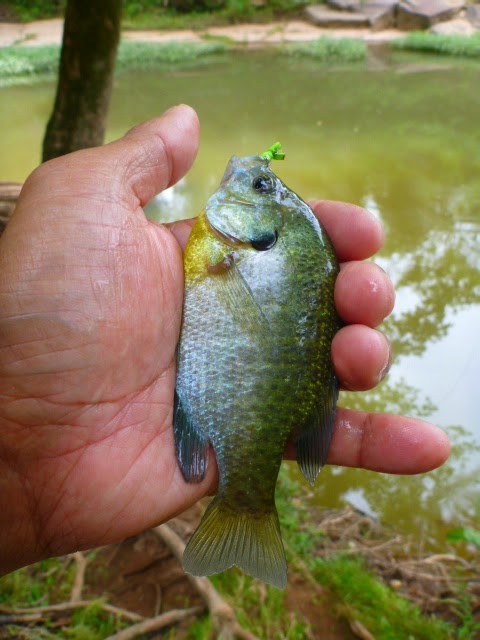 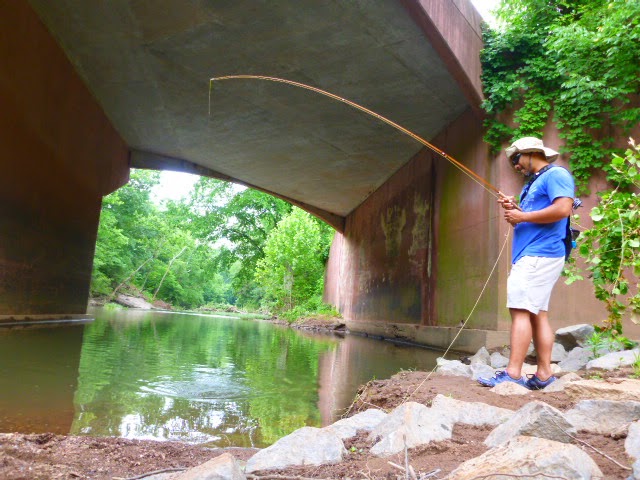 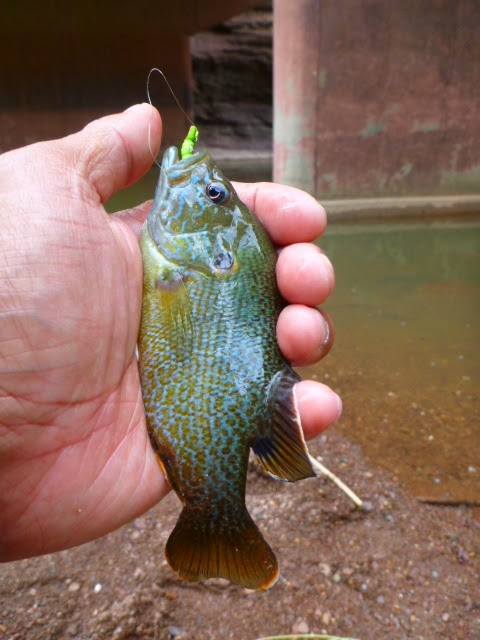