I went out three times today. First was with an ultralight weight 3wt flyrod - the Scott JS F2 7234. I did not get the attention of anything - first with a small popper and then a subsurface foam fly... not even a look-see-nibble. I did not even bother taking a picture - let's leave that alone (although casting that rod is fun - the more I cast it though, the more I can feel that it needs a perfect casting stroke - this one gives no mercy. I think I need to appease it with some bluegill... stay tuned for that - I've got just the spot). We shifted gears and spent about four hours hanging out at the beach - just North of the 'Poles' surf spot. I brought the St Croix 10' Surf Rod and caught a couple of whiting. 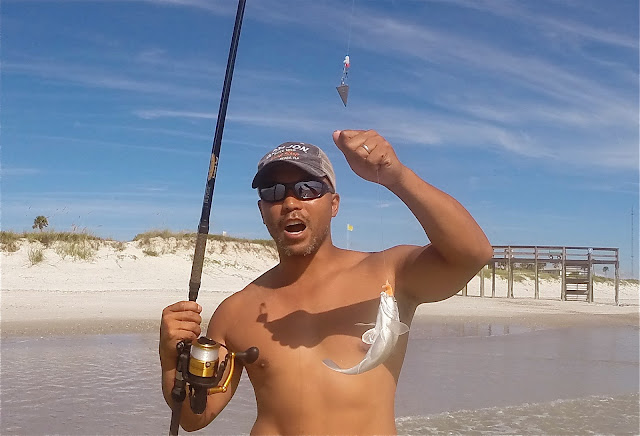 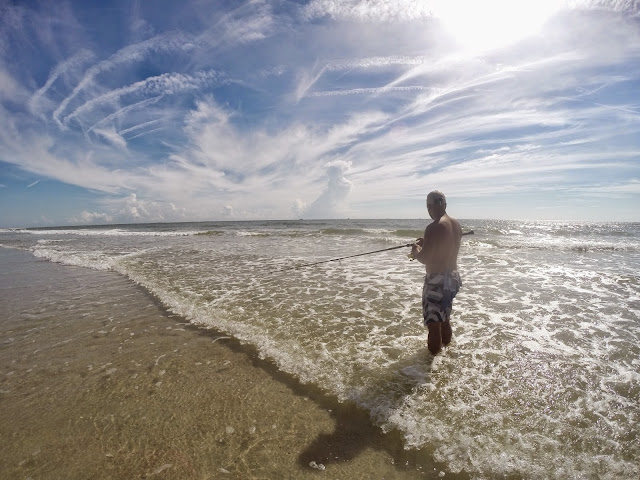 As the tide started coming in I also saw a bunch of other animals coming onto the sand flat. This stingray was one of them, as were a live horseshoe crab, a crap ton of mullet (most of which had scars from predatory fish encounters) and several smaller whiting. 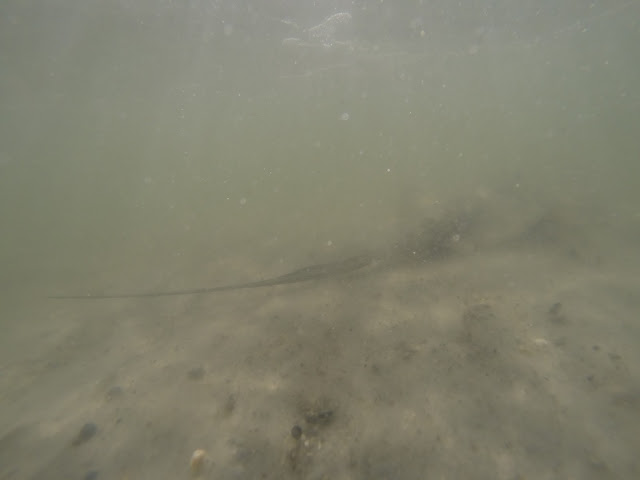 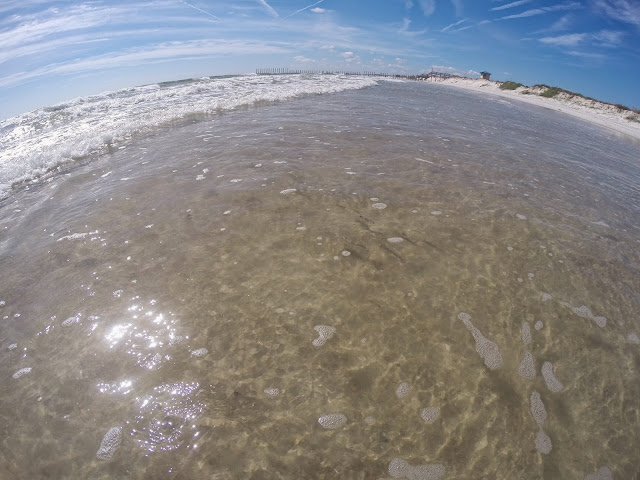 And late in the afternoon, Marlon and I hit the jetty to see what we could find. We ended up catching a bunch of blennies, some spottail pinfish and a few black sea bass (mind you these are all smaller fish - we're just there having a good time with some ultralight weight spinning rods). We saw a couple of green sea turtles to top it all off. 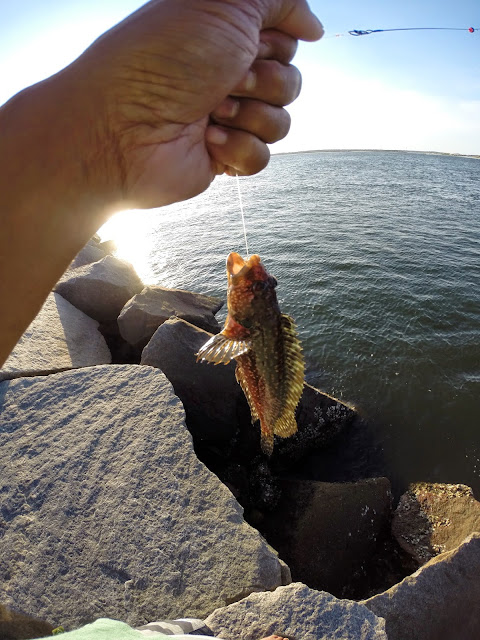 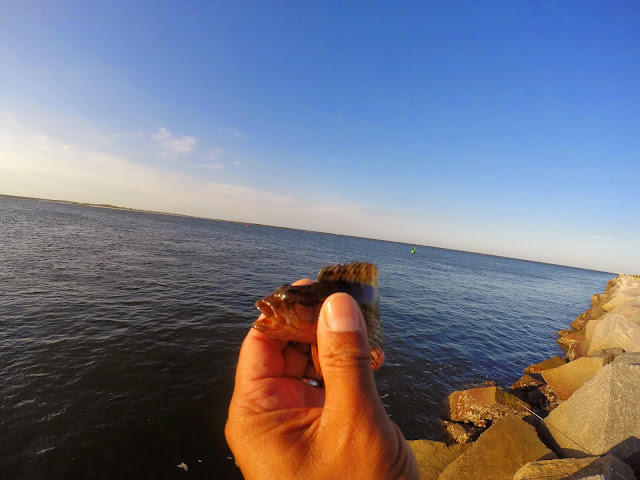