We spend the afternoon at the jetties fishing. The wind was howling - so much so that the fishing suffered. The mullet were running hard, so I cast a few times and bucketed over 50 finger mullet. I let the kids study them up close and we released them back to swim with the rest of the school that didn't move too far away (again because of the wind). I did see a smaller school of much larger mullet - but I didn't have a clear shot at them. And with the really small net we have, you have to be dead on target and those big mullet were cruising. I did rip the net on an oyster encrusted rock - about a 16" tear - more on that in a second. 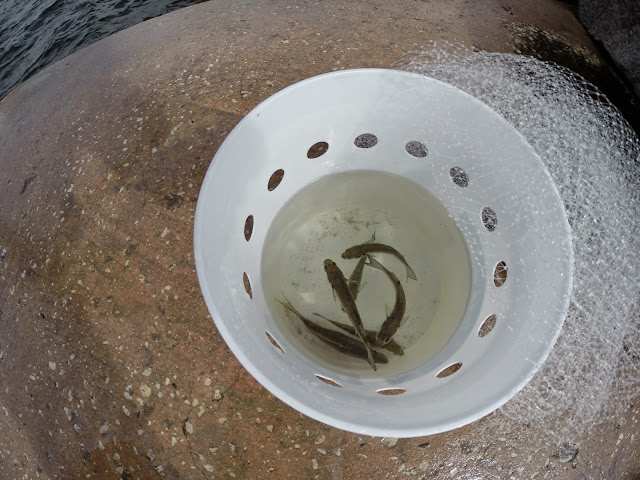 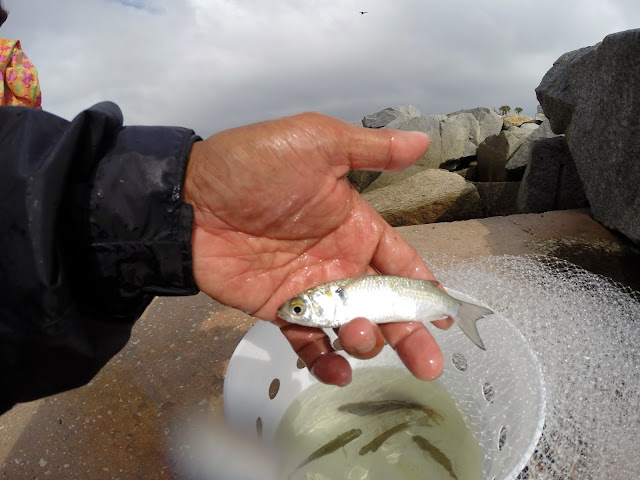 Marlon was the only one to catch a fish with a hook and line - this is a yellow stripe snapper. Yet another different species we've caught at the jetties. This place has always been pretty cool to fish. 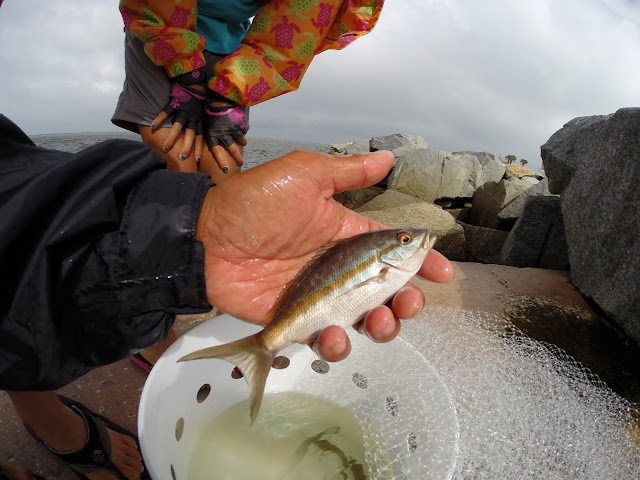 After the fishing session, I figured I needed to fix the torn net. It was a lot of trouble, but it's all patched up now. 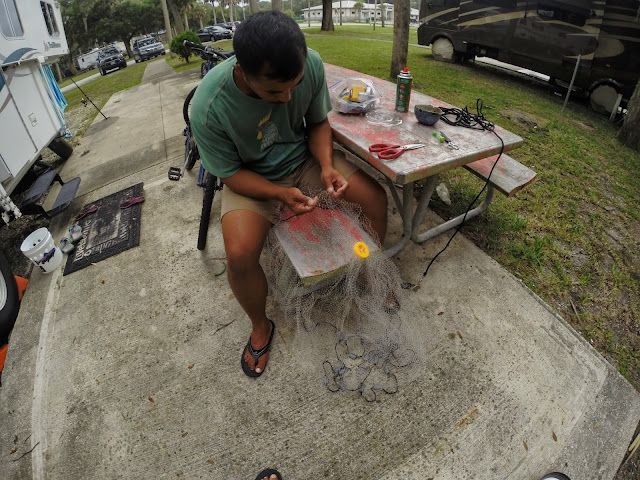