I took the Hooked SUP out to the salt marsh just outside of Mayport Naval Station. I brought the St Croix Tidemaster and an old friend that I haven't had out in a while - the Epic 686 built out by Chris Barclay. I ended up catching a 15" Speckled Trout (Spotted Sea Trout) on a gulp mullet. Decent fight, but the Tidemaster was just a hair too much for this fish (my lightweight St Croix Triumph would have been sweet!). But when you are fishing for meat, getting the rod power right is just gravy - I'll take the meat! 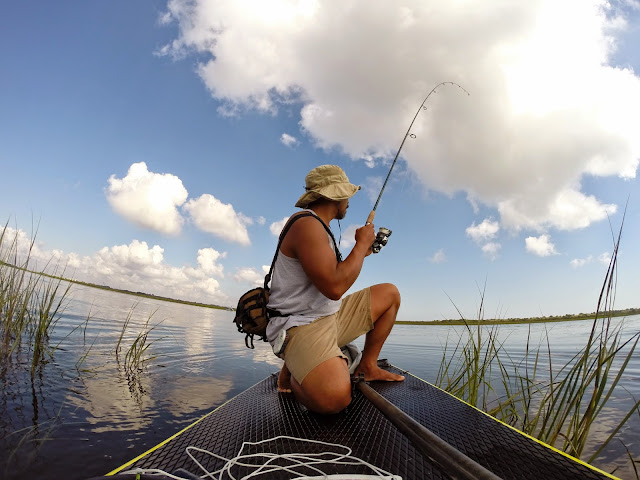 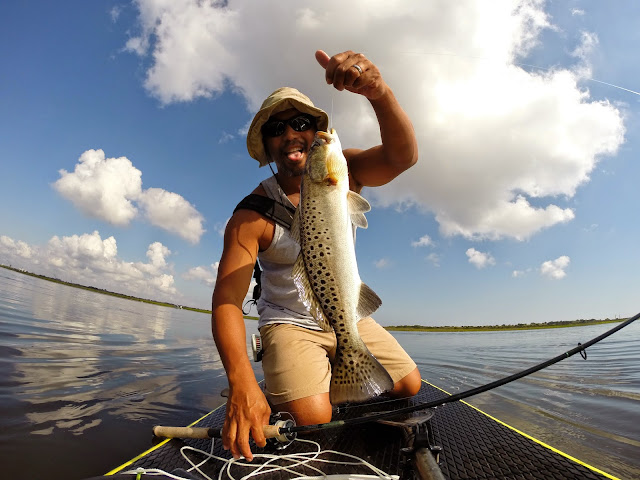 After a little bit more time with the spin gear, I switched out to the Epic 686 with a full sink line - basically the same setup I used when fishing for shad in the Potomac Shad Run. On the first cast I got this needlefish on a shrimp fly - it jumped a few times just to make me smile a little bit more than I already was! 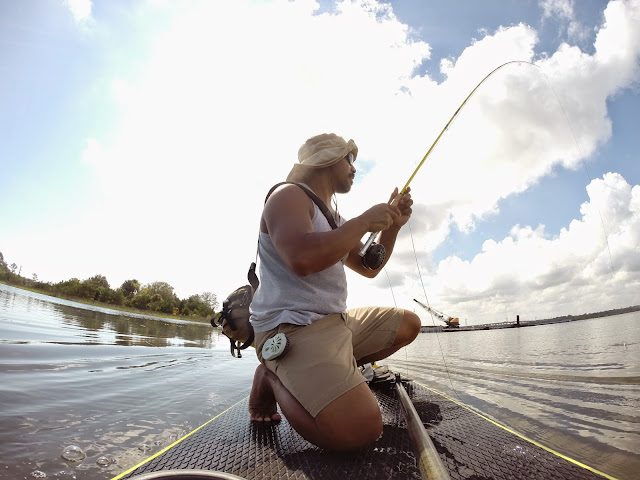 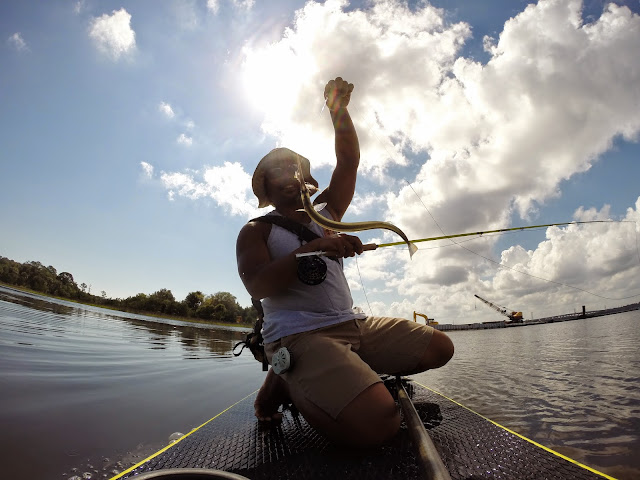 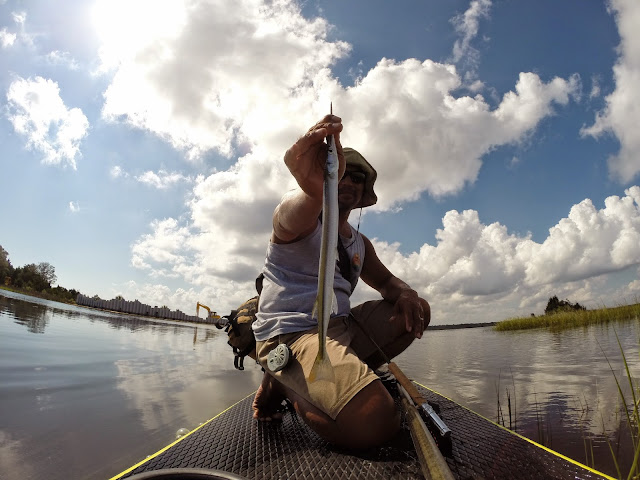 Casting a lighter fly makes using this combo oh so nice - I was able to throw very pretty loops - I really LOVE this setup!!! I think I am going to tie up more shrimp flies (smaller and slightly heavier) and cast the rod with both a DT6 and WF6 to see what I can get out of it - it really has been a while since I used this rod. I saw a few other fish, but didn't bring anymore to hand. Awesome fishing day!!! 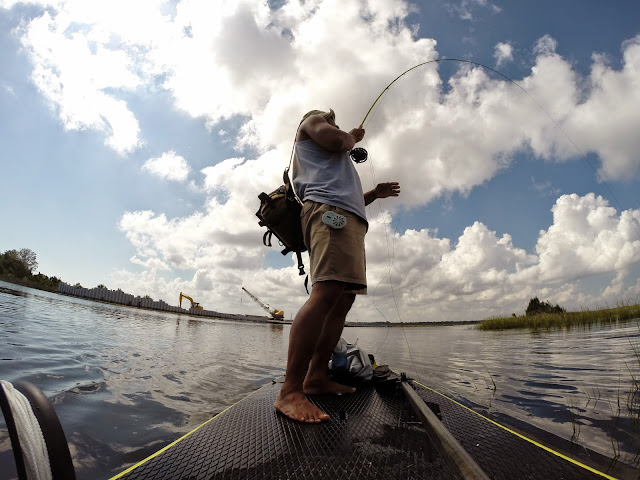