I had class on Saturday again this week. So after class, I boogied on down to catch the low tide at Hickam. I had a size 9 torpedo weight tied on with an 18" flurocarbon leader and a tiny jighead. I had this setup rigged from the last session out at Kaneohe Pier (need to get deep to the zone where the fish hang out). But it prooved to be too heavy for the Hickam Flats. So heavy that I could get super far casts, but I would pick up rocks/rubble pretty consistently. This crab was in the crevices of one of the pieces of rubble. 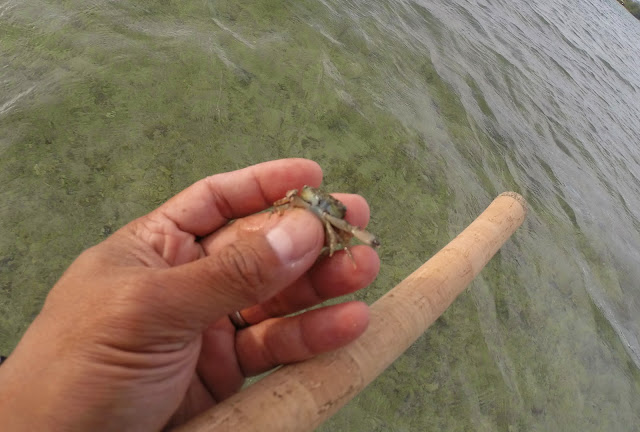 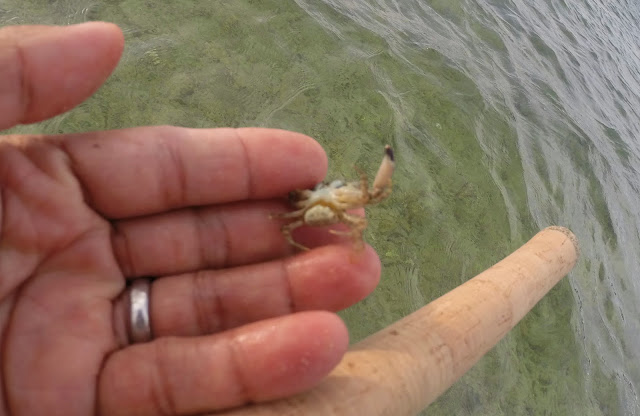 If you look closely, you can see the clutch of eggs 'she' is carrying. I'm going to start tying flies like this - the predominate species seems to be this crab and various mantis shrimp. 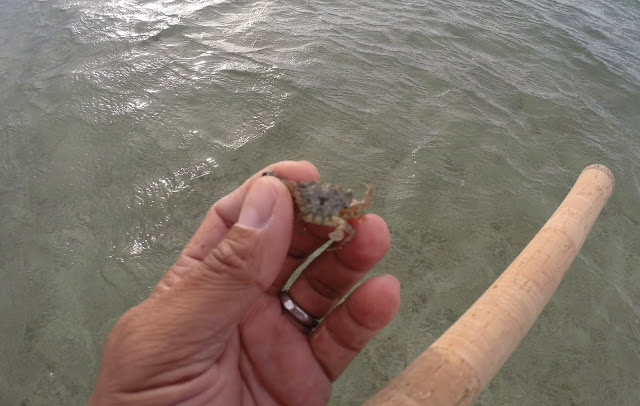 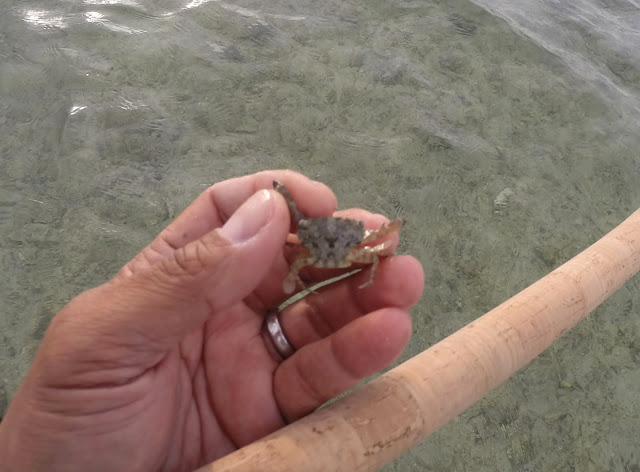 I had one fish grab the lure I had on and fight me to about 5' apart - then it let go (it wasn't hooked). I did not see one bonefish... almost a full moon. I'm going to start taking notes on the moon cycle/presence of fish (and I'm too lazy to use a pen/paper - you'll see the notes here). Good time despite the lack of catching.
Posted by Victor Velasco at 3/01/2015 08:40:00 PM