This weekend was a low-count, high-impact weekend of fishing. On Saturday, I went out twice. First I went out on Saturday morning with an 8 weight fiberglass flyrod - the Epic 888. I overlined it with a 9 weight RIO Bonefish Quickshooter. Nice casting rod, but I didn't get the chance to wrestle any fish with it (darn finicky bonefish!). I took a break and ran some errands (like laundry). In between cycles I lined up the 888 with an 8 weight RIO Bonefish Quickshooter and that line cast even nicer. I love Epic rods because they make casting more fun. Who doesn't like seeing nicely shaped loops flying through the air and unfurling gently out 60' away??? I went back out in the afternoon, but took a spinning setup instead - the Fenwick 9'0" moderate power, fast action 2-piece rod and the Penn Spinfisher V 3500. I specifically went out to catch a barracuda (maybe 'the' barracuda) that has been taking my lures/flies. I tied on about 2" of "Tyger Wire" as a bite tippet with an albright knot and a 3 turn clinch at the lure (brass 1/12 ounce Kastmaster). I nailed this guy!!! Finally!!!! 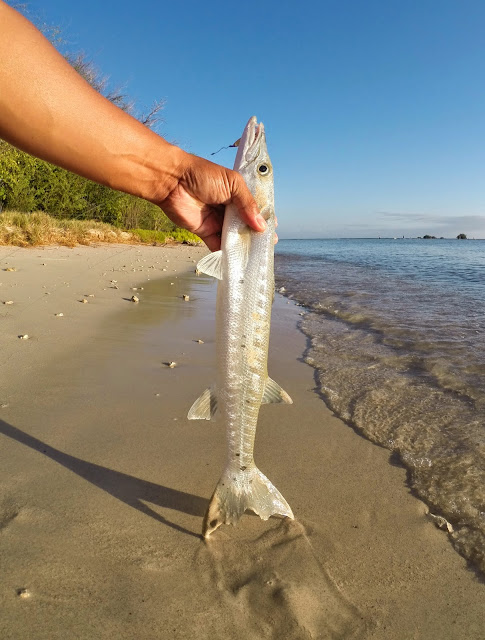 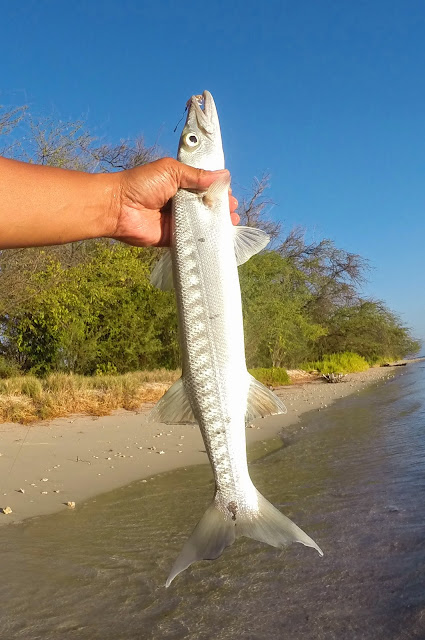 So I got one of the last two fish off my Hickam bucket list. Then on Sunday morning I went back out with the spinning gear and used a completely different tactic - a bucktail jig - a big one to mimic a fat mantis shrimp. I even thought about tying on an abrasion leader knowing the bonefish get big. I'm glad I did because I did hook solidly into a big bone while blind casting at a point (that was the other chance in tactics - stop sight casting - which goes against the grain I developed flyfishing). As soon as I got a hookup, the fish took off stripping line off the reel for 20 seconds straight! I tightened down on a the drag a bit more and it finally stopped. I reeled it in (heavy bend in the rod the entire time) and I got the fish to a poles length away when the knot holding the jig gave. What a fight!!!! I think I'll up the flurocarbon tippet to 25 pound test to make sure I can get the fish to hand. 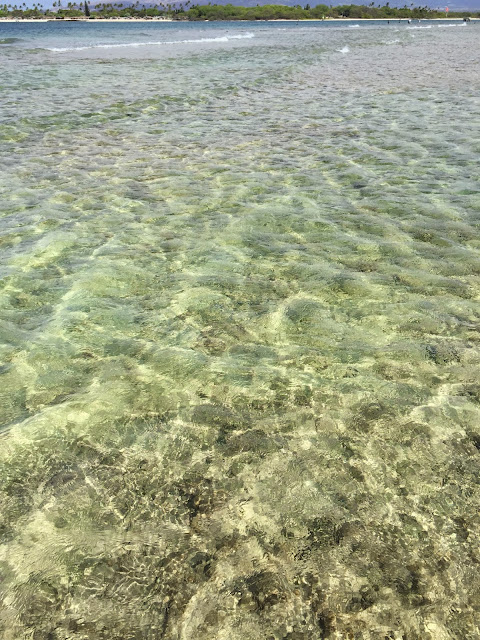 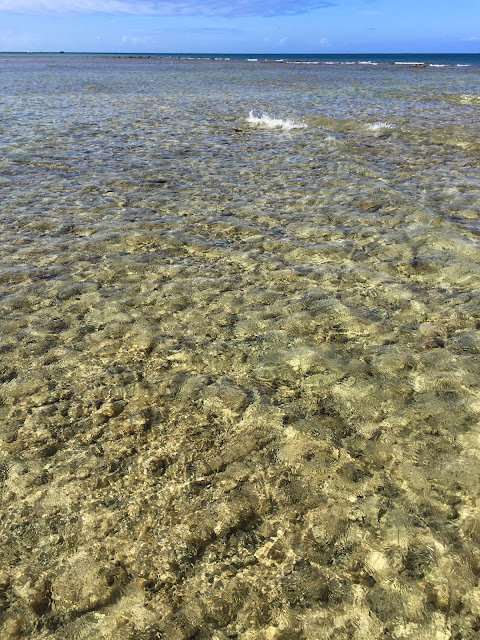 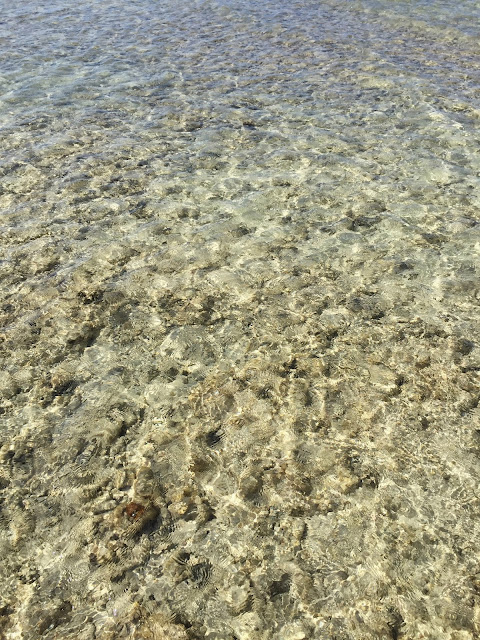 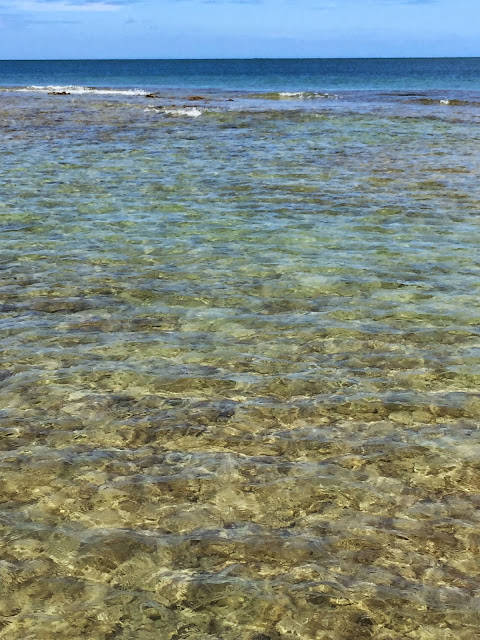 I didn't get any pictures of the fish but it was a big one. I did take pictures of the flat with the sun out - and some bones cruising the deeper channels - but on second look, I couldn't find the fish in the photos. I had polarized amber lenses on and the camera didn't. So I knocked off the two last fish on my Hickam bucket list - but these were had on spinning gear and I still have to do the same on the fly. But for now I can start exploring other spots without feeling like I got beat by the fish at Hickam.
Posted by Victor Velasco at 5/18/2015 08:01:00 AM