Noe Racing in the HYSA #1

This past weekend was pretty busy for us. The first Hawaii Youth Sailing Association race for the El Toros and the Lasers was happening on Saturday. This was killing Marlon as he had a schedule conflict with the middle school Science Olympiad States competition (where his team won third place overall), but he knows he can make up for it later. Noe on the other hand was available and I took her to the regatta. 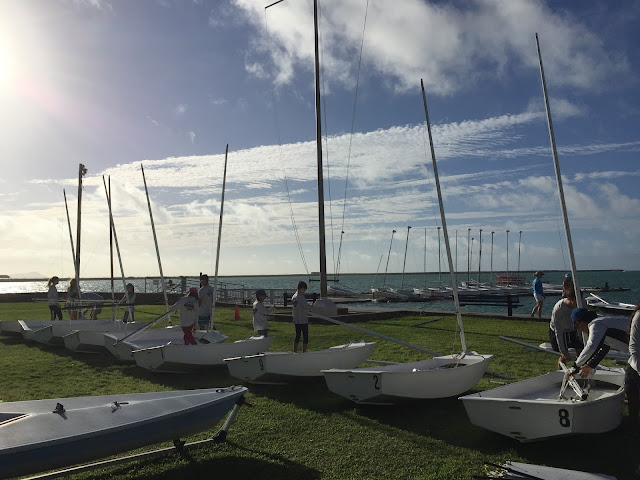 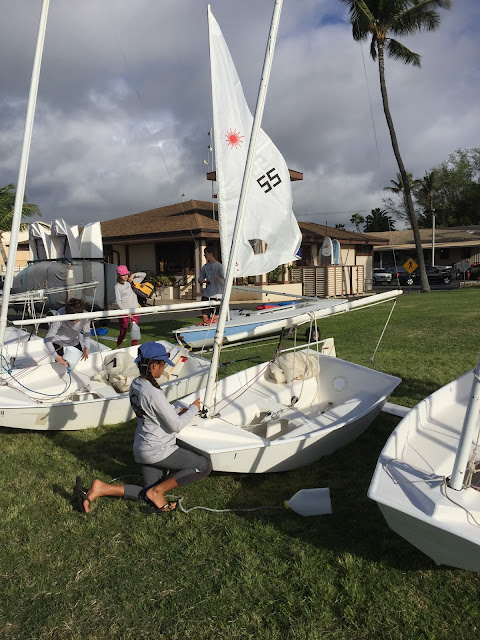 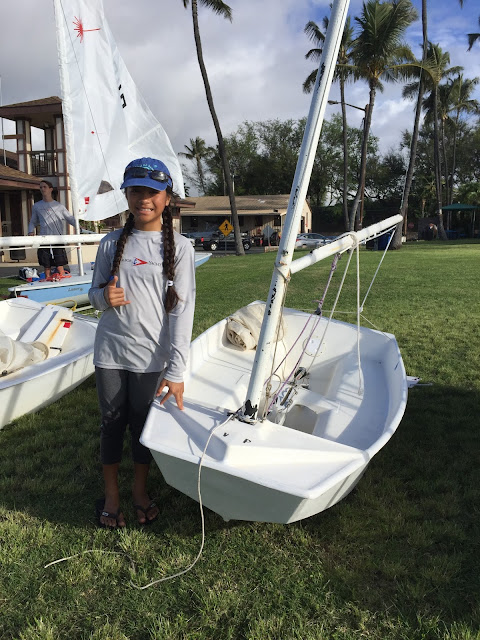 The winds were from the SW and it gave more of a chop to the water than what she prefers. 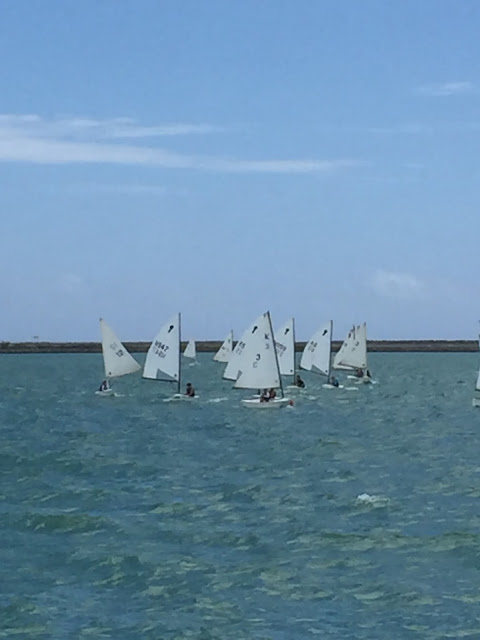 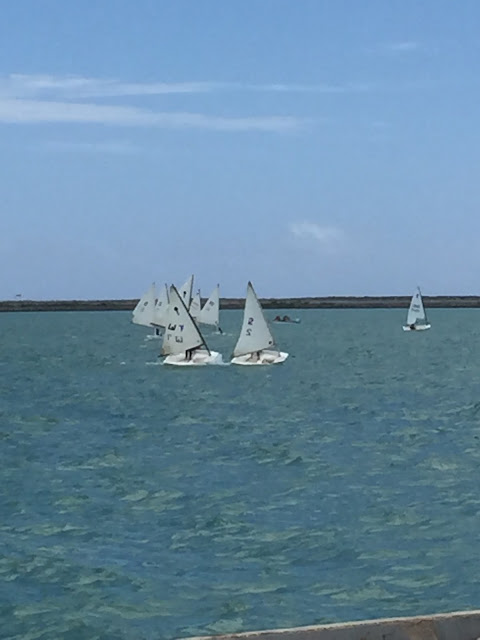 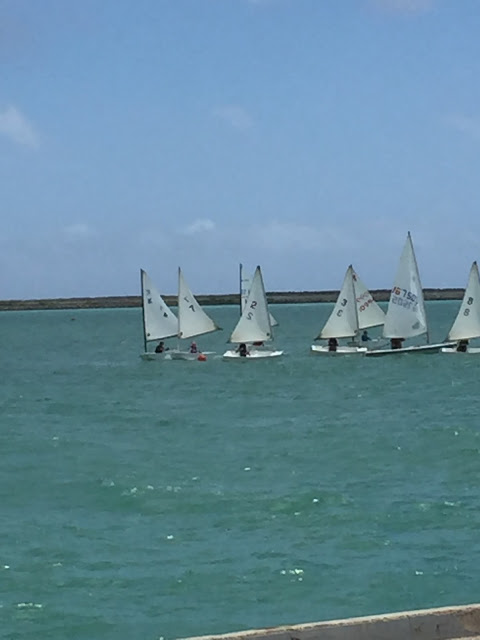 She sailed like a champ and ended up taking 4th place in her division (C4). It was some great experience for her - she knew exactly where she could have done better (she said her starts were not that good) and that makes her a better sailor - especially since Marlon was not there (she totally loves riding his coat tails and she has always learned quickly just by watching him).
Posted by Victor Velasco at 3/06/2017 03:28:00 PM