Marlon and I got in a session before I had to take him to music practice.  The wind was down from yesterday's session (but you can sense that will change once the sun rises higher) and the waves were pretty much the same - which was good for me as I took the foil out again. 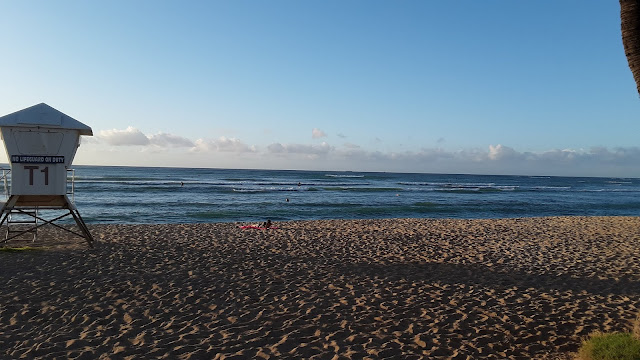 Marlon brought out the longboard and was getting some long rides. 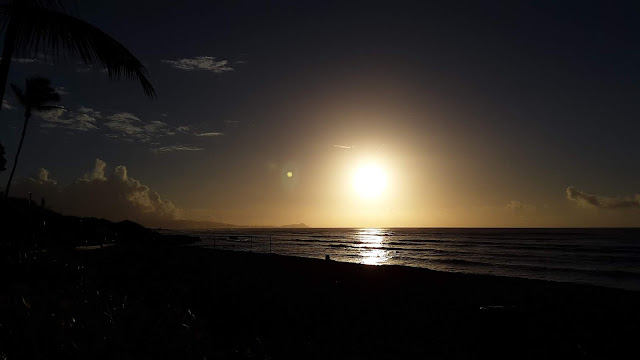 I caught five waves with the foil.  The first three I was able to stand and it wasn't until I tried to turn that the board threw me off.  One of those rides I was way up and stable.  I am being stopped more and more by other regulars as to how the foil works.  I think to really get going I am going to have to finish off the smaller foil boards.  With those I won't be fighting the less than optimal board-foil compatibility issues.  I'll try and get at least one finished this coming week.