Another Friday evening, after work windsurf wave foiling session.  I used the Iwa front blade with the 29.5" - the wind was blowing hard (gusting past the mid 20's), mostly (when it wasn't, there were some big holes to slog through).  Still rigged the 5.0 Simmer Style as the steady breeze was 13 to 15 mph. 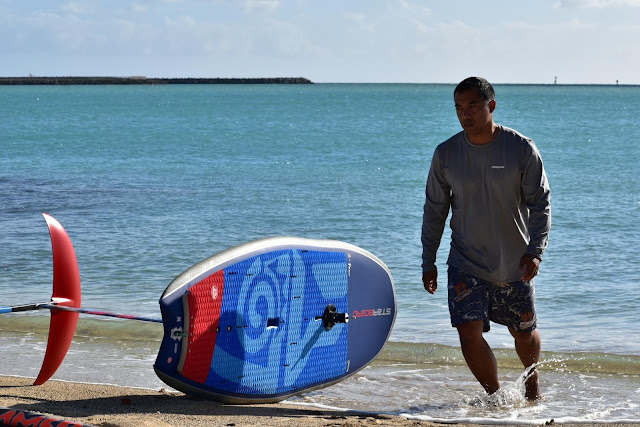 Beyond the conditions, the Iwa foil seemed to be a champ in the higher wind conditions.  I didn't feel the cavitation (???) or 'burping' that I did using the Maliko 200 at similar speeds. 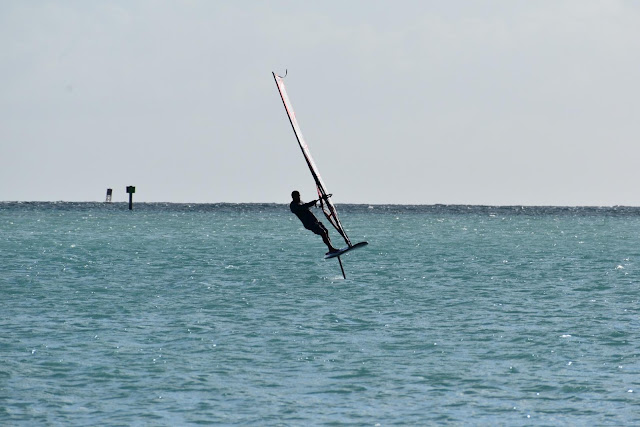 I was able to get a bunch of long rides - pretty much runs from one end of the race track to the other.  There were several runs where I didn't even feel the sail pressure (sail was fully sheeted out). 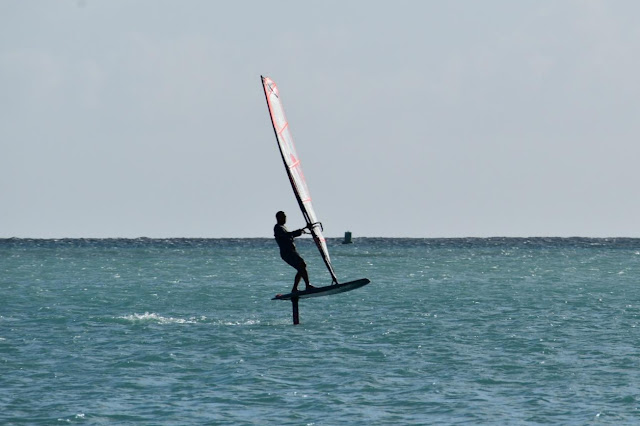 All was not honky-dory... a few runs had porpoising, and one of those runs had the mast striking the board nose.  I got a crack on the top deck of the nose and a small blow out on the front rail.  Not a bad ding, but it'll be a pain to fix.  I'm going to modify the nose to prevent this from happening again...  But looks like I won't be windsurfing this setup for a couple of weeks.  La and the kids were at the beach and La got some great pictures of me flying the foil.  It is great learning something new!