I went foiling on Tuesday.  Apparently there was a total solar eclipse somewhere on Earth on Tuesday, and it was also one of the first summer King Tides.  With those events going on, who could not get in the water? 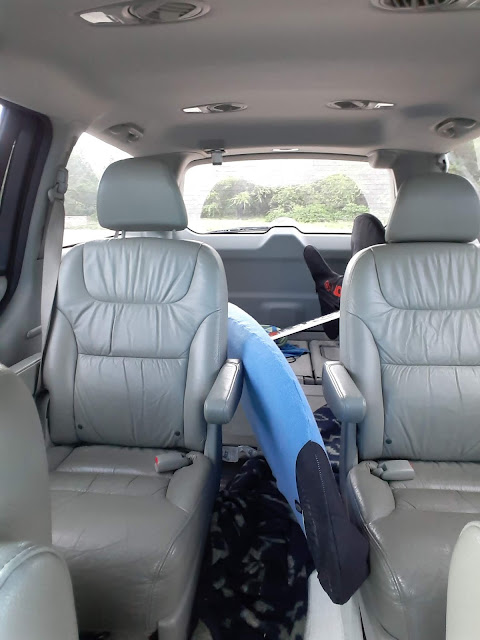 There was actually a decent swell in (could have done some damage on the outside with a conventional surfboard - I didn't paddle out there because I had the Infinity 76 - I should swap it out for the Gamma).  I had several rides - and I could feel the foil reacting to the energy in the waves, or when I got into a good pumping rhythm.  Definitely able to control lift better now - back foot pressure is a thing in foiling.  I didn't use my rash guard and my stomach skin got some good deck pad rash.  I'm definitely a convert.