I came home from work on Wednesday and I was wiped.  Took a nap and slept for longer than I wanted to.  Despite the long nap, I also wanted to see if the swell picked up (as had been forecasted) so Marlon and I headed to the beach. 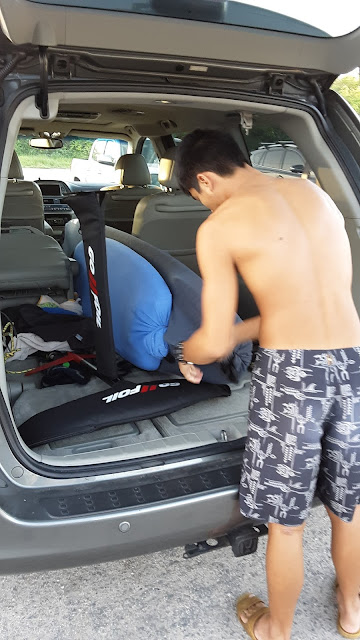 I brought the Go Foil Iwa on the 24.5" mast (which is really 27.5" with the 3" track conversion box) and slapped on the Kai tail.  The swell was just a bit bigger than two sessions ago (last Friday), which translates to less than waist high.  I set the foil to just behind the Infinity 76 baseline position. 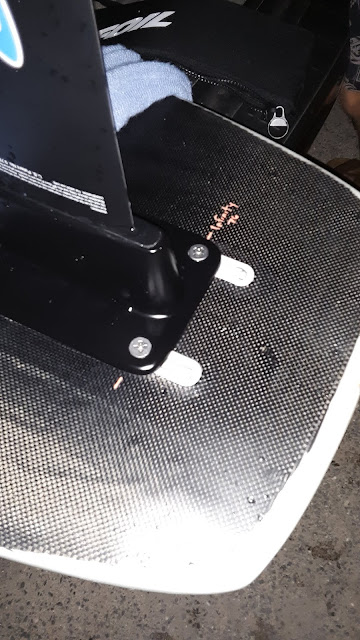 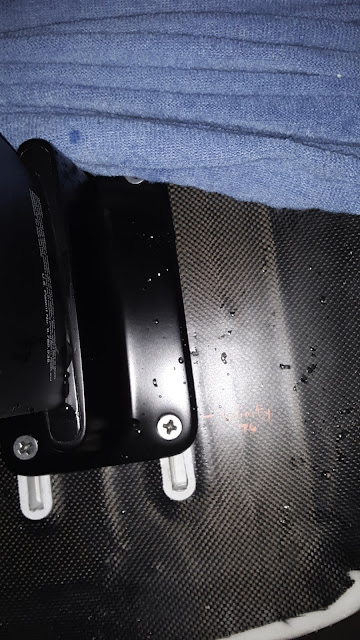 I did try to move it up mid-session - thought I could use more lift and the pictures above show where the foil ended up.  I caught one notable wave and several where something just felt off.  I even had one wipeout where I fell on the front wing (I didn't get poked or stuck - I felt the down curve roll under me).  The tide was at 1.5' - I touched bottom once while paddling back out to a wave.

Marlon was catching everything on his tanker.  Sometimes I get tempted to go back to longboarding, but this is the year to learn the foil - I must stay focused...
Posted by Victor Velasco at 7/25/2019 09:19:00 PM