Hit the pre-crowded surf just after dawn.  Waist to chest high swell, rising tide (+1.3' to 1.7').  Some wind, especially as a squall came through, but not so much that it changed my foiling.  I took out the same setup from the previous session - Slingshot Infinity 76 on the 24" mast and the 5'2" prone foilboard.  I was focusing on steeper takeoffs - using my front hand as a third foot keeping more pressure up front to keep the nose down.  These past two sessions I've been using the old "prime" setting that I had identified prior to me taking the 5'2" from rotation to fix the pinhole leaks.  I think I need to push the foil forward to get more lift now. 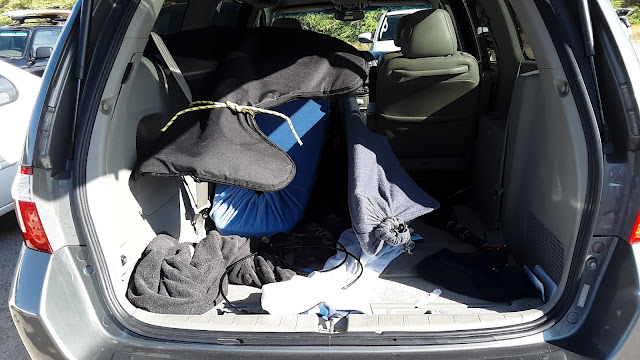