Marlon and I hit the beach at first light on Sunday. 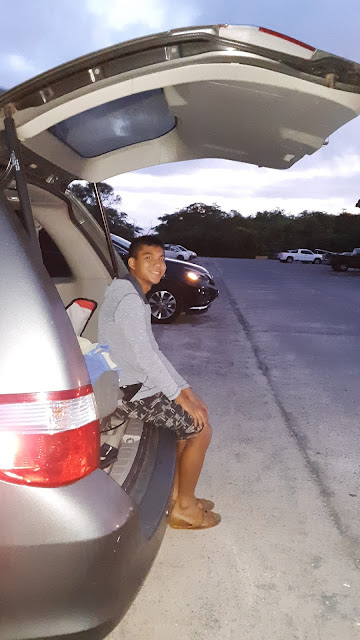 The wind was light, the swell was up (chin high on the sets, if not higher) and tide was headed to a high of 2.0'.  Same equipment as the last few times.

I paddled out to the green waves to see if I could takeoff on these - I wanted to find the upper end of the CF1600's range.  Well - I found it.  The first three waves I took off on I was able to get to my feet, but the speed I was going was a bit much - I got thrown.  If I did make the drop and settle, I ended up breaching.  I figured I should stop beating myself up and stop trying to break my gear by going back towards shore and picking up the waves once they've dissipated some of their raw energy.  After that, I was getting some really long rides and cranking some turns.  I had one turn where the foil dropped out from underneath me again.  After that I tried leaning into the turn and anticipating the extra speed and the turns seemed to get better.  Further in the session, I had a mix of aborts (it got crowded and I had to stop or put the noobs at risk if I messed up the ride) and wipes (green waves again... can't help myself).  At this surf height, I should bolt on the HS1550.

I was using the Takuma coiled leash - I won't be doing that again - I never felt comfortable using it. 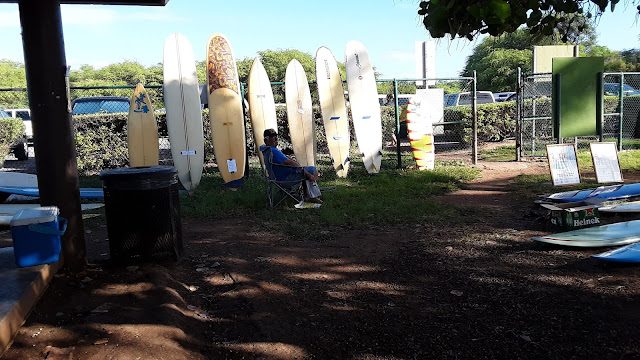 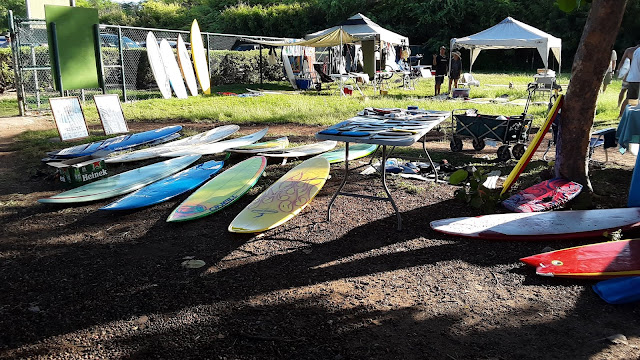 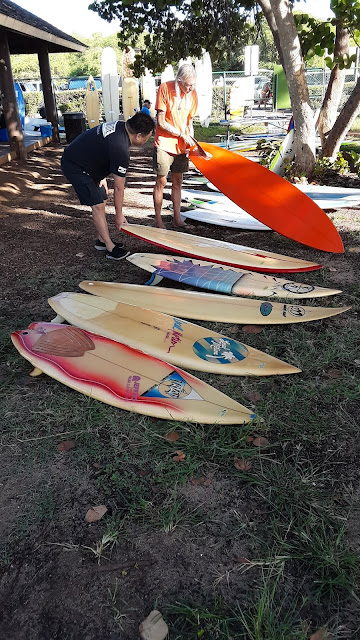 This was also the day of the Board Swap at Kalaeloa.  Lots of cool boards!