Nice chunk of energy directed North - the waves were nearly head high on the sets and the background waves were waist high.  What an awesome gift from the Southern Hemisphere in November! 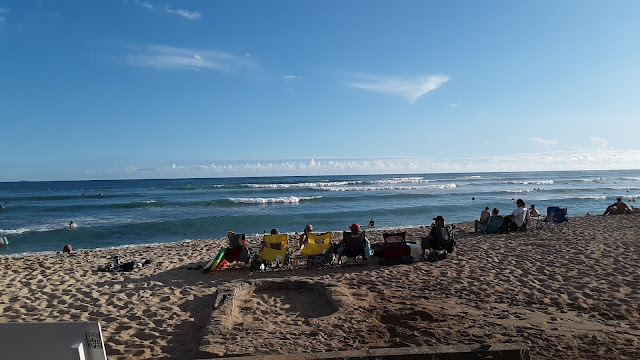 I went out from 2:00 to 4:30pm when the tide was high (at 1.4' - with the waves breaking so far out, the water was deep - no worrying about hitting bottom waiting for waves.  The wind was pretty much non-existent, and the crowd was manageable.  I kept getting drawn out to try and catch the big ones while they were green.  I picked off a couple successfully - but ate it a several more.  Pitching lips, bottoms dropping out and bad foot placement on takeoff - made for a humbling experience.  I really didn't think it was going to be as big as it was so I left the CF1600 on - I should have bolted on the HS1550.  At least I got to find the upper end of the CF1600 on the 5'2".  I'll switch it out tomorrow (the swell is supposed to stick around until Tuesday - like I said earlier - a total gift this late in the year).

I did get some really long rides - speed runs along the wall, cutbacks (although large radiused) as the sections closed, and a few flirts with pitching sections - I LOVE FOILING!!!   I should have stayed closer in and just picked up the reform - I would have been more successful - but then I wouldn't have had all those awesome wipeouts!
Posted by Victor Velasco at 11/09/2019 08:35:00 PM