Hit the surf in the evening after work yesterday.  It was small (maybe thigh high), but with almost no wind it was fun.  The tide was low, so I opted to bring out the longboard ( I hate worrying about whether I'm going to hit bottom or not).  After three waves, I figured I'd better figure something else out to make longboarding interesting on days where I should be foiling.  I took off regular then after the board settled, I rode switch!  I then did that for the next six waves.  I felt like I couldn't weight my front foot or I would have bogged down the board - probably because I didn't takeoff going goofy and moved up from regular stance.  And on the last wave I just took off goofy.  Rode that one almost all the way in.  I'll bring out the GoPro next time and get pictures (I'm sure they won't be pretty). 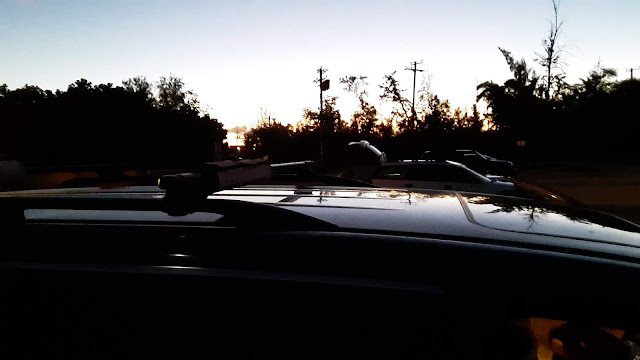