I went out again this afternoon - the report called for a continuation of the swell that has been providing energy here on the south shore.  It was not as windy, just a hair smaller than yesterday and when I was out, the tide was just over a 1' - but it was still challenging to ride.  Marlon came along also just to get in the water - and he brought the Coil.  He caught two standing up and a third on his belly, then went in because it was kinda cold. 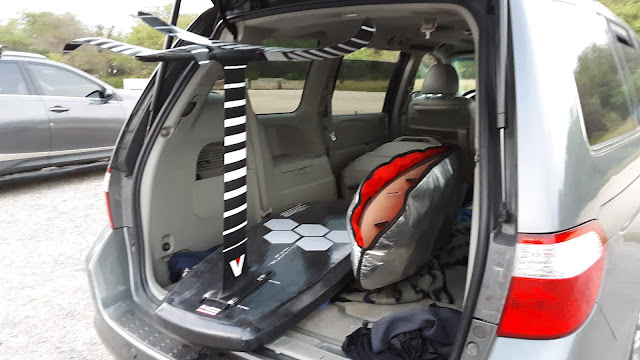 I stayed out and got a few long rides - on those there was a bunch of interference affecting the foil - mostly the texture on the surface (and I think a counter current underneath).  I did wipe on a few, but because of bad front foot placement.  I may strip the wax under the front foot and paint on some large red (or orange) circles so I can visually see where I need to get my front foot.  Right now I don't have a contrasting reference point and I'm making adjustments to get to where I'm balanced.  This is actually the same problem I was having with the two longer foil boards - until I got a front foot deck pad put on.  We'll see.  The 4'10" and CF1600 combo was perfect for today's conditions.
Posted by Victor Velasco at 1/14/2020 10:05:00 PM