I have been fighting the flu for the past two weeks and today was the first day I was able to get some surf.  It didn't help that I've had to stay late at work trying to get some initiatives moving - but truth be known the conditions have not been all that great - strong trades, heavy rain and a mix of swell. 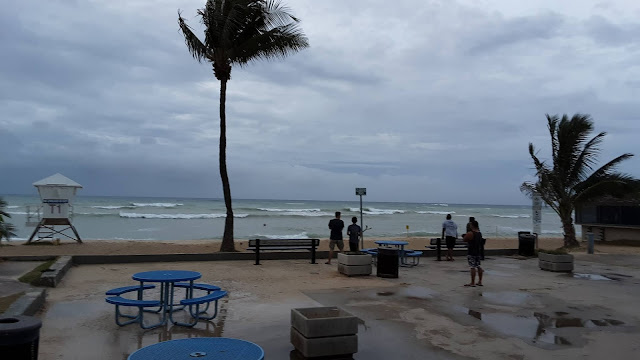 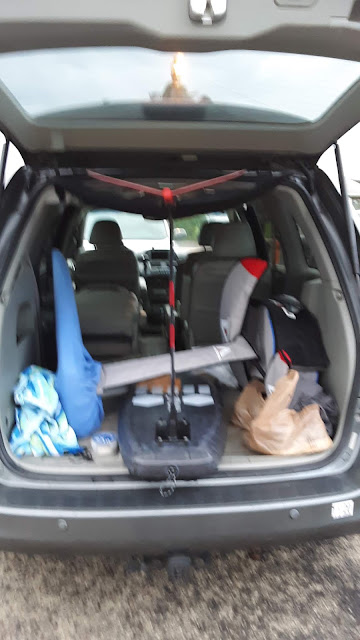 I got two fun rides off the bat - and with the tall mast, being up off the water that high was a blast.  But then I ran into a spell of weird conditions where I couldn't catch a wave and ride.  I'd get thrown (pretty hard on a few) and actually no one was catching - the wind was howling by this time so I decided to catch one more good one in.  Three mediocre waves later I caught the good one but still had to paddle in.  Here is where I had the foil set.  I think I can drop it a notch further back in the tracks. 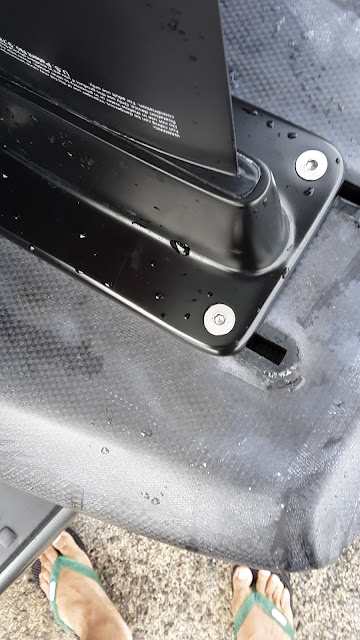 So after a couple of sessions on the 4'6", I'd say it is demanding of what wave it'll takeoff with, it is demanding on takeoff - timing is critical to go or no go, and it is lower in literage.  I'll keep using it, but it may be a board I can use to kite foil.  If I go tomorrow I'll ride the 4'10" and the Armstrong - might work better in these sloppy conditions.
Posted by Victor Velasco at 1/11/2020 01:29:00 PM