Marlon and I hit the beach again this morning. 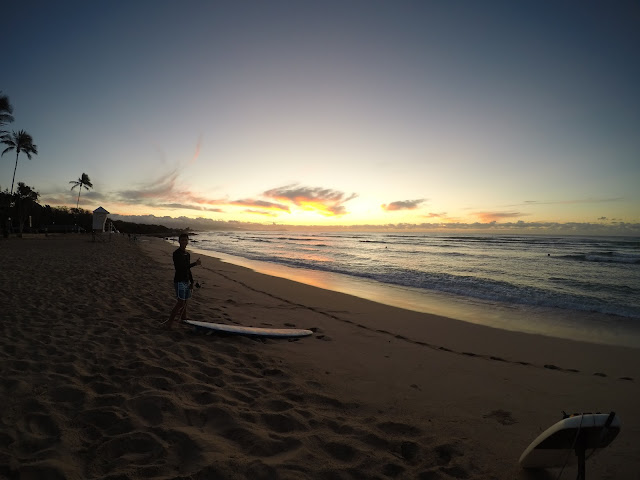 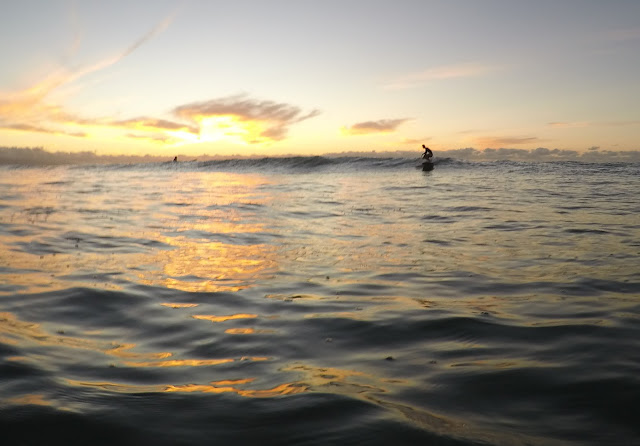 The size came down a notch, but it was cleaner than yesterday.  The tide was lower at 1.0'.  We stayed out for a couple of hours and we really didn't have to wait for waves. 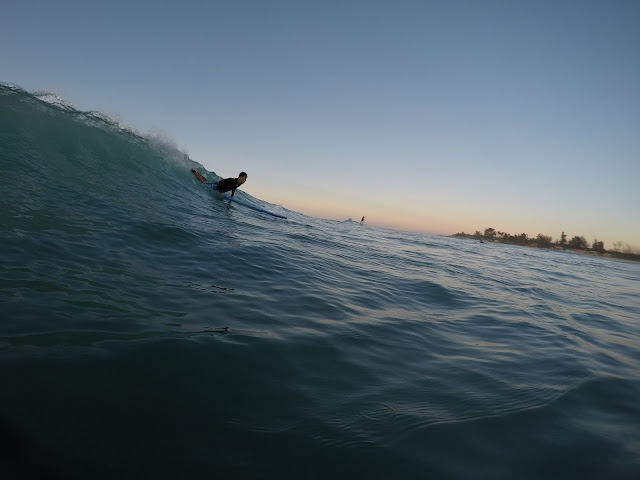 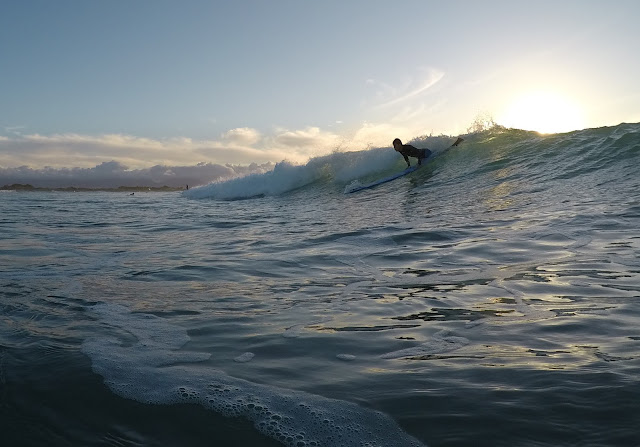 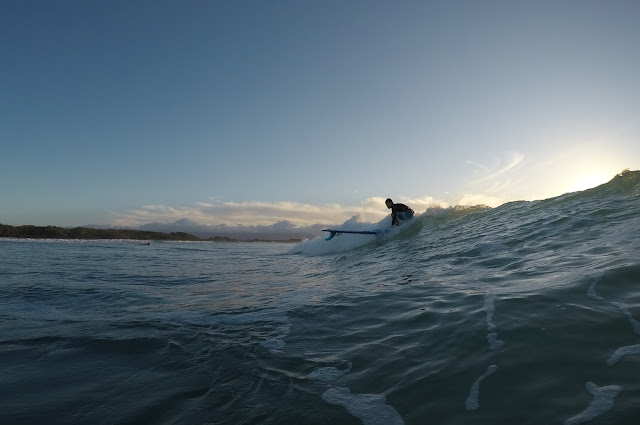 Marlon was working on his helicopter takeoffs - he nailed three! 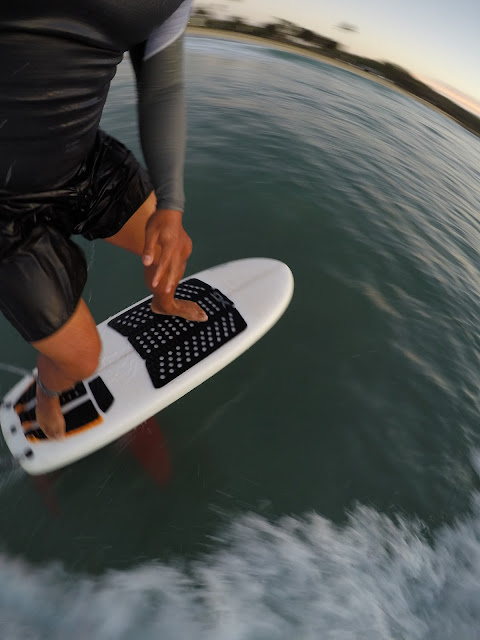 All trimmed up and running at a good clip along a breaking wall - this is foiling bliss! 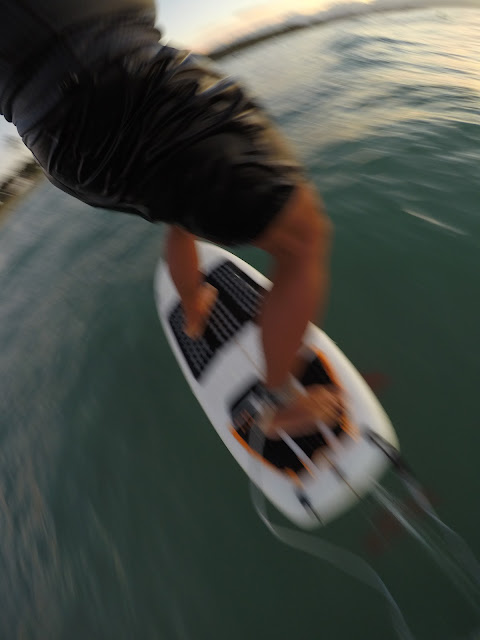 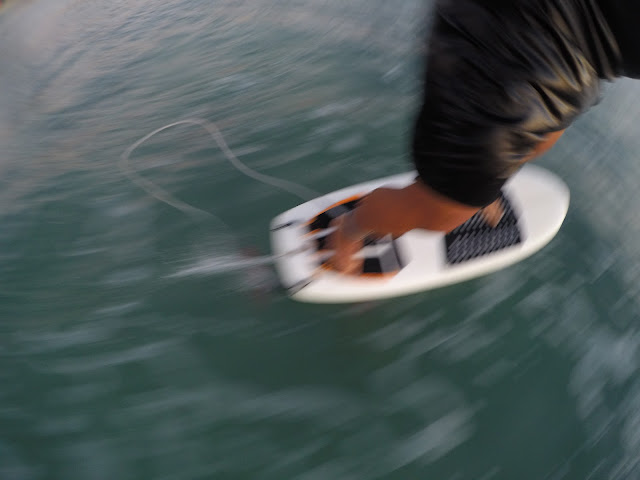 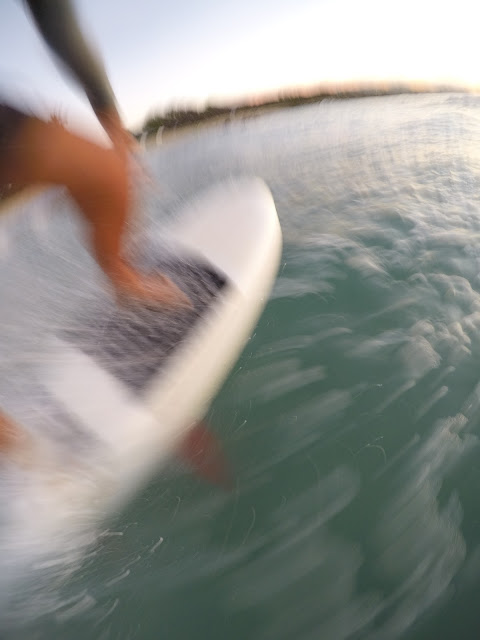 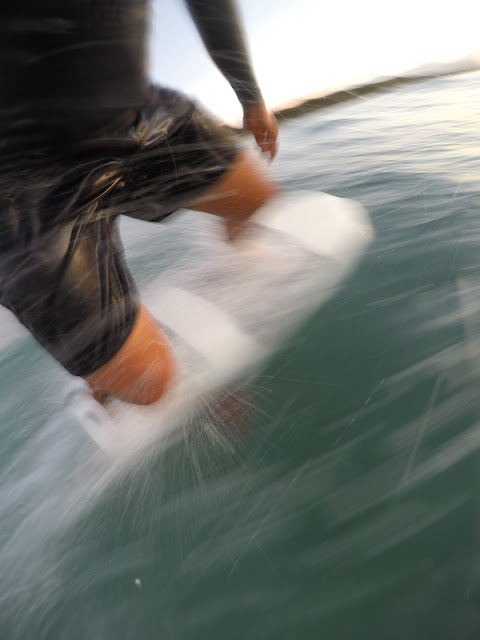 These blurry pictures don't capture the speed that foiling occurs at - way faster than surfboards because there is way less friction to overcome. 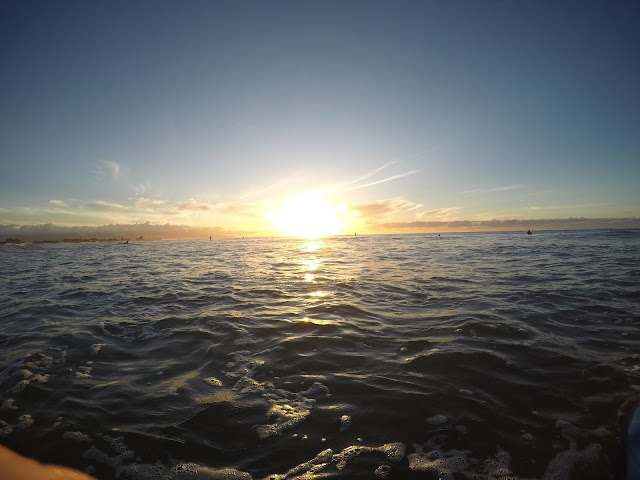 I was happy to just catch waves and ride them all the way back to the beach (not all the way - just to where the water was still deep enough to not ground the foil).  I had my fill of waves after a couple of hours - we had it best early on when the crowd was less of a factor - dawn patrols rule!
Posted by Victor Velasco at 2/02/2020 05:30:00 PM