Marlon and I went out in the early evening - waves seemed smaller than yesterday even though the reports were saying a minor south swell was supposed to be filling in activity in the Tasman Sea.  Still seemed smaller to me compared to yesterday.  The wind was still up, but the direction changed enough to make the waves a touch cleaner.  The tide was a dropping high, down from 1.1' (doesn't matter - I didn't bring the foil because I didn't want to deal with the shallower depths). 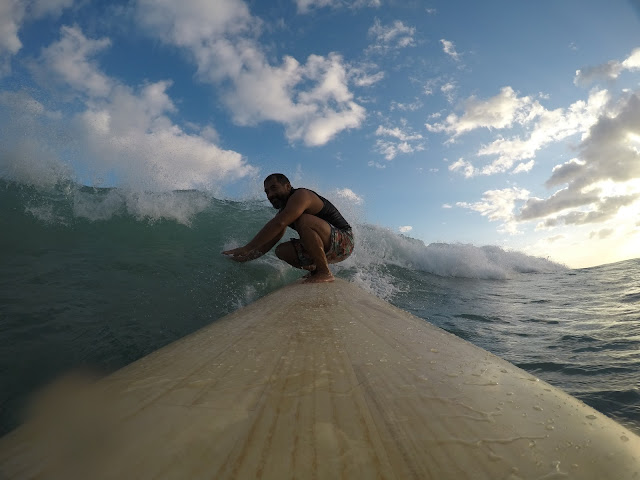 I brought the Viking out again - no surprise that I was catching waves pretty early.  I lined up a couple of walls, but as the evening went on, so too did the waves. 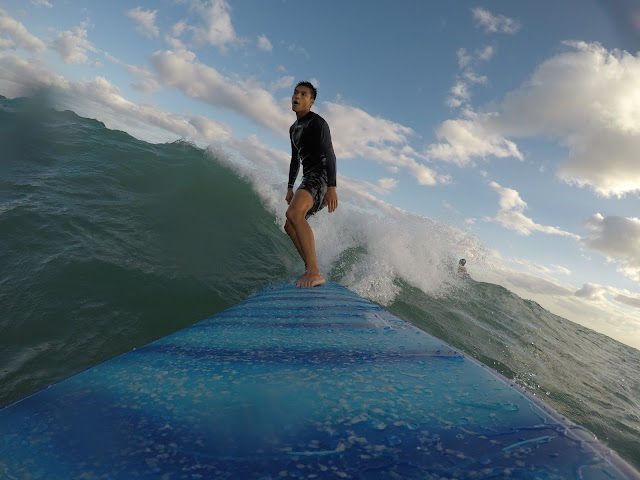 Marlon was catching a lot as usual. 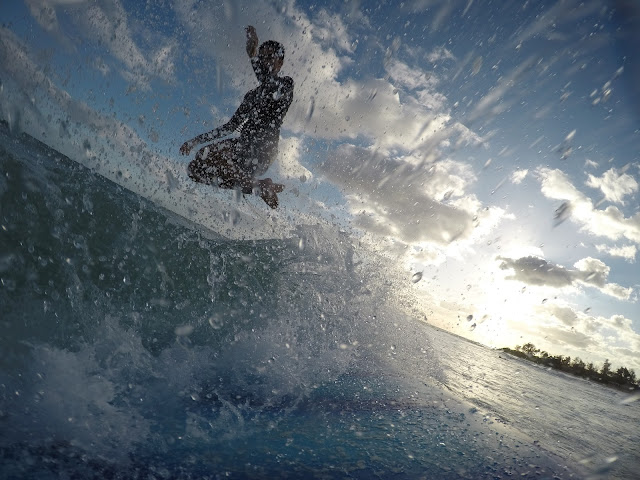