Based on the previous days of surf, I thought there was going to be similar conditions - but when Marlon and I got to the beach, the surf was really small.  We were out anyways so off we went.  The wind was coming out of the west (odd), but it did not impact the surface much.  The tide was at 1.6' - I could have brought out the Armstrong with this depth, but I kept with the previous setup for expediency (5'2" Foilboard and the Maliko 200). 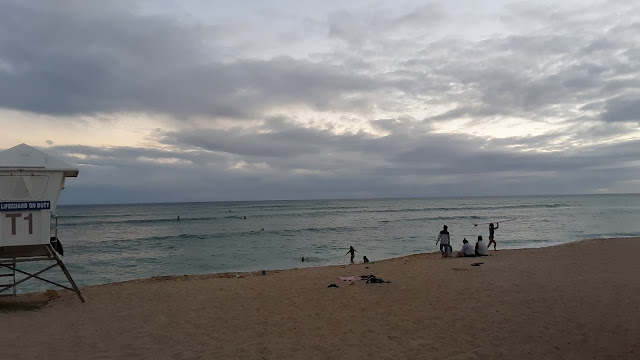 I caught five - the first I came off early due to foot placement, and every wave got progressively better from there.  My last wave was sweet - lots of glide and got in some hard turns but as I rode it all the way in, my dismount got twisted and my right shin caught the underside rail of the board.  Now I have a ding repair to knock out (and since I'll be working on the board, I'll switch the vent to an auto). 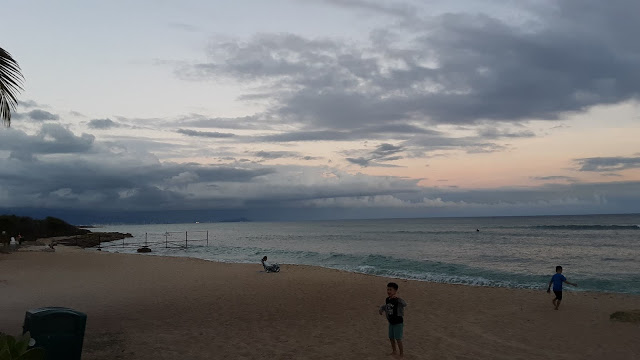 Marlon came in earlier than I did.  When it gets this small, it actually starts to get a little frustrating because some people feel they have to surf every wave.  Add to that the takeoff spots condense down and it could make you want to just pack it up for the day which is the opposite effect you are looking for in surfing.  The swell is supposed to be down for the next several days - good time to catch up on the garage projects.
Posted by Victor Velasco at 3/12/2020 04:02:00 AM