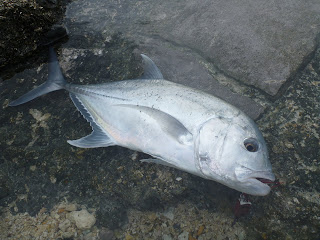 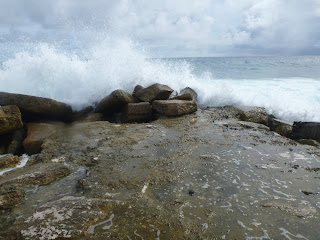 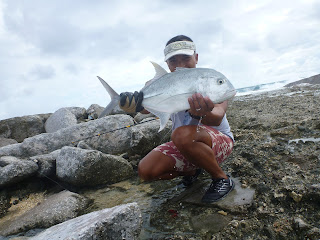 Nice fight from this GT!

I had to time the retrieve between sets - the surf was PUMPING!!!

Nice chunky waves that were begging to be ridden!

There were tons of water pools (due to the overtopping surf) - I plopped the GT in one. After finishing, it was still strong -

I lost the lure though - on a rock that I could reach if it wasn't for the pounding surf.