Okay - here we go. First off - find a hook that you like and will give you some room to tie on a bunch of stuff. For my horderves (all two f them), I have been using Gamakatsu SL11-3H - they have a slightly longer shank than the Mustad 34007 that I normally use for saltwater flies. 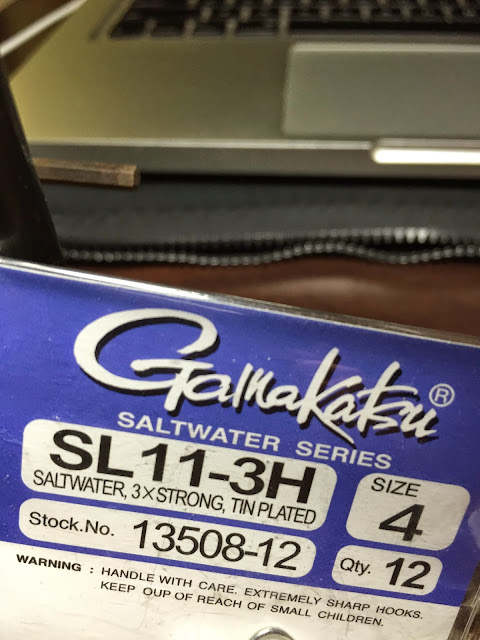 Get your thread bed going and tie on some medium bead chain eyes pretty far back on the hook close to the eye. You're going to also tie on a piece of mono to act as a weed guard and wrap some lead wire across from the hook point. You are going to want this fly to get down to the bottom fairly quick. The weight front and back will help it get down, but you shouldn't be sacrificing presentation since all the parts that stick outwards and the foam body will help soften the landing. For the weed guard, I recommend using #12 mono. Last time I used 25# Mason and I think it was way to rigid - I believe I had the fly mouthed by two different bonefish and both times I tried strip setting the hook to no avail. The lighter, more flexible mono (#12 in this case), should resolve that problem and still help keep the point from getting fouled. 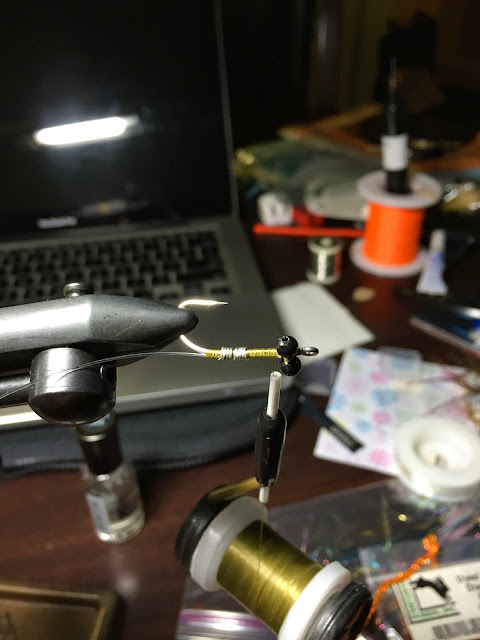 Now take a second and prepare the eyes. I use tiny glass beads on mono. Melt the ends of the mono, getting the bead to the burnt end while the mono is still hot and you're done. Because these eye stalks are going to be epoxied on later, it's ok if the bead slip a little. The melting is just to make sure they can't fall off the mono. 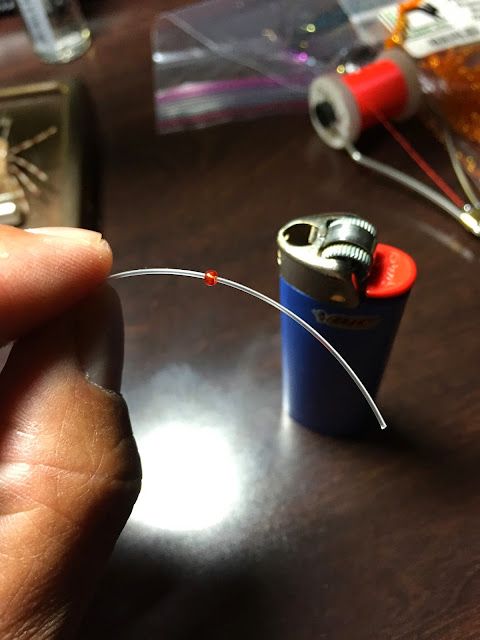 Put the eye stalks aside from now and tie on 4 strands of rubber legs. These get tied on to the bottom of the hook, close to the bead chain. In the pictures, I tied these going toward the hook point. After the majority of the fly was built, I pulled them backwards. In the future, I'll just tie them so they go straight out from the hook (so they are closer to the final product). 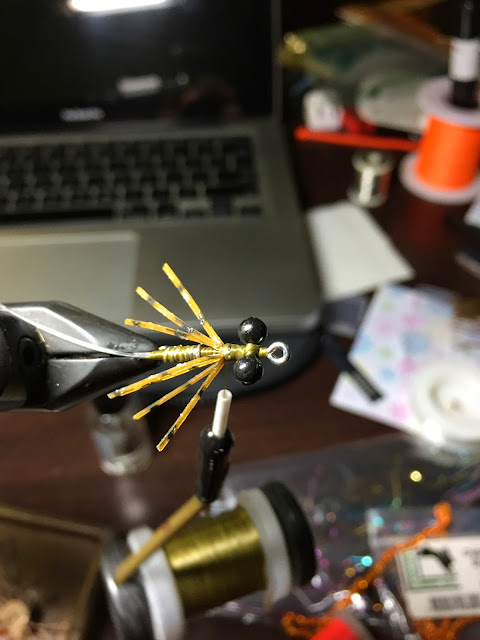 Now flip the hook over and tie on the material you will be using for the crabs pinchers. This goes on roughly opposite the legs. I use McFlyon, but you can use whatever - hackle would be good too. 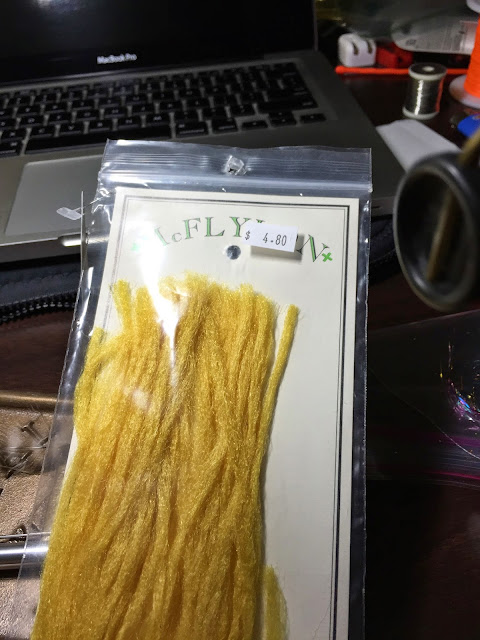 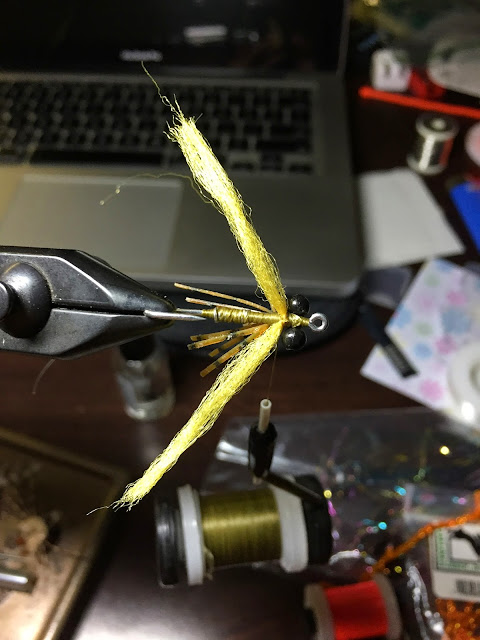 Now comes the hard part - set the eye stalks on the foam body. The points opposite the eye stalks should point to the back center of the fly - these will become tie down spots shortly. You'll want to get them over the bead chain. When you get it laid out, get some epoxy on it. If you are lucky, you can get the epoxy covered crab on in one step (remember it goes on the top of the hook). This one landed a hair too far forward. Ideally the body would have been another couple of millimeters back toward the hook eye. 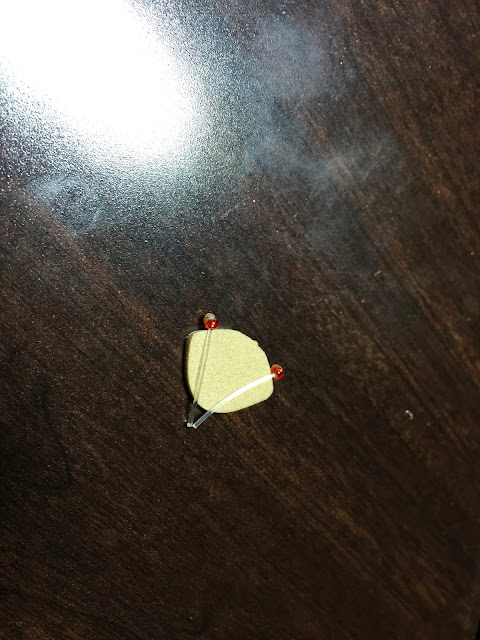 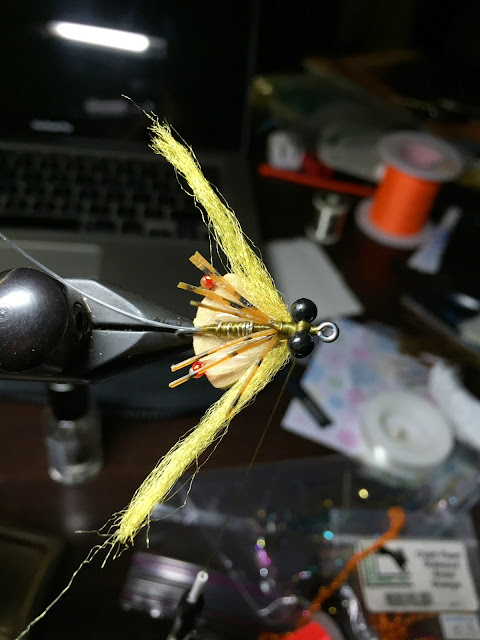 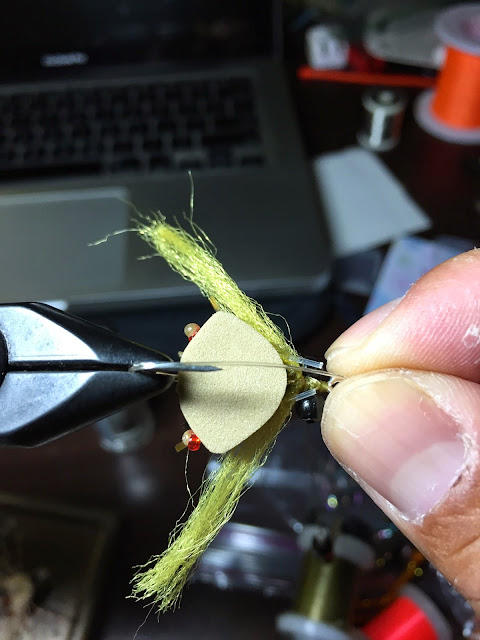 Tie in the mono weed guard and at the same time wrap over the mono stalk ends. Use some more epoxy and coat the pinchers. Trim to your preference and put some 'v' markings on the ends to make them look a little more like pinchers. 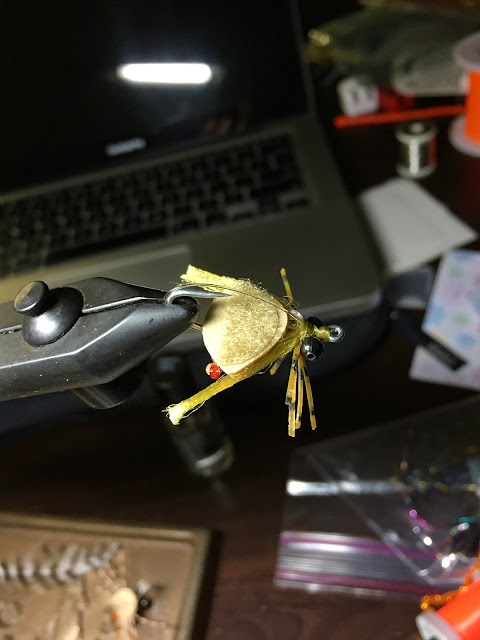 Lastly I put half a velcro tab on the top of the crab foam body, mostly for looks, but on the first horderve, the foam started ripping along the stressed areas. I believe the velcro should stop the splitting. Another difference from the first fly is that I didn't poke the eye stalks through the foam body - that was where the stressed areas emerged from. I may try that again in the future (that step made epoxying the body on to the hook way easier), but for now this is how I plan on building these flies. I am looking forward to casting this to the bones this weekend!!! 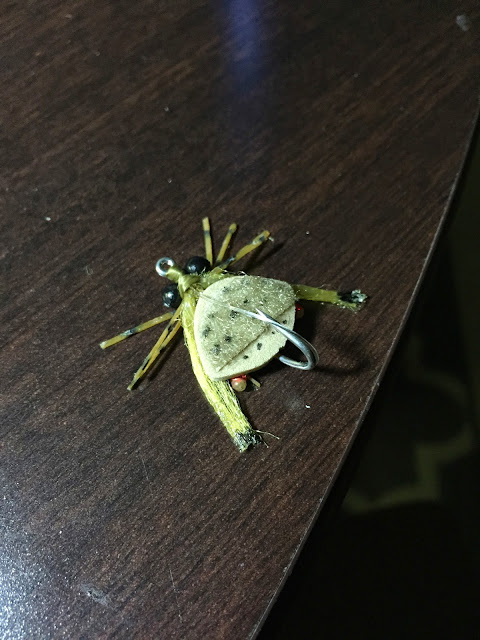