I went flyfishing yesterday to specifically test out the two flies I had recently tied up - the Horderve (yes this is spelled incorrectly IF YOU ARE REFERRING TO THE SNACKS - this is the surfer-redneck spelling of the FLY that I tied - the other spelling is too complicated) and the Fat Belly Minnow Strip. 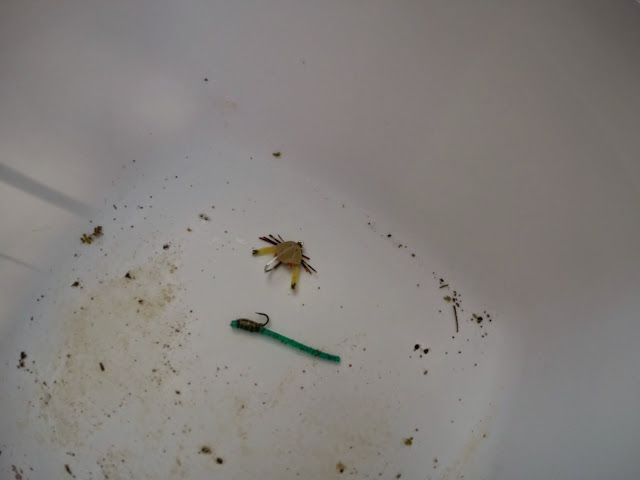 The Horderve as tied did last through the fishing session. It also didn't weigh so much that it affected the casting (it actually cast pretty easily). What did happen though was the back of the body where the eye stalks poke through started to come apart and one of the claws started to come apart. I can fix the first problem with a velcro coin on top of the foam body. The second issue can be solved by using a little more clear cure goo 'hydro' along the length of the claw and not just the tip or pincher. This fly did turn some bonefish heads, but I wasn't able to set the hook. I think the snag guard I set up was too stiff (25# Mason). I think I'll tie the next Horderve with a 15# mono guard instead. I am getting closer the accomplishing this goal (catching a Hawaiian Bonefish). 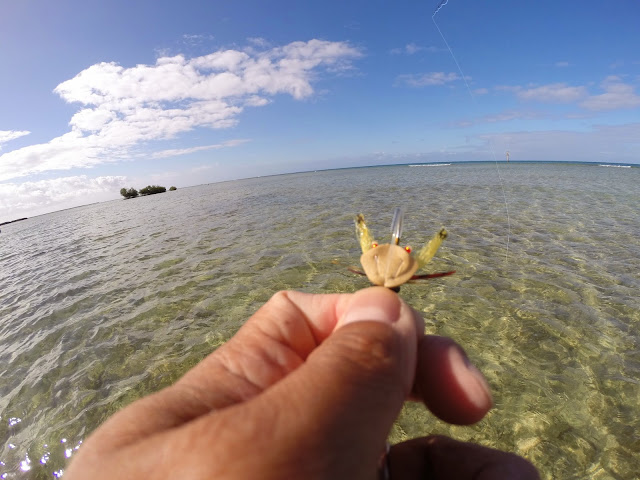 The Fat Belly is a minnow strip that is used for 'whipping'. This one is thicker than the ones I normally use when I go whipping (seems like the papio and other fish like the thinner ones - more undulation action). I put some lead wire on the hook shank, then put some gummi body on the top of the hook shank. Then I put the minnow strip on top of the gummi body. I GENTLY wrapped the portion of the fly that covered the lead wire, whip finished and then reinforced the wrapped body with clear cure goo 'thin'. Too bad the fish didn't hit it. 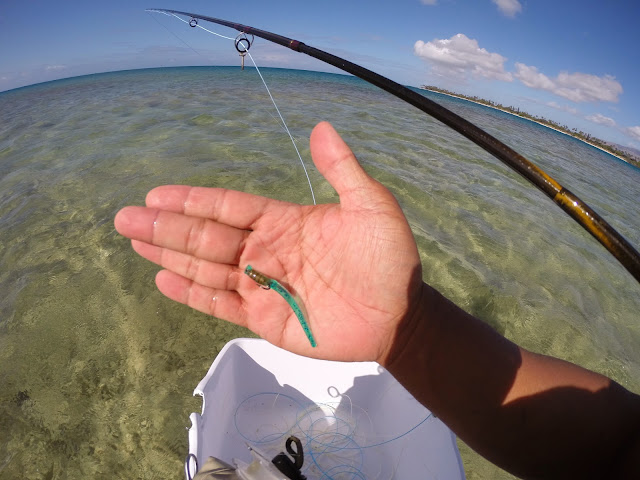