Marlon and I went on a dawn patrol yesterday (Sunday 3/31) and instead of bringing out the foil again, I decided on paddling the Greedy Beaver.  Marlon brought the "Squirrel" (his hybrid shortboard).  I wanted to mix it up just a bit just to keep the muscle memory, and for the fact that at the last outing (Saturday evening) the foil touched bottom twice.  I could have switched to the 18" mast, but decided it was better to just try the shortboard.

It was crowded on the outside - lots of the regulars on their longboards - so I stayed inside and caught several fun ones (albeit not the crown jewels of the day, but my waves also didn't come with multiple riders).  Mostly waist high, but with larger waves on the outside.  Tide was still shallow - but that is to be expected with the nearly new moon. 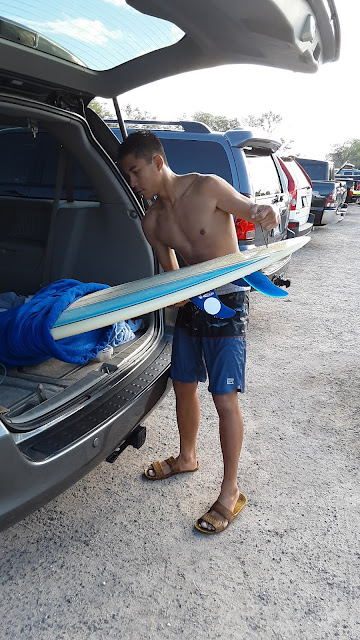