Washing away the week (it was a busy one - but that seems to be the m=norm now).  The swell from earlier in the week had pushed through so thigh high waves were on tap.  The full moon was still gibbous, but it was waning - the tide was high at +2.0'.  I figured I'd be better off using the 5'6" foilboard and the Slingshot FSurf (Infinity 76).

I set the foil where I had last set it on this board (it's been a while since I last used it - in fact I thought I would never use it again but though the past several sessions and yesterday's rides, this board is great for catching smaller waves - the tanker of prone foiling).  I think pushing it just a hair more forward would have been perfect.  Of note, I also installed the Wizardhat Hardware.  It made setup a little bit easier that the conventional M8 25mm bolts and brass T nuts. 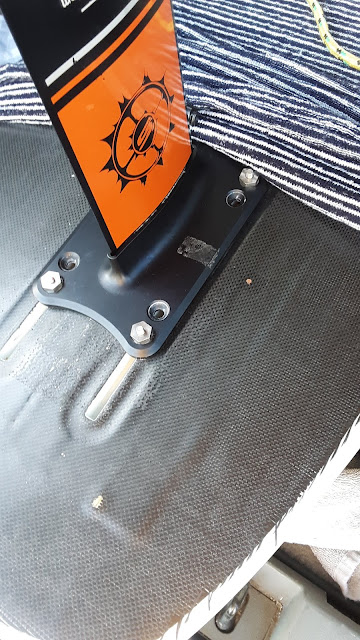 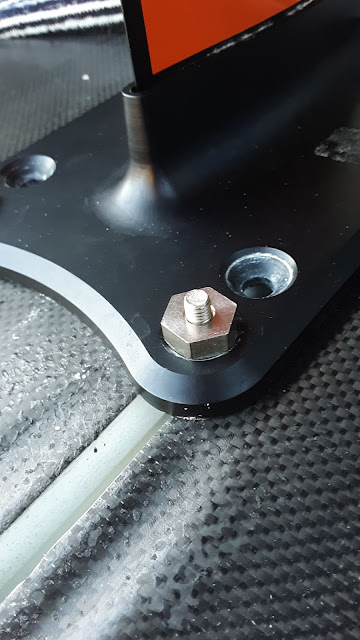 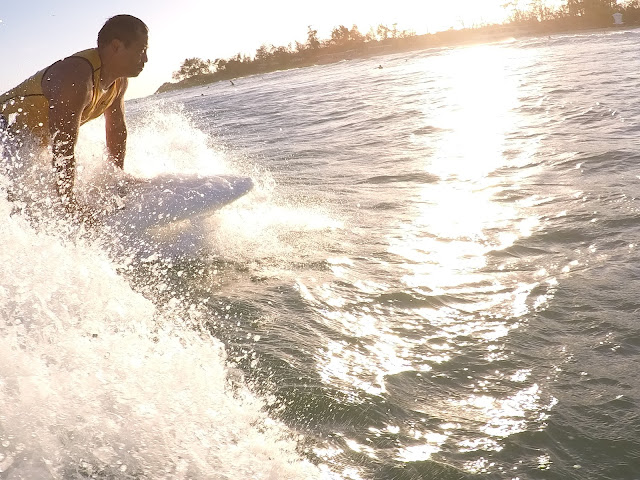 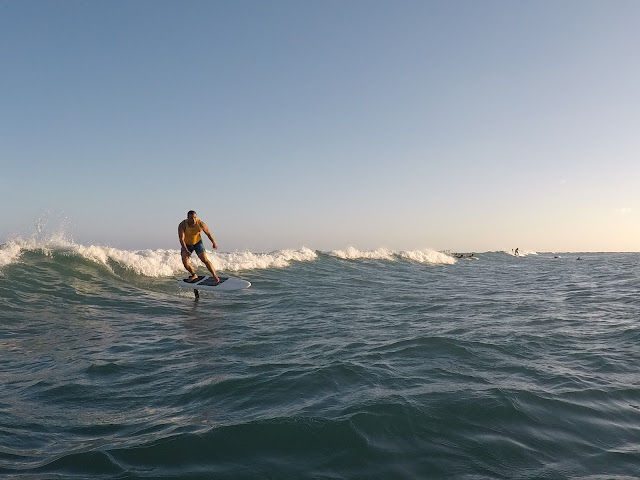 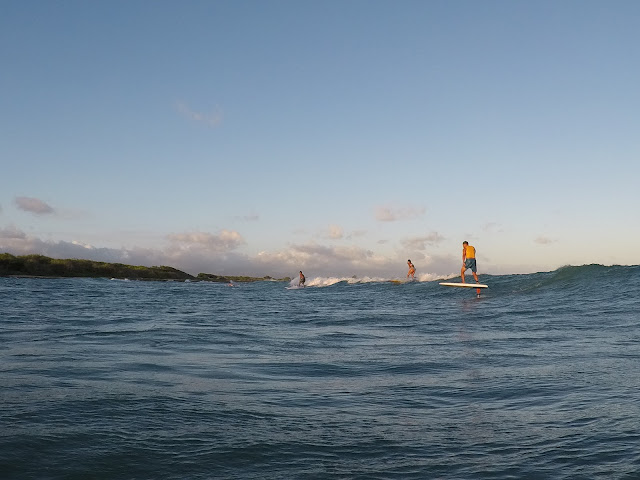 Marlon came out and took pictures with the GoPro.  Let the weekend begin!!!