Full moon = super high tide.  I rigged up the Go Foil Iwa and put on the Kai tail - first time I used this setup.  Marlon brought out the tanker. 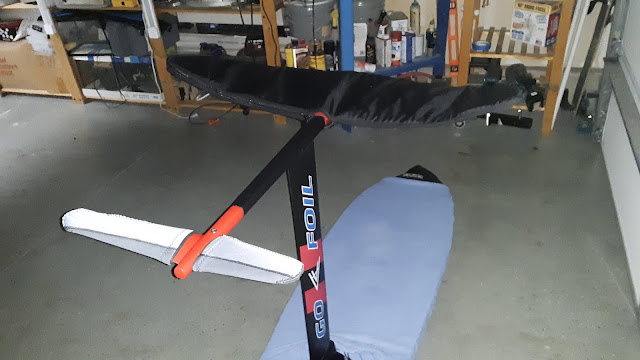 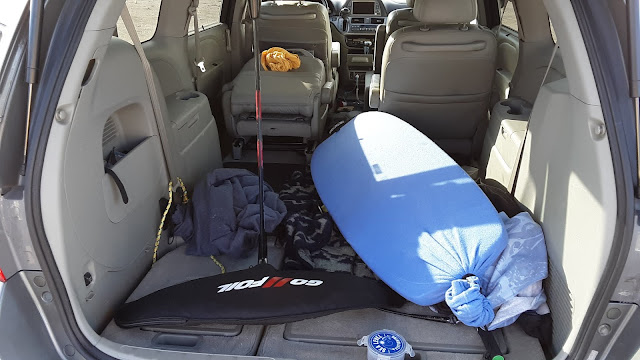 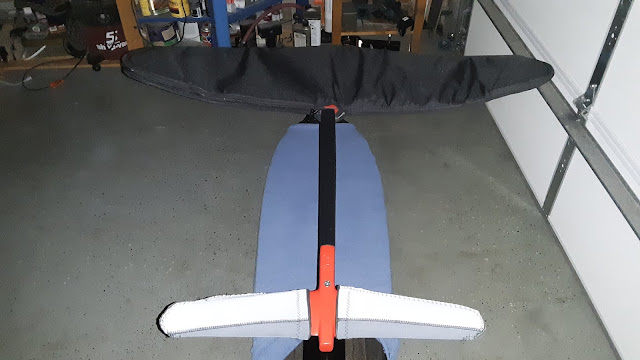 Here's where I had the foil set (just forward of pegged back). 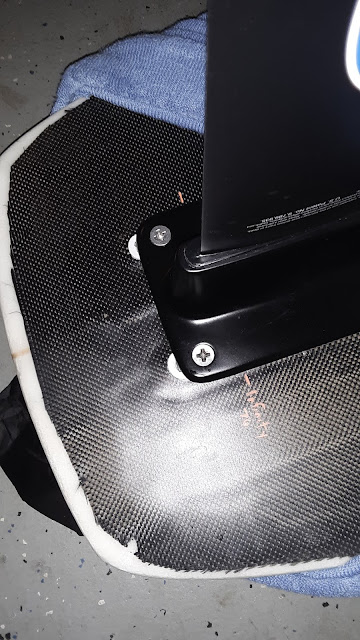 When it was good it was real good.  I got four longer fun rides.  Effortless gliding (the foil didn't even want to get pumped).  But when it was off it was off.  I did have a bunch of waves were nothing came together.  No blow ups, but just no lift, or the foil would set off and I would lean and we would get separated.  Still really fun especially on the really long 29.5" + 3" mast!  There seemed to be a crosscurrent subsurface - or something else that was dragging against the foil.

Marlon was cruising on the tanker.  He caught a few really good ones.  The waves still had some energy in them, but the swell has definitely backed down from Sunday.

And Marlon did catch one of me up on the foil as I was headed in. 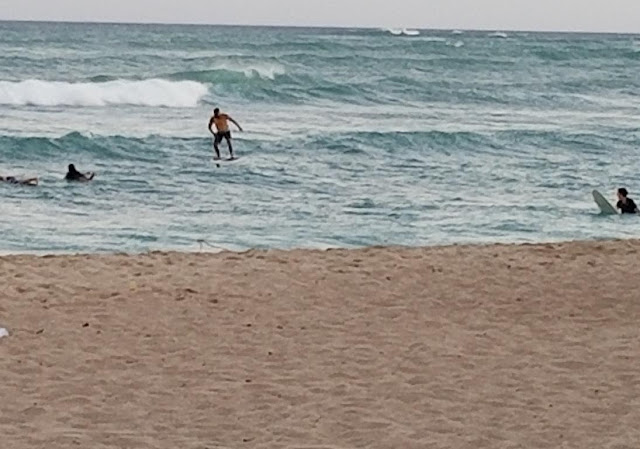 Nice way to end the day!