I got a chance to take the Armstrong out this afternoon at the high tide (+1.5'). 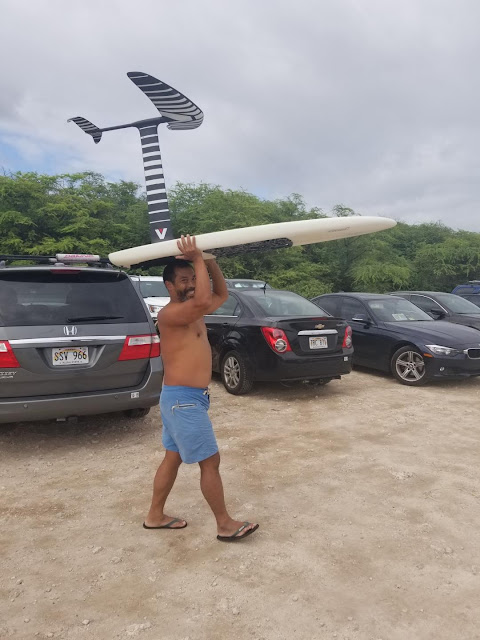 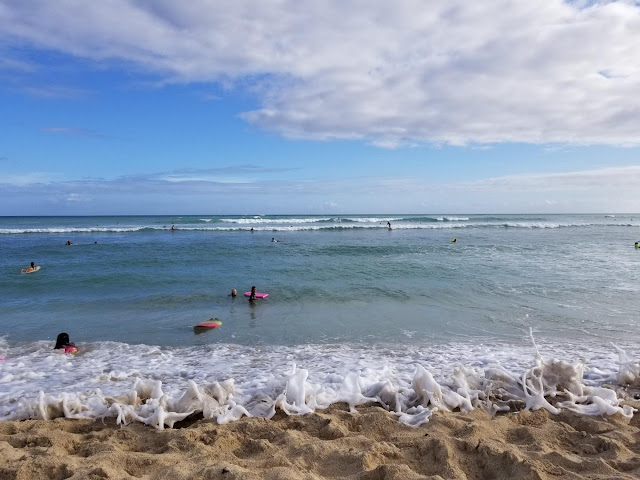 There were some pulses of stronger wave energy coming in (maybe chest high), but the majority was waist or lower (which with the foil is perfect). 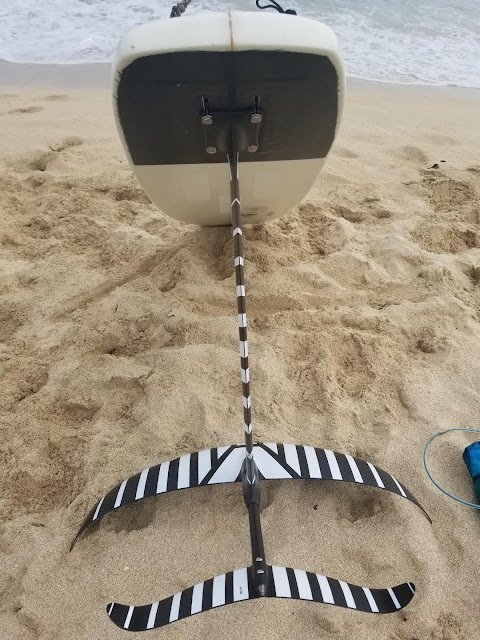 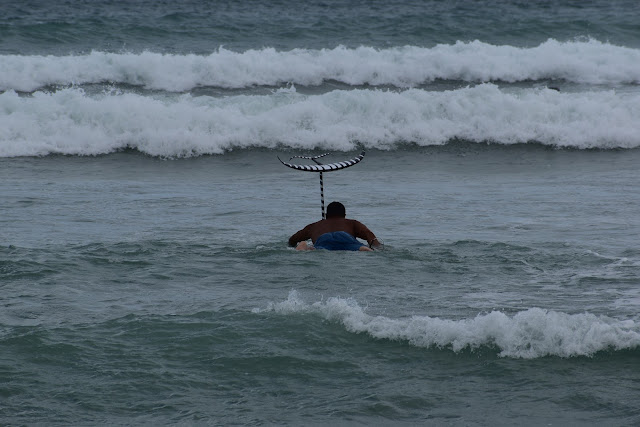 I paddled out with the foil nearly all the way to the front of the tracks.  I did this considering the position of the other foils I've been using - but in the back of my head, I knew the fuselage on the Armstrong was shorter that the others, changing the center of lift.

I paddled in after a few waves and adjusted the foil back, by a lot - way too much lift on the first setting.  After another few waves, I paddled back in and made another adjustment forward again - halfway back to where it initially was as I was not getting the lift I wanted as quickly as I needed it.  This setting proved to be more stable.  The lift produced by this foil is different that the Go Foil - it is more controllable and I noticed I had to put more back foot pressure to get the foil to lift.  And both my feet were back compared to the Go Foil.  In fact multiple times I could feel that my rear foot was jammed up to the tail kick on the rear pad.

The other thing I noticed is how quiet and vibration free this foil is - if I wasn't riding the foil and carving, I wouldn't have believed I was moving at all.  Here are some pictures (as La was on the beach with the camera!): 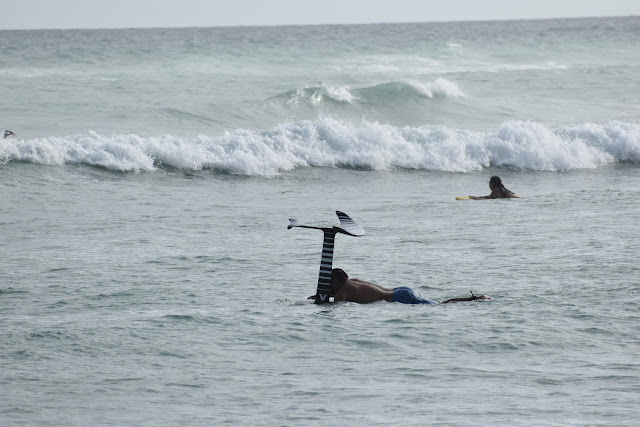 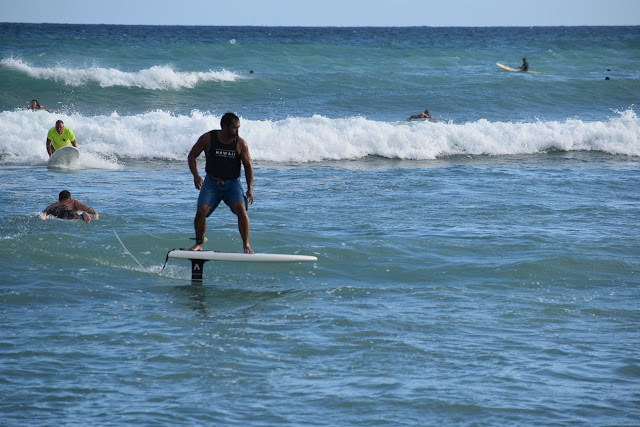 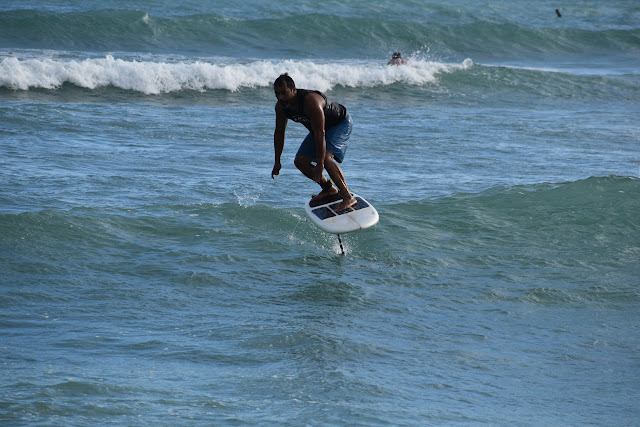 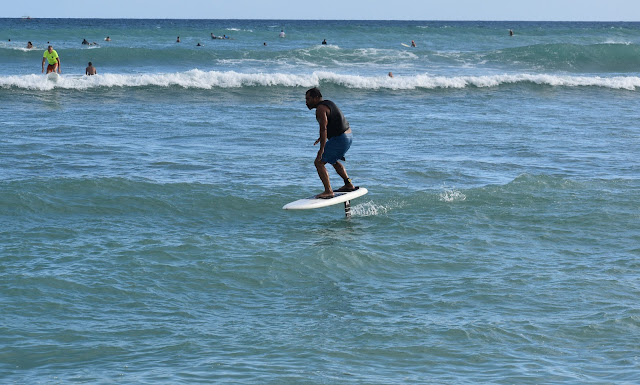 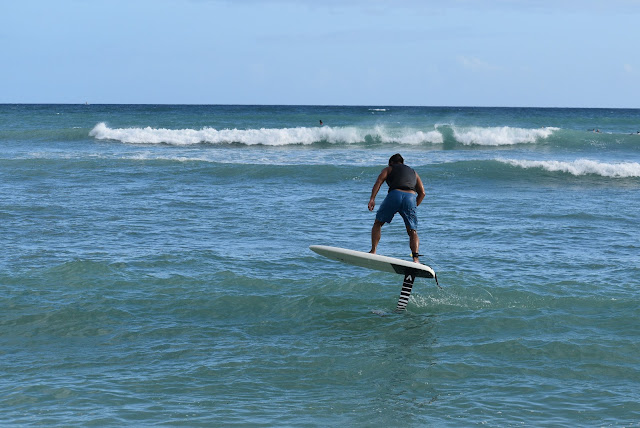 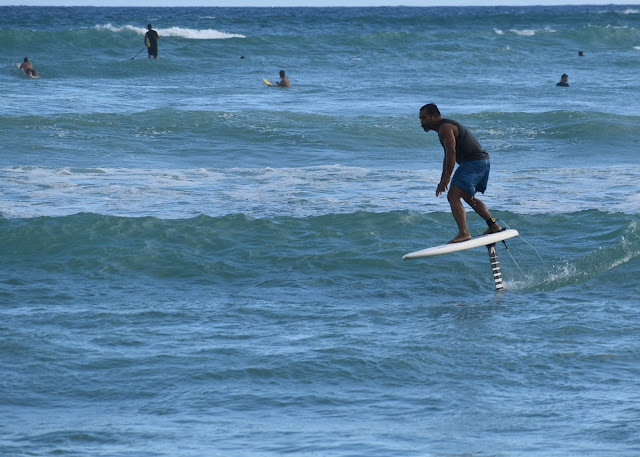 I am looking forward to many more sessions on this foil - but I still intend to use the Go Foil and the Slingshot - having to learn and re-learn to use each of these foils has made this pursuit so darn interesting!!!