The forecast said the South Shore surf was going to be really small for the foreseeable future, but that there was some leftover residual energy still lingering today.  I figured I should grab a few while they are still around. 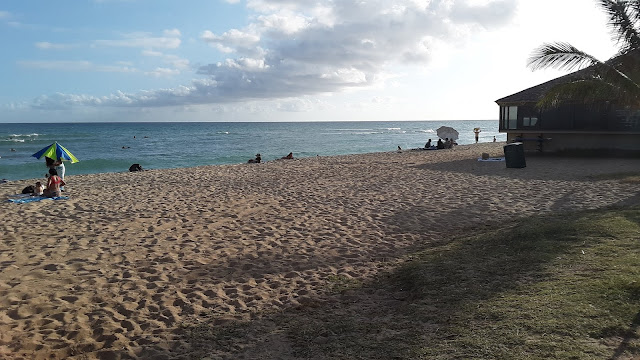 The forecasters weren't kidding.  Maybe thigh high on the sets.  Super light southerly wind flow.  Dropping tide - probably 1.5' and dropping fast when I was out there between 3:30 and 4:30 pm. 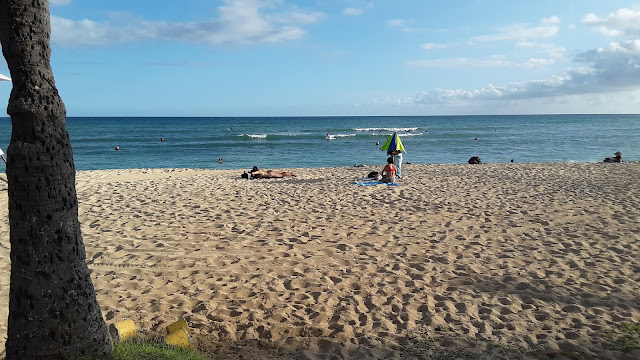 I did pick up several waves - all I needed was a small concave section that didn't have a flat spot in front of it and off I went.  After I caught the wave, it was like any other time - milking energy from unbroken sections of the wave.  Of the eight or so I caught, I was able to take five of them to shore.  I mitigated touching bottom on the paddle outs by just paddling the board upside down. 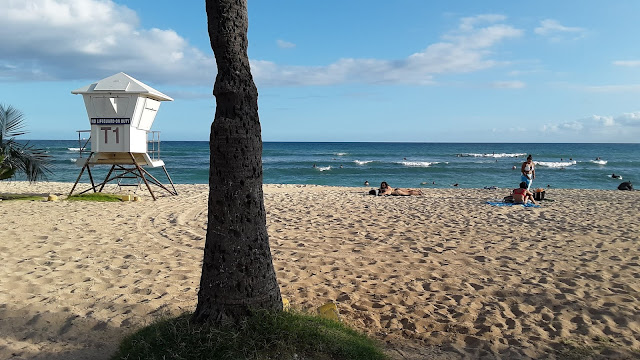 I had fun and I think I've found the bottom end of the range for this board/foil combo.  Having the 5'6" and all the extra paddling power it has really helped - its the "longboard" equivalent (and the longboarders were even having a hard time catching anything rideable).  If the waves continue to diminish, I'll likely pick up windsurf wave foiling again - shorter drive to Hickam after work than trying to get to North Shore.
Posted by Victor Velasco at 10/24/2019 07:21:00 PM