Took advantage of the inbound energy again this morning.  Marlon having heard how good it was yesterday decided to go this morning.  A hint of wind texturing the water, a high tide of 2.0' and a chest high break on the sets - I'll take it!  Air temp was a chilly 63F, but the water was warmer - probably hovering around 70F. 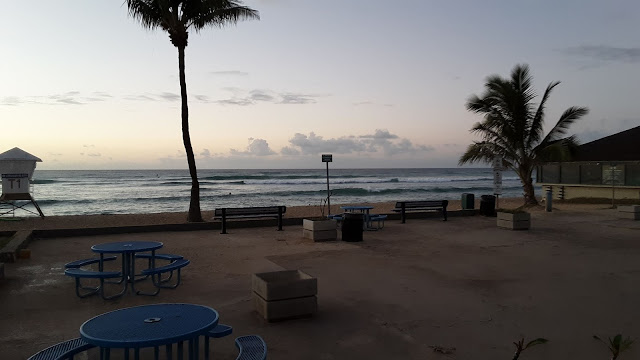 I wasn't catching as many waves as I would on a smaller swell - my foot placement didn't seem to be falling into place as well - ended up having to bail on four or so.  I also had one wave where the foil just stopped lifting just after takeoff - I really need to figure out how to stop those from happening.  The ones I did catch were epic - two off the peak - I feel like an eagle swooping down on its prey with waves like these; and a few that ran for a very long time with a wall pushing the foil.  Marlon caught some head high ones - he couldn't stop smiling!  Successful dawn patrol!
Posted by Victor Velasco at 1/27/2020 04:38:00 PM