Oh the friday afternoon drama at the lake... Seeing as a couple of rods arrived at my door this week, I felt compelled to take at least one of them for a test drive. As I got to the lake, there was an object that looked like a surgical glove blown up, tied at the end, and strewn with some sinewy peach slop. Sounds weird but look at the pictures. 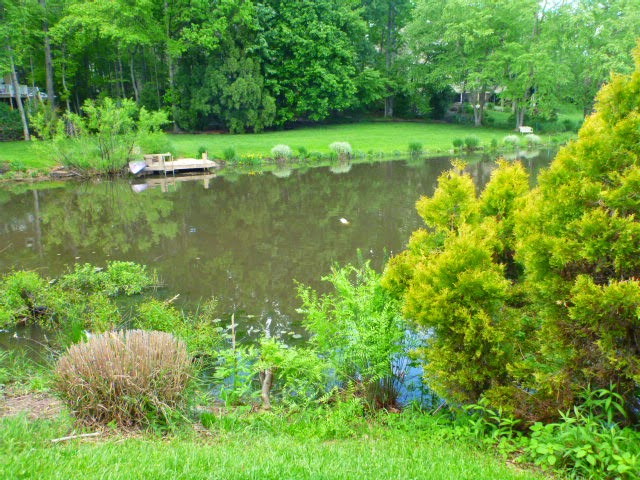 Well, instead of fishing, I went to look at the object - and then it started moving and splashing. At first I thought it was a duck that had gotten mauled by a dog, or a cat that someone was trying to drown. Then I saw the scales and knew it was one of the resident grass carp, only this one has a really bloated stomach and was writhing in pain, starting to die of a gastrointestinal disorder, or just fading with old age. 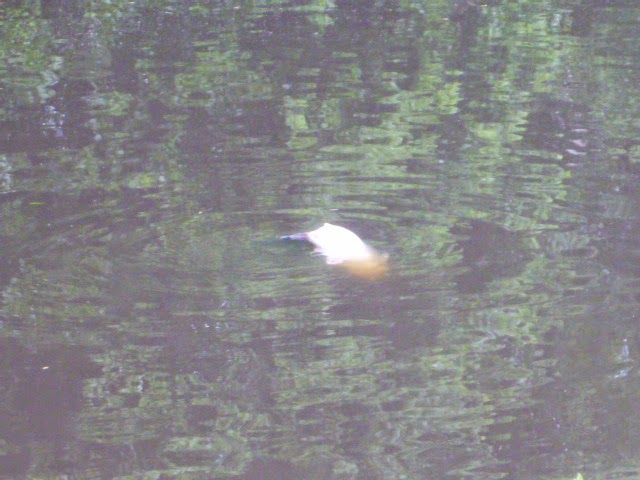 It had some kick left in it, but it was doing the death spiral dance. After checking out the carp for a few minutes, I started casting the Barclay Glass 7'10" 5wt. First off, this rod was impeccably finished. This is the third Chris Barclay rod I've cast and it is just as wonderful in fit and finish as it is in casting a line into the breeze. 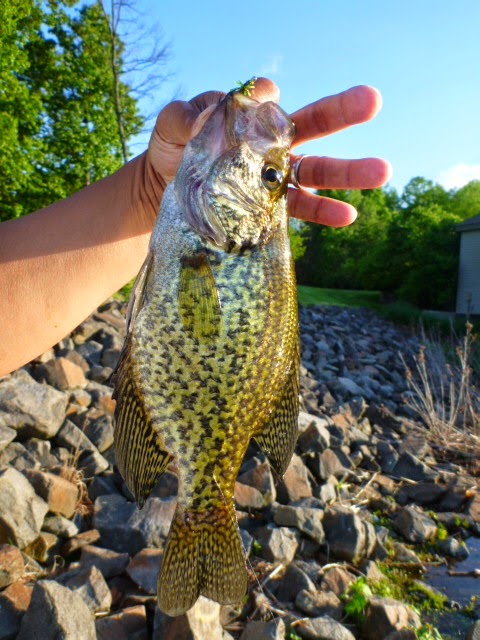 You can't break in a rod without catching a fish and this crappie was the first! It took the fly on the retrieve and put a really good bend in the rod. You don't want to get skunked bringing out a rod for the first time (bad juju), so this crappie saved the day by ensuring a proper anointment into the piscine wrestling profession! 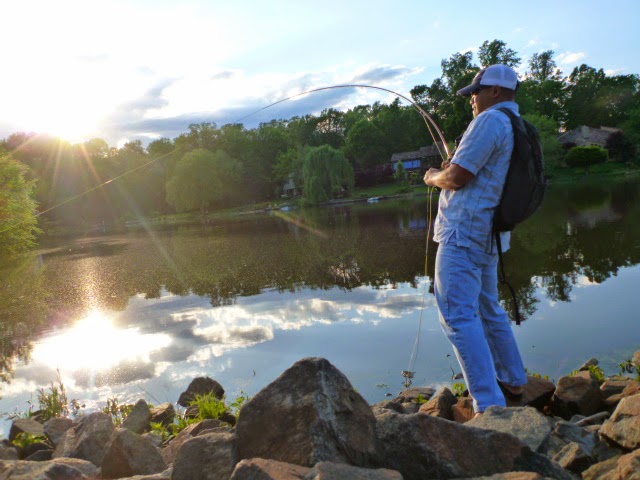 A few casts later and WHAM!!! I got hit by something bigger and after a short fight, it unfortunately got off the hook. I didn't see what it was, but I did manage to get this picture - checkout the bend in the rod!!! That grin on my mug should say it all - "this is a bad ass rod and I am going to spank some big fish into submission with it for years to come" - yes that is what that grin says. The Barclay Glass 5wt is every bit as refined as the 3wt, but as one would expect, if definitely has more backbone to it. It also has more heft, and more power. This rod is going to be magical casting to big ol'e bucketmouths and some cocky smallmouth bass!!! This is an awesome rod and it will get rode hard and put away wet (and I still suspect that through all the upcoming years of hard fishing, it'll be as beautiful and pleasing as it is today and the action will only get better as it breaks in and gets comfortable! I just love finding awesome flyrods!!!
Posted by Victor Velasco at 5/16/2014 04:12:00 PM