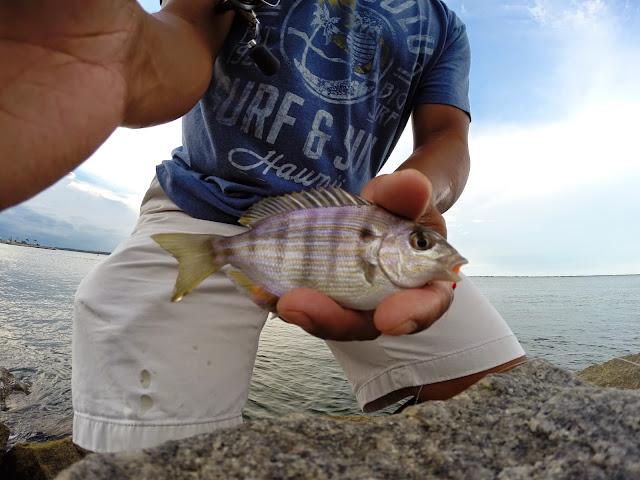 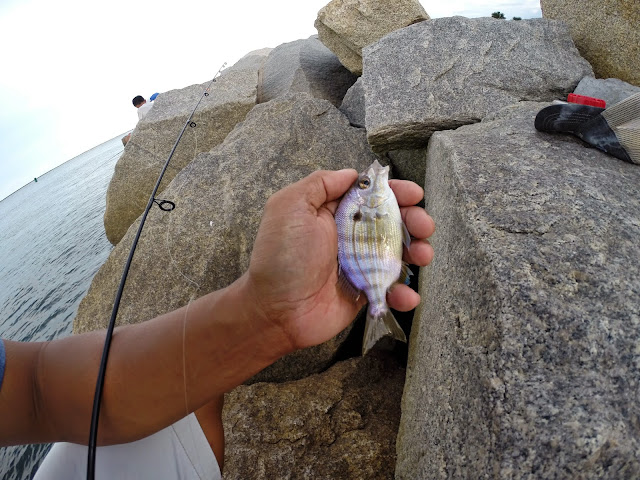 Sergeant Major - this was a significant event for us as we have spotted these fish but not been able to catch one for the entire duration that we have been fishing at the jetties. BAM!!! 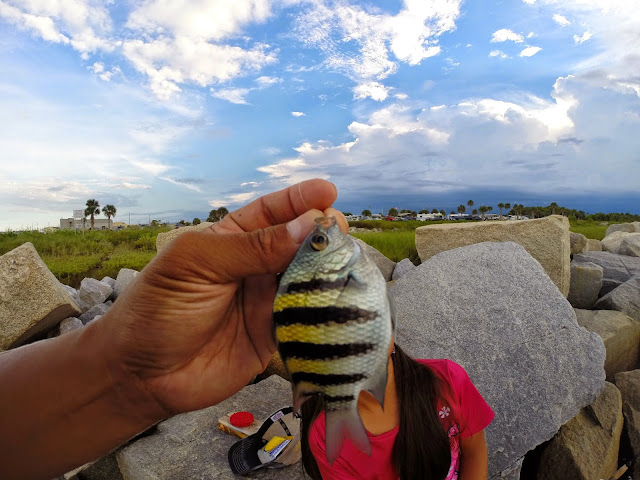 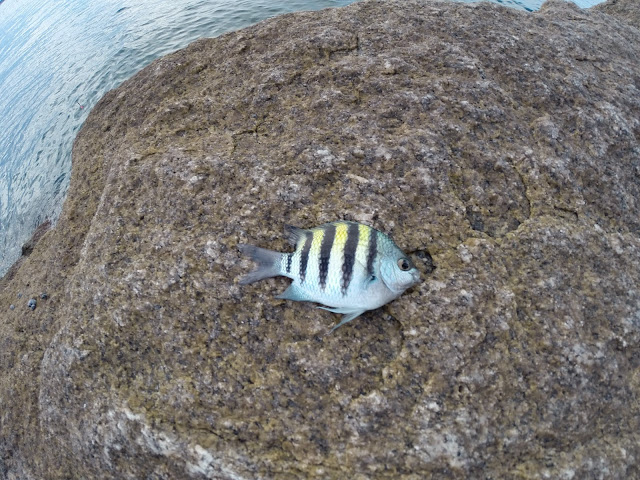 Juvenile Grouper - really small guy. He's got big shoes to fill as the King of the Reef. I wasn't expecting this at all (I thought it was another black sea bass). 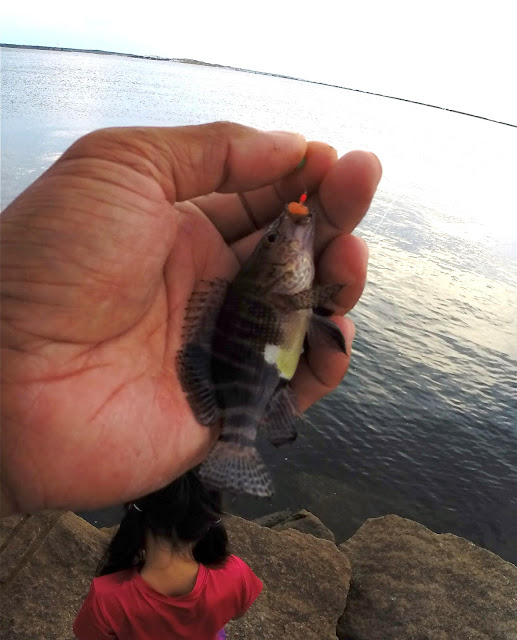 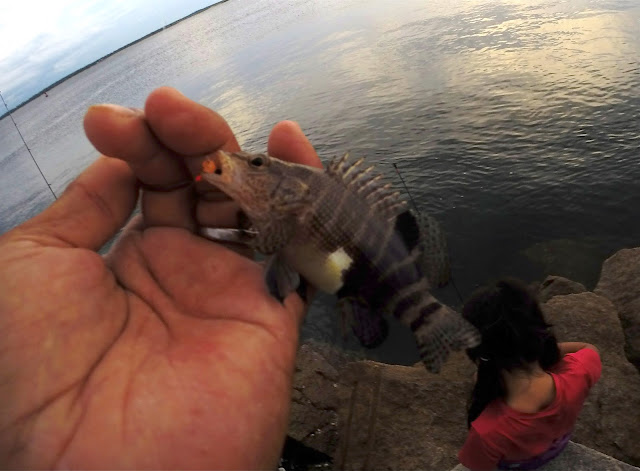 We also caught a bunch of the blennies and Marlon caught something that looked like a juvenile Pompano - but it came off the hook as he almost got it to hand. 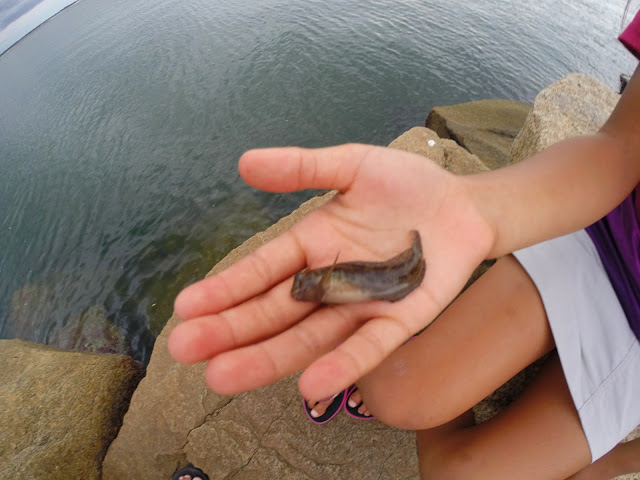 Lastly - the mullet are starting to stack up for their annual run. The river is getting thick with them and I even saw a bunch of splashing going on as a predator fish (likely a Jack Crevalle) was taking shots at various schools. La took a walk on the beach and reported the birds were diving in pretty close to shore - I'm going to have some fun very shortly (on the fly and on topwater poppers) - oh boy!!!!
Posted by Victor Velasco at 9/15/2014 03:44:00 PM