End of the Work Week Surf

This was a long week - I've been taking Marlon to a summer program he has and after I pick him up in the evenings, we've had to do battle with the other commuters on H1 West.  When we got home today, I did a quick turnaround and got to the beach by 6:30pm to get in an hour of foiling.

This afternoon saw the beginning of a new south swell hitting - but I brought the foil anyways (which I see as a divergence from surfing... I really only want to foil now).  After the last session, I've actually been looking forward to getting into some larger waves (where I would just begin to short board).  I've been dealing with the excess speed from the steeper takeoffs (that used to throw me off the board because of too much lift - not enough time and front foot weight to control the foil) by paddling at a 45 degree angle to the wave direction.  This has really helped and I'm getting longer rides by taking off further out.

There is so much potential in foiling and so much to learn - it's like getting to start all over again knowing all the fun and amazing things to come!

I still used the 18" mast with the Infinity 76 wing since the tide was ebbing down to 0.4' - didn't ground so all is good.  I moved the foil forward another 1/2" thinking the swell would be the same size as yesterday -  It was almost twice as big.

I ended up catching a bunch (including some of the bigger ones at an angle at takeoff).  I lost a few of the steeper ones (epic crash and burn), but I had three really long rides.  Awesome way to wash of the work week! 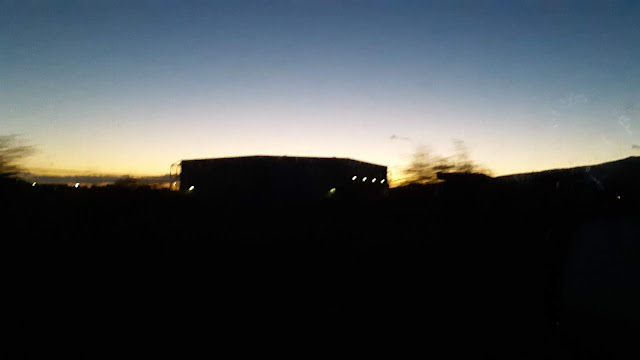