I was jonesing for a session today so right after work I grabbed the repaired 5'6" and the Go Foil Iwa and headed to the beach.  Marlon had music practice (and he needs to catch up on math) so I did a solo mission.  The tide was falling and it was probably mid-ebb when I got there around 4:30pm.  I could stand up half way out to the break and I was neck deep - not bad for the Go Foil (27.5" mast, and a little more with the anhedral front wing) but I was still a bit more cautious to prevent a grounding.  The wind was pretty much dead (but a breath from the south - turning Konas).  And the swell was pumping - could have used a regular shortboard today. 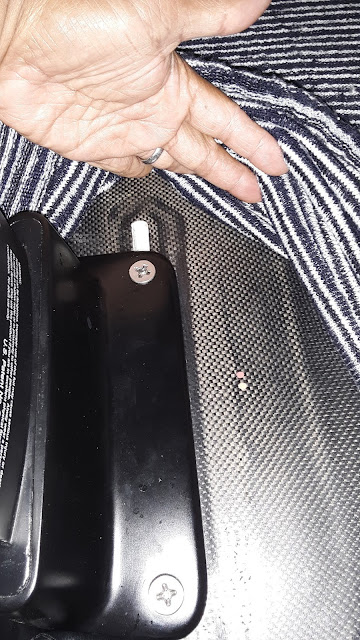 But alas, I brought the foil (and love every second of it).  After the several waves, I paddled in and adjusted the foil back in the tracks - I had too much lift and was having trouble keeping the nose down.  After the adjustment, every thing was right with the universe again.  Lots of energy in the waves today - should have adjusted it from the beginning, but better late than never. Was able to snag several waves with long rides along a low wall, quick turn to keep in the pocket and a few tighter turns just to push myself.  This journey has been so much fun!
Posted by Victor Velasco at 9/25/2019 08:43:00 PM