Marlon and I got up for a dawn patrol.  By the time we got there it was already crowded on the inside and there were several people talking story at the benches.  We all were just staring at the awesome sunrise. 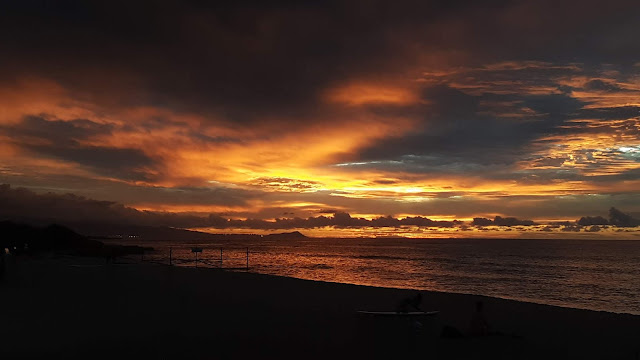 The surf was tiny and barely breaking with the 2.2' high tide pretty much at it's highest point.  There was zero wind and the water was pleasantly warm.  This picture was of the biggest waves from this morning. 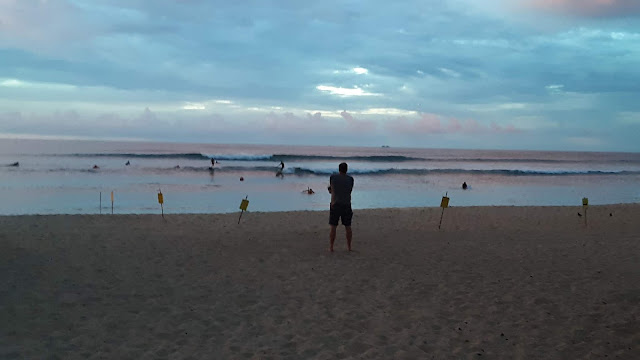 I brought out the 4'10" and bolted on the Armstrong with the CF1600.  It was a while before I caught a wave (because there were none).  Marlon caught a few on his longboard.

When I finally picked one up, the first thing I noticed is how small the sweet spot for my front foot was - the board was really sensitive to foot placement and weight distribution.  I had a few long (relative term) rides and one with a few turns.  I bailed on two - the first someone took off to my left and was headed towards me - he thought it was cool watching the foil rise but I didn't want to chance running him over.  The second wave I wiped on, my leash was under my rear foot and that was not working for me.  On two waves I rode pretty close to shore - and as I tried to bail, I actually fell awkwardly and hit the board.  The first one was towards the back rail with my left forearm, the second time it was with my left shin.  There are no dings, but the top surface looks like someone stripped off the epoxy fill.  I'll let the board dry out and investigate this a little more. 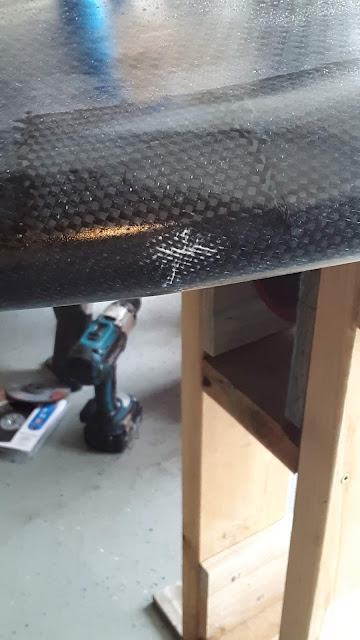 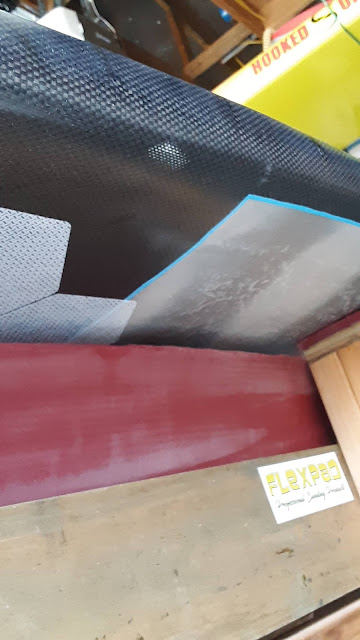 All in - I think I can pull the foil back a little more - the lift was coming on early, not a bad thing considering the size of the waves today, but during an average day, I think I'd rather have the control. Also the board paddles well and volume distribution feels good.  I don't think the weight of the board mattered at all. 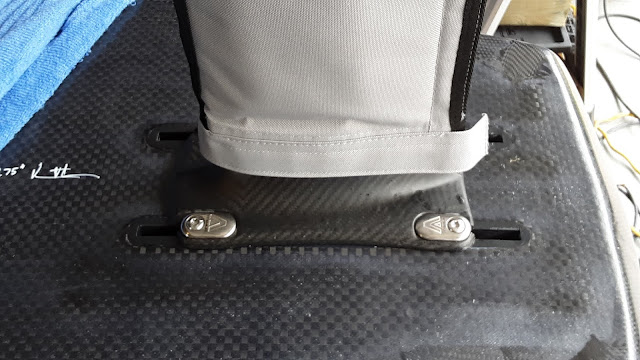