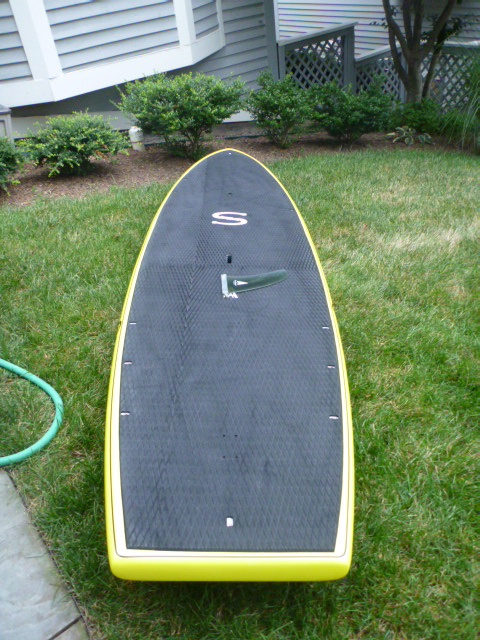 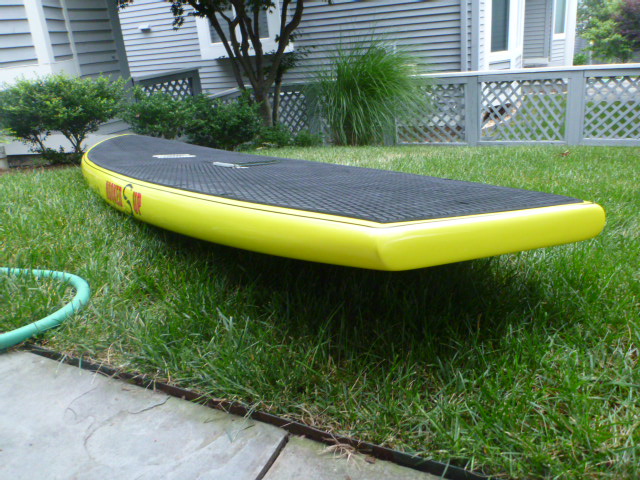 This board doesn't seem to have a mast track - I've probed deck with thin needles to see if the track is just covered by the deck pad, but to my dismay, I do not get any indications that there is a covered up track (no voids). I sold the Big Tuna kayak and paid $1650 for this board (and an additional $99 for shipping) because it was supposed to have a mast track. This board was to replace both the Naish Glide and the Starboard Blend in my quiver (both of which had windsurfing mast inserts - not a track). I emailed the shop I ordered this board from to see if they have any insight as to what could be the issue - no track, track covered up, track located somewhere where I am not looking, etc. I don't want you to think that is an irrecoverable issue - I just did not want to have to do surgery on a new board (and having paid $1650 for a board without a mast track - I could have gotten a Jackson Kayak SUPerFishal for half the cost). Worst case scenario, I'll install a mast track myself. Strapless SUP Windsurfing is not supposed to place the same loads on the board that a high wind, wave windsurfing board would have to endure. And a deck pad overlay will hide all the fiberglass, reinforcements and sanding that will have to go into adding a mast track. Despite all that potential work, I still think this is an evolutionary stop (really advanced) board. This board came out in the 2009 - 2010 timeframe if I'm not mistaken and just now has the "simmons" ratio been finding it's way into the mainstream - Alex Aguera implemented a great template in my opinion. The rails are super boxy - I've done similar with the boards I've shaped for flatwater paddling so I can tell this board will be super stable. I am looking forward to paddling the board around to get "my feet" wet!!!
Posted by Victor Velasco at 7/19/2013 03:54:00 PM