I took the kids to the Orvis Shop in Leesburg on Friday afternoon. I found out that they were having a Fly Fishing 101 course on Sunday and it had two openings. I tried to call La to see if she was interested - but couldn't reach her, so I took the initiative and signed her and Marlon up. 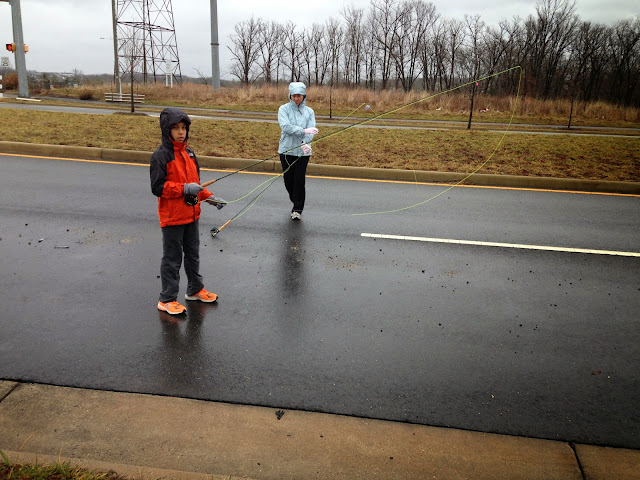 It was super cold and windy (this winter will not let go!!!) but the both of them stuck it out and were making nice loopy casts by the end of the lesson. 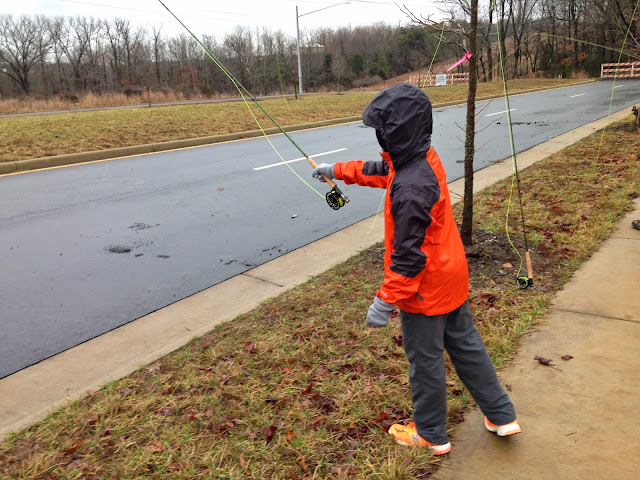 They were in the second group (their first half of the morning was inside learning the parts and pieces, some knots and basics of flies; second half was outside casting) and when they started casting, the rain had stopped. By the time they finished, the sleet was dropping like bad debt and housing prices. 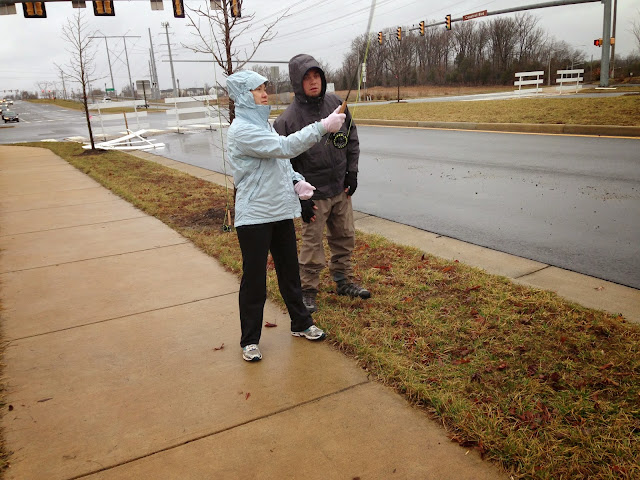 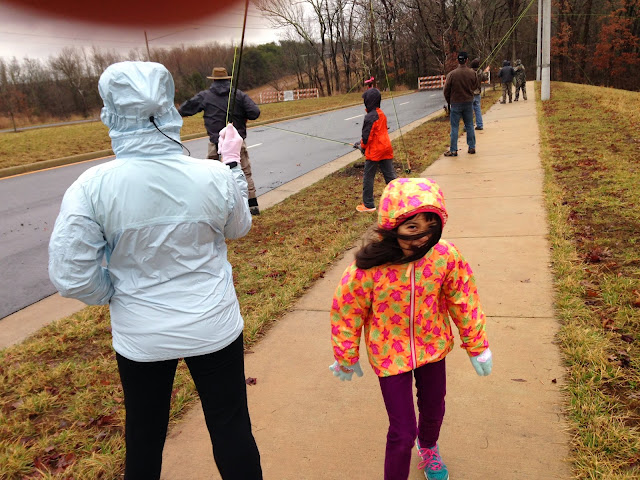 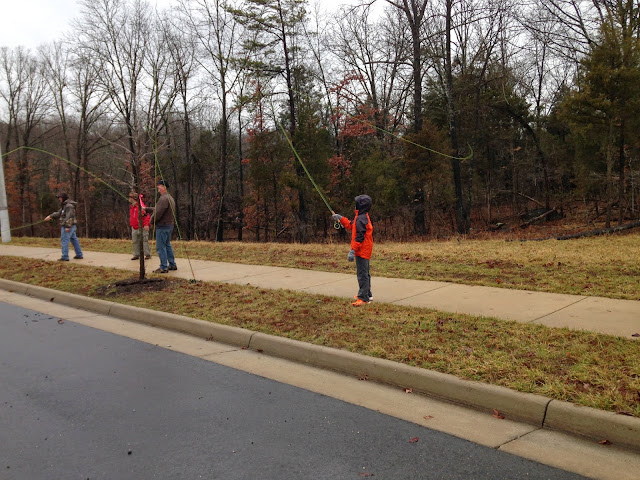 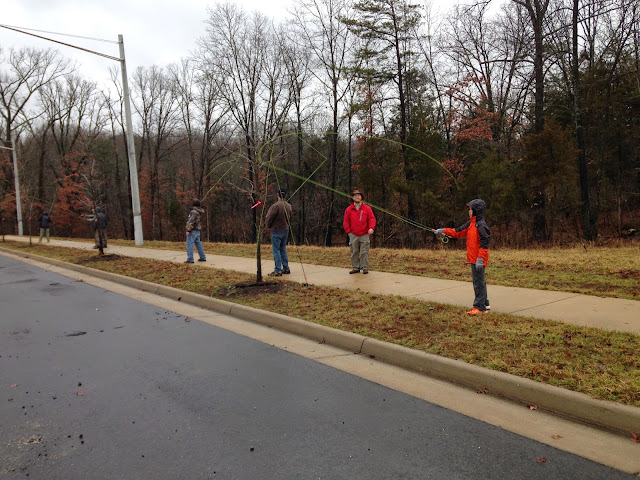 At the end, Marlon was stoked and was able to rattle off the concepts and principles of flyfishing. I'm not quite sure where La stands - maybe will give it a swing every now and then when the kids and I drag her out with us... but I know Marlon can't wait to try out his new skills!!!
Posted by Victor Velasco at 3/31/2014 02:44:00 PM