Today was the only day I could go fishing (without being rushed) - it's actually been that way for a while now since I've been going to a multi-session course, trying to workout in the afternoons, volunteering with Trout Unlimited and the He'eia Fish Pond, and of course working. The tides were spring levels with the full moon and the up coming high started at 12:37 pm. I decided to sleep in since the tide was a later one. I got harassed by a barracuda a few times - hard pull then nothing after it took the Beaker fly (new name for the fly in the "Cartoon Character" post - at second look it resembles "Beaker" more than "Big Bird"). And then a second time while I had the Makata strip on the spinning gear - but it made chop suey out of the line (hard to see I know, but the hook is high up, caught up around the swivel where the main line is connected, and the leader cut in three places). I had actually had meant to bring some braided steel leader, but left it on the table when I left the house. 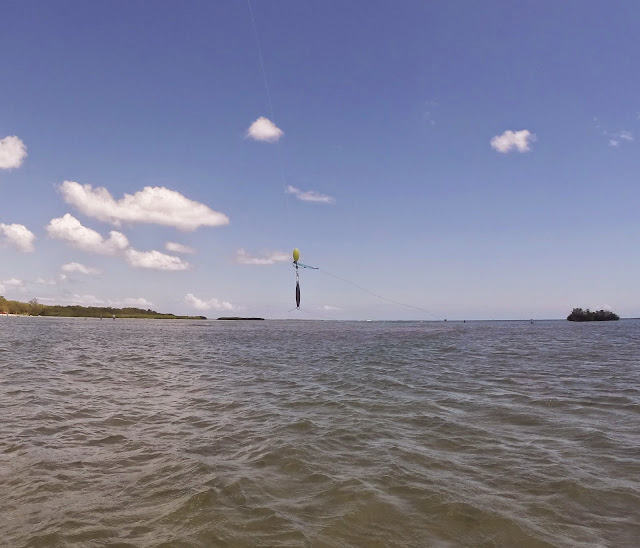 I got frustrated getting turned down on the fly so I exchanged setups and used the lightweight spinning gear. The Makata strips I normally use weren't getting much action so I switched it out for a 1/20 ounce Kastmaster spoon - after three hours of casting the fly and spin stuff, I finally got some hits. First up was this goatfish - that unfortunately died while I was trying to remove the small treble hook (I need to switch this hook out for a small circle I think, but I need to experiment to get the same action out of the lure - treble hooks are great when catching fish for meat, but not so good if fishing catch and release). These fish are usually brutally attacked by trevally and other predatory fish - I think giving this goatfish the ability to go belly up quick is nature's way of being kind to this species (which usually ends up getting eaten). My rule is if you kill it, you eat it so this guy (which is the legal 7" length) went home with me. 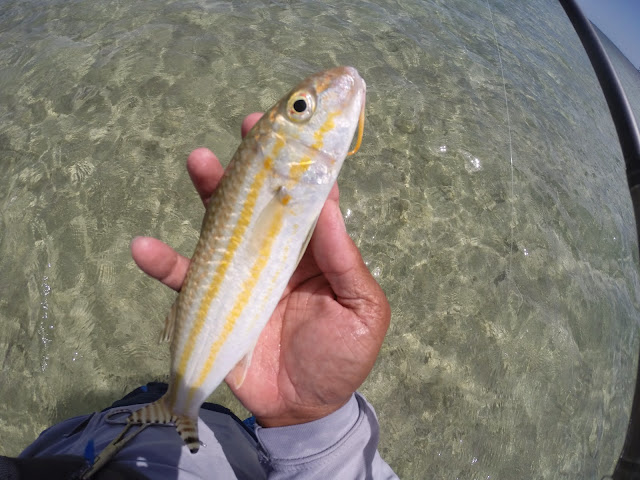 I also caught a few papios and this queenfish (Lai). The lai was actually the first one I've caught at Hickam, and the biggest one to date. All the other ones I've caught were at Kaneohe. 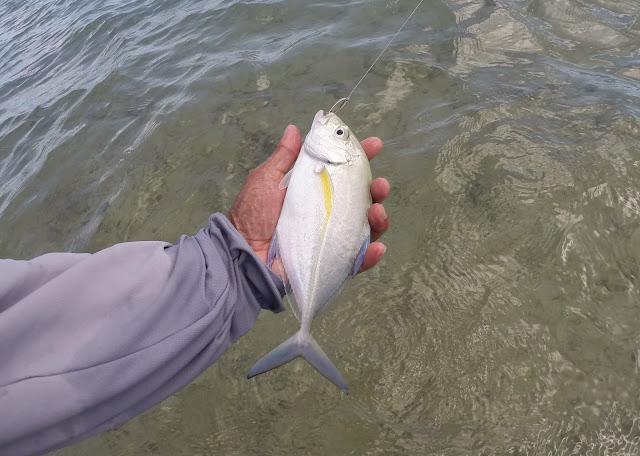 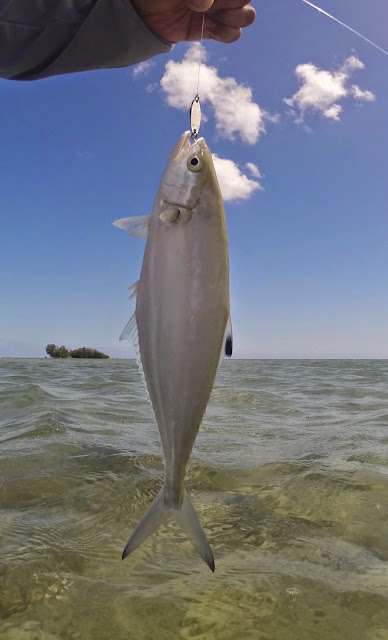 And I had a mystery fish that I think was my first bonefish (o'io) out here in Hawaii. The fish took the kastmaster and didn't stop - it pulled tons of line out against the drag (oh that was nice!!!) and did not head shake like some other fish I've caught. I got it close enough to see it had a bonefish profile, but it came off the hook. That was good enough for me!!! I'll put up a post shortly on the Kastmaster mod to shed the treble.
Posted by Victor Velasco at 5/03/2015 05:20:00 PM