The whole family went out Sunday morning to surf. Marlon was way outside waiting for the bigger waves to come in. He did come in a few times to show off his "Deadman" stance. 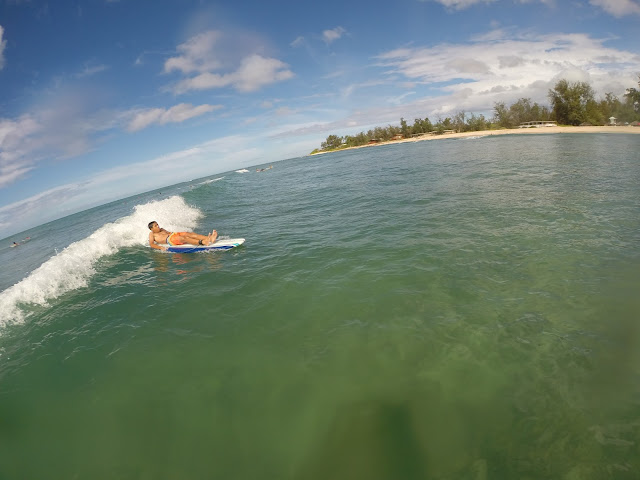 La took the Starboard Element out and caught a bunch. 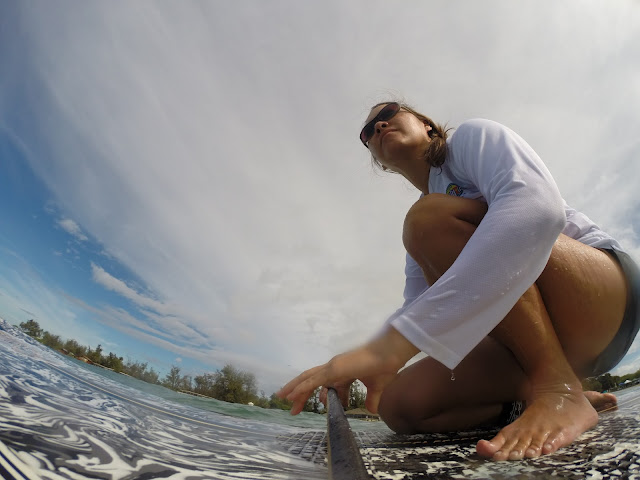 I watched the kids that stayed in close so our friend Amy could catch some of her own waves. 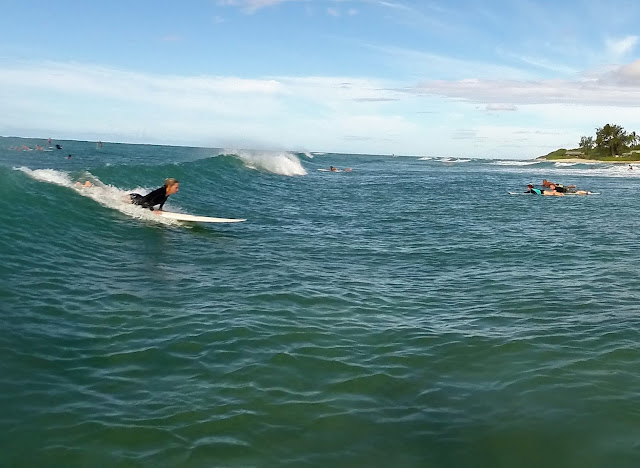 And Noe was able to go out and catch four stand up waves on the Catch Surf Odyssey!!!! I had to bribe her to go out and catch those waves, but it was worth it to hear her say she was having fun in the water here in Hawaii (earlier she told me she liked surfing better in Florida because it was easier). 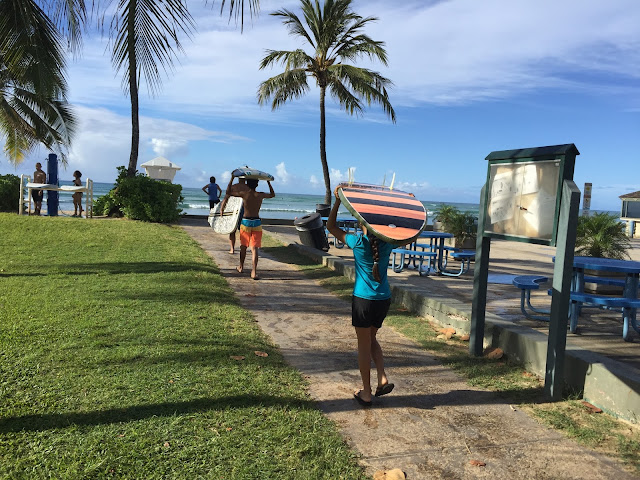 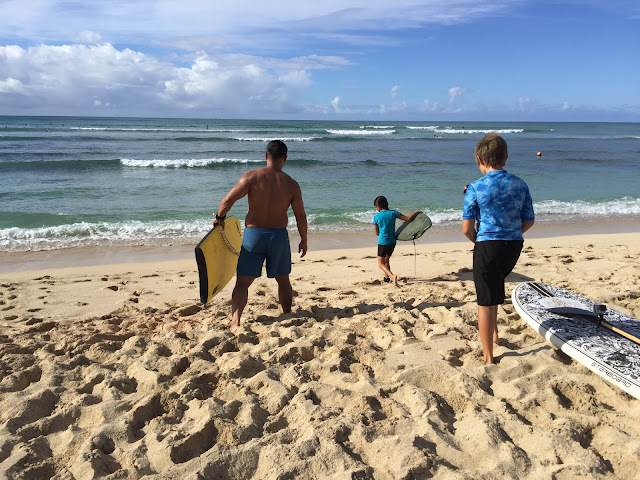 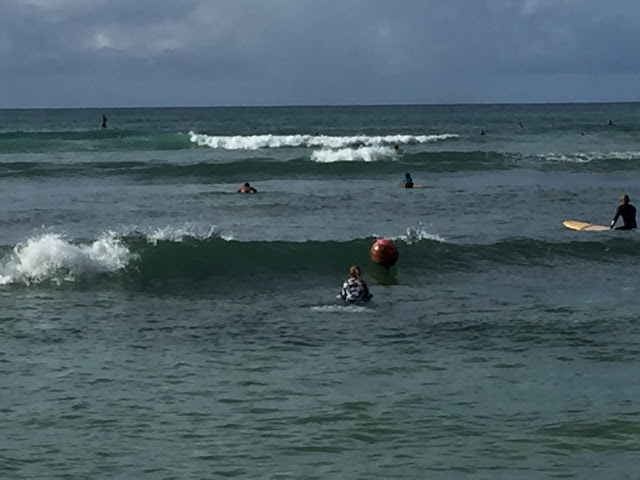