Near repeat of Thursday - swell was the same but the wind was light and on shore.  I used the short mast again and I moved the foil back a notch.  That cut the breaching in half (but still had some - I'm crediting those with not enough front foot pressure - too much surfer in me...).  I took a couple of waves from the mid lineup all the way to the shoreline (with some margin for not grounding) so I would call today a move forward day for sure. 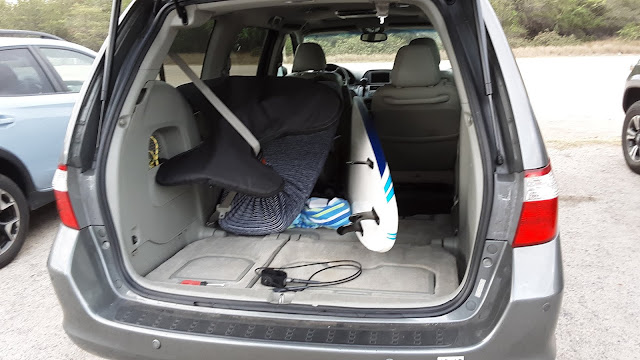 Marlon was rocking the Wavestorm again - he's been knee paddling it so when I glass his board, I'll reinforce the deck area so he can knee paddle that board (I really need to spend some time on that project).

And the resident peacock was large and in charge - it let me take a few pictures before running off to address another part of its territorial obligations. 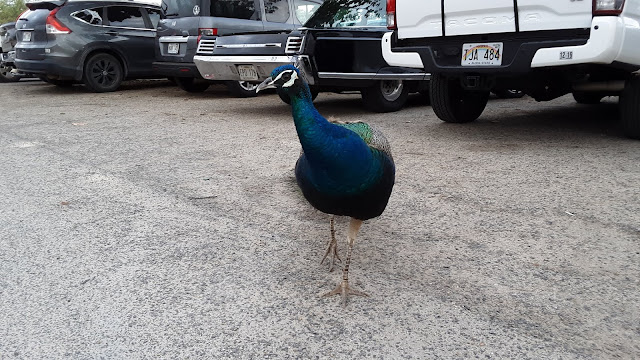 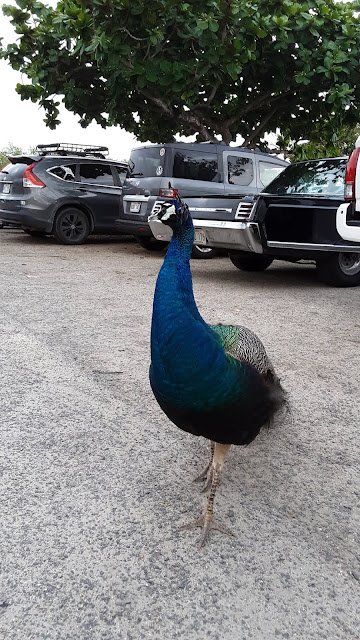