There is still ridable surf on the south shore - the swell was just a hair bigger than yesterday and that helped spread the crowd out.  There was a hint of wind on the water so there was a texture to the waves, but I'm not complaining. 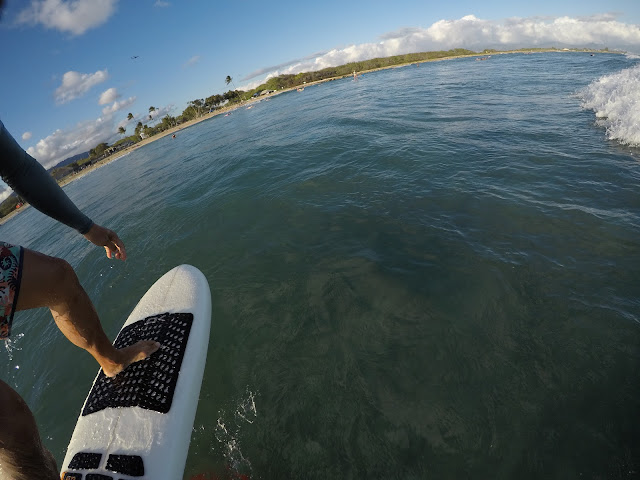 I brought out the 5'2" and the Iwa again - the Go Foil wings are way easier to fix after bottom hits - and the lower tides in the afternoons make hit somewhat inevitable (but not today). 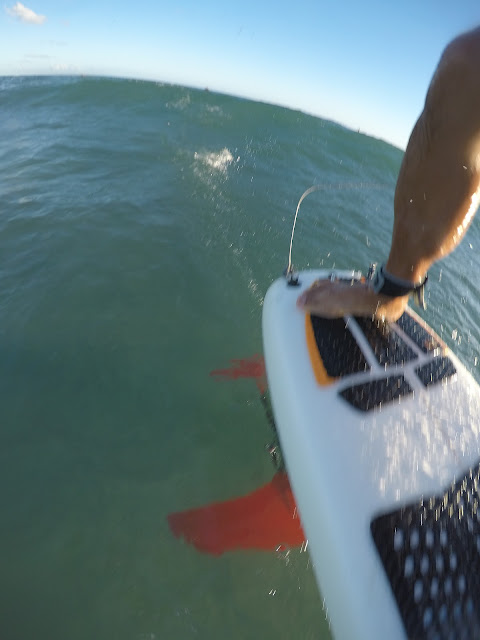 I got several fun rides, but could have had more if there weren't so many people blocking the takeoff zone.  I did get one straight off the peak (waist high albeit) - felt real good flowing down the face and sticking to the pocket.  I had a few more where I had to maneuver around people on the inside and I would outrun the wave - I'd pump a bit and pick up the wave again, but kick out before it got too shallow. 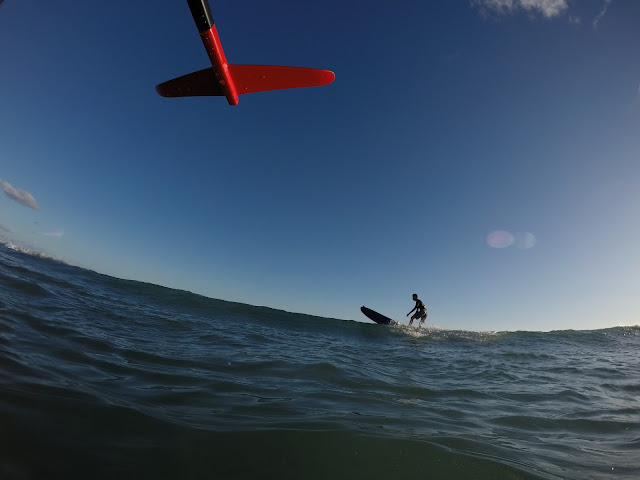 Marlon got a few good ones also. 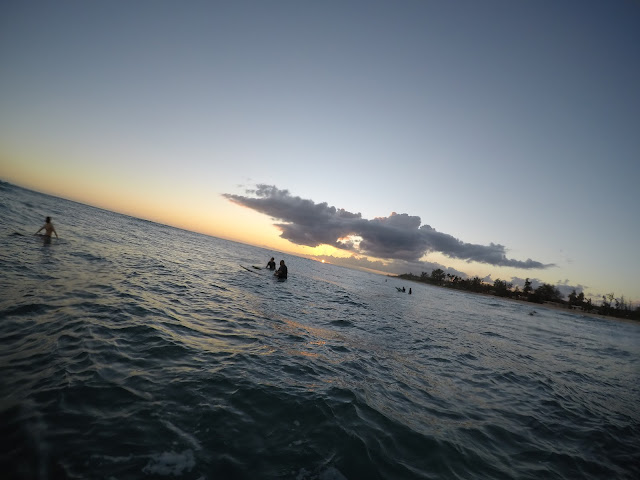