It has been really windy the past couple of days - those past couple of days it was also mostly flat so no big deal.  However, a south swell was poking through so Marlon and I went to check it out this afternoon.  It was definitely showing - belly to chest high on the sets - but the wind was howling pretty stiff.  The tide was lower than I thought - when we got out it was 0.7' (I thought it was at least 1.1') and it barely broke 1' by the time we left.  I touched bottom twice, but there was hardly any damage.  If I knew it was this low, I would have brought a surfboard... (but then that wind would have been something else - I guess I really should have gone kiting). 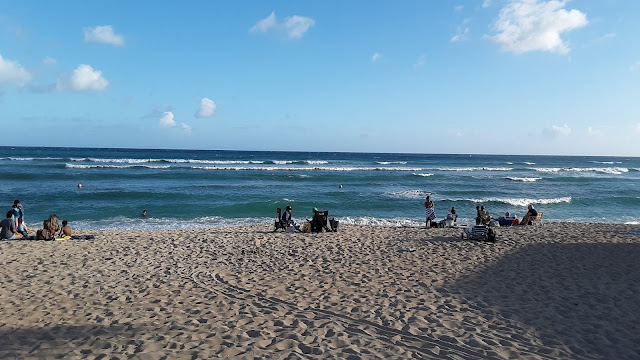 I brought out the 4'10" and the HS1550/232 - and adjusted the foil back in the tracks about a centimeter, since during the last session it seemed like I was breeching. 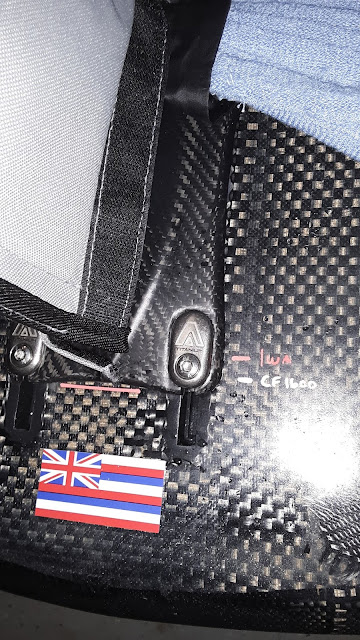 I caught a few but the rides were short - the wind was tough to deal with at first.  The second half of the session I got used to dealing with the wind and I was getting much longer rides and taking off on bigger waves.  This is so much fun.  I breeched or lost lift on one ride where Marlon was paddling back out - he said it looked like the ocean opened up and swallowed me (maybe it was on one of the runs I was aborting…) 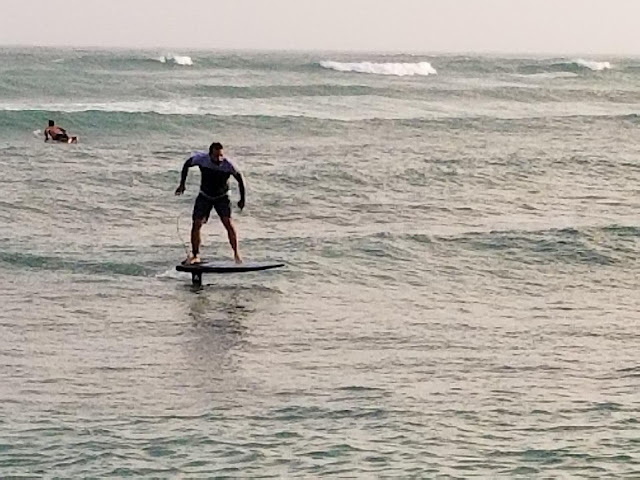 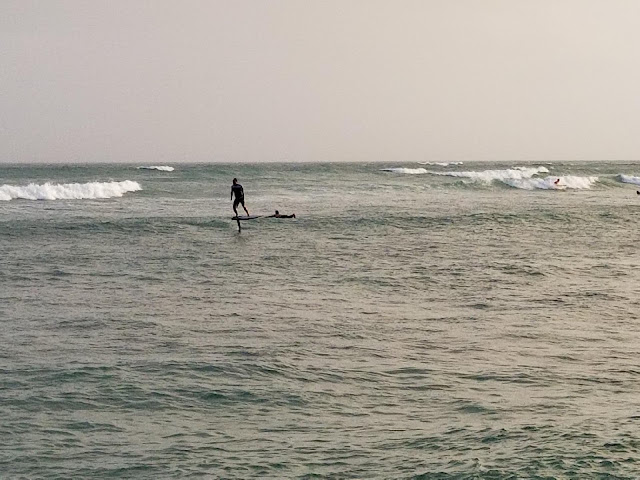 I think I'll move the mast back up a half a centimeter - I didn't feel like I was really gliding and had to pump a bunch more than usual.  Because of all the chop, I still ended up breeching a couple of times anyways. 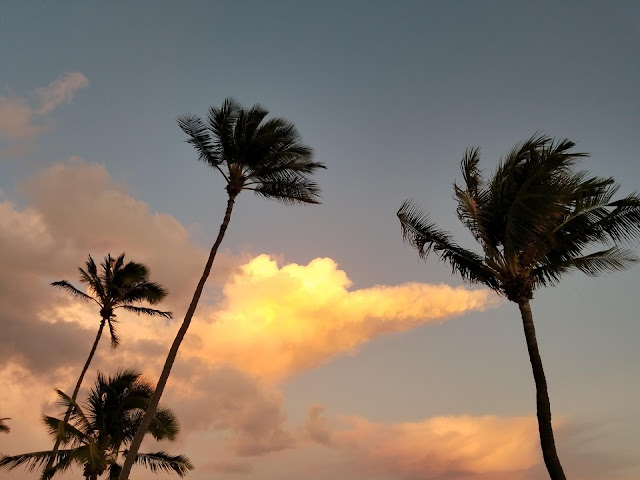 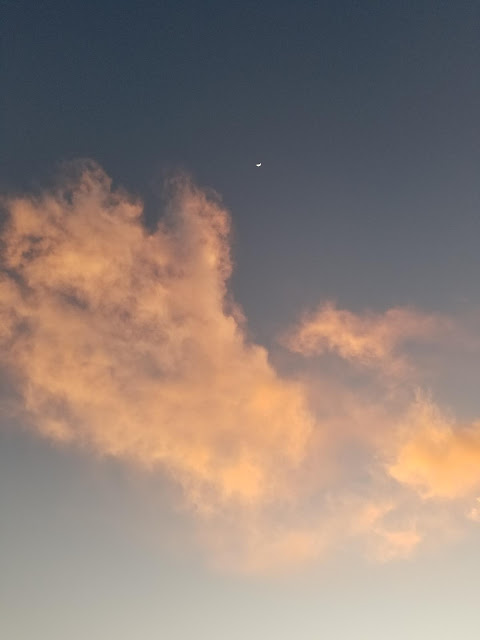 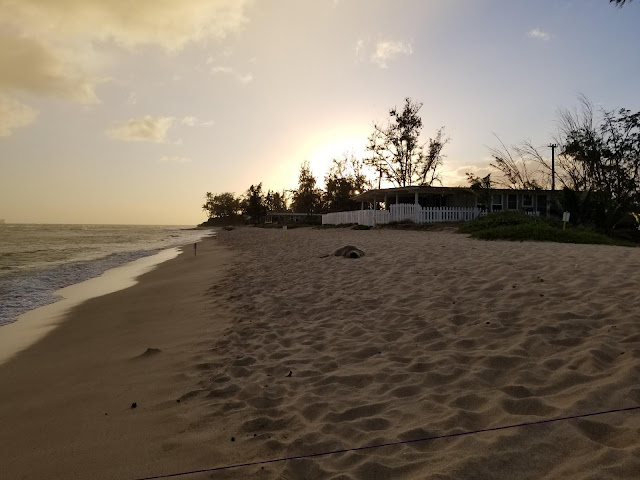 There was a pretty big monk seal on the beach, and the sunset was a good one - great session on a day that only comes around once every four years!
Posted by Victor Velasco at 2/29/2020 10:59:00 PM