In an effort to get around the issues from yesterday (CROWD), Marlon and I hit the surf really early today.  It was so early when we got there that the full moon was still out (so technically this was a stealth mission). 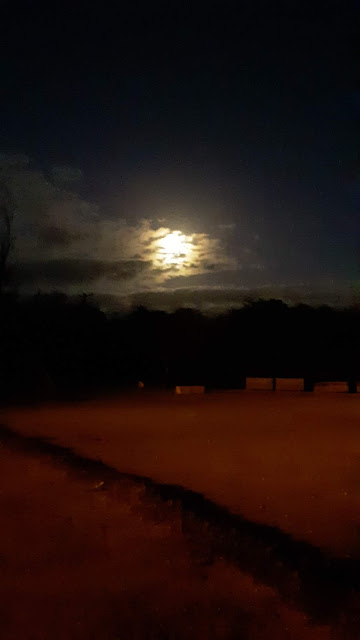 The thermometer on the Odyssey said it was 54F outside - we think it was probably closer to 60F - but regardless it was COLD.  The waves were really small - smaller than yesterday and with the high tide, they were barely breaking. 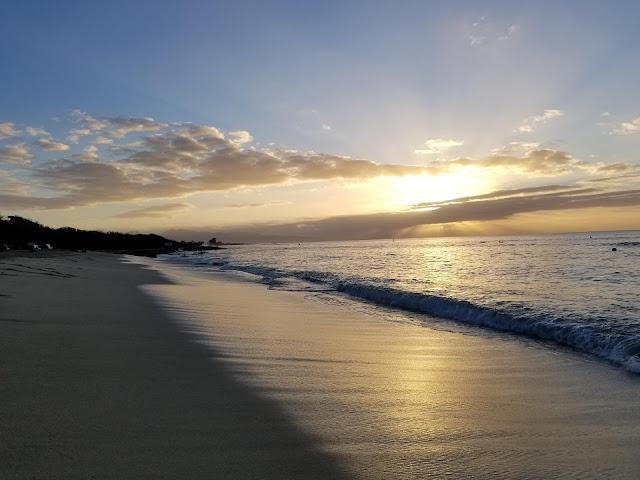 Marlon got three pretty quickly and then went it.  It took me a lot longer to get my three - I had the 5'2" out again and the Maliko 200. 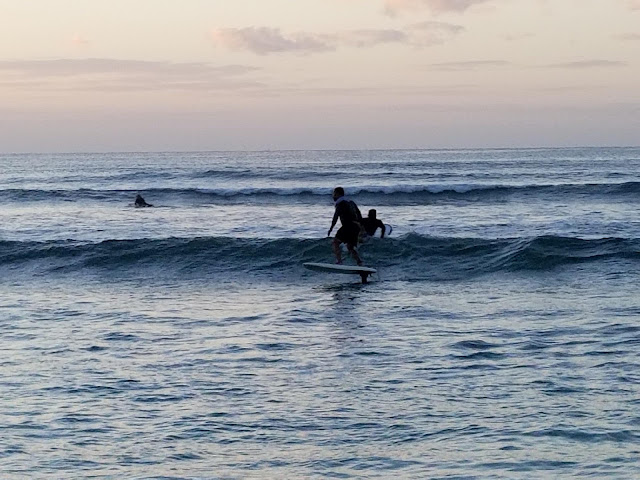 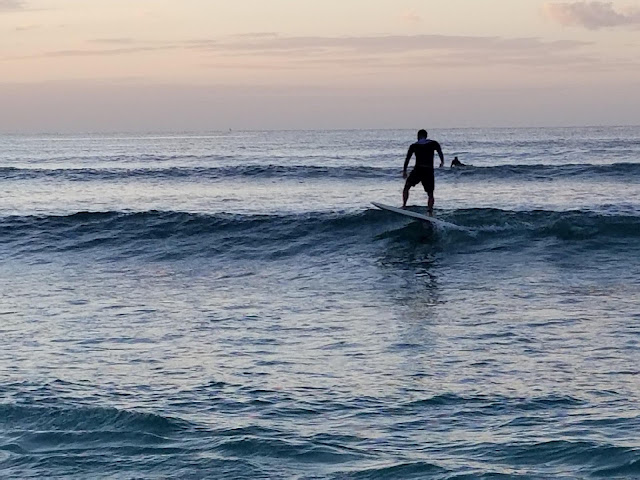 Last night I adjusted the foil back further - almost to the end and it seemed to be better in the surf (less tendency to want to lift right away as I was paddling for a wave - easier to control while riding).  I would have had an easier time catching more waves if I brought out the 5'6" - but getting the foil position dialed was worth the extra paddling. 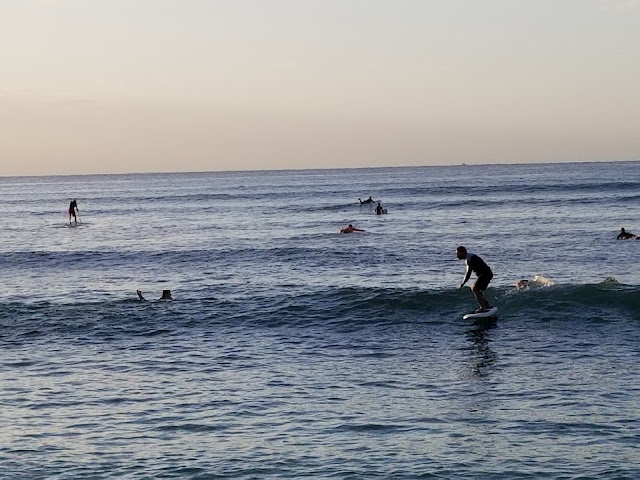 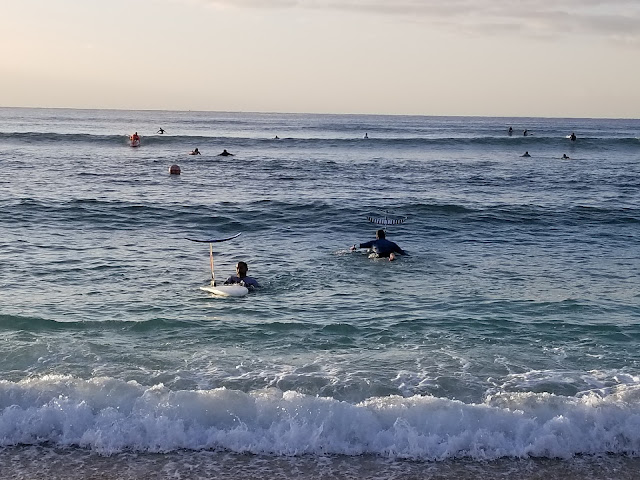 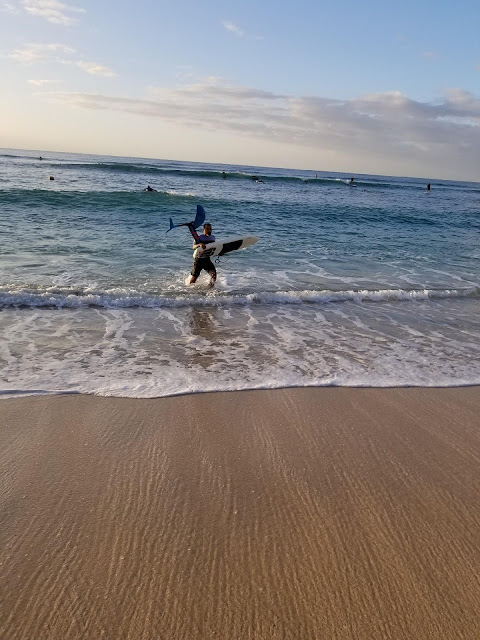 It is days like this morning that make me think I need a Firewire Viking in my life...