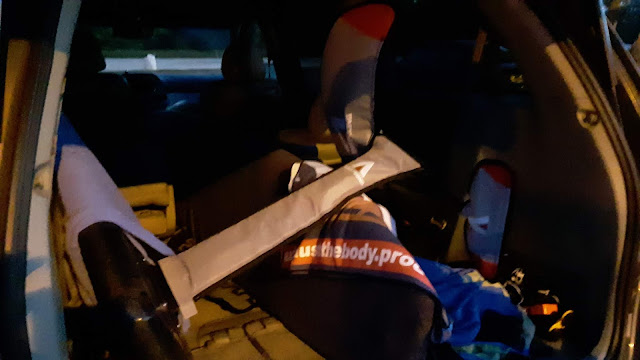 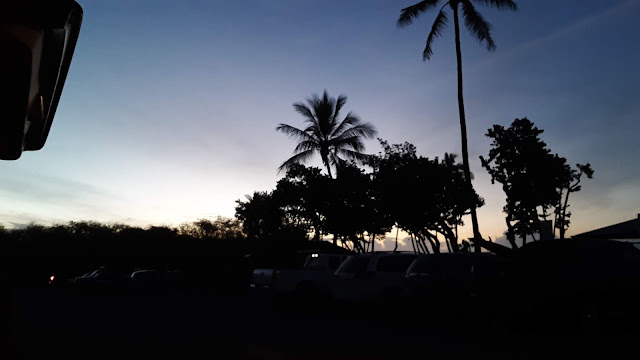 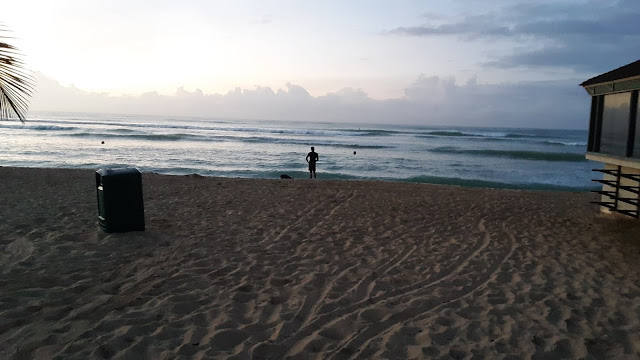 I had the foil mounted where I thought it was last time - in between the Iwa and the CF1600 marks.  I caught a couple of waves and felt I had to work too hard to get smooth lift.  I paddled back in and adjusted the mast forward a few millimeters.  I caught several more waves and it was well balanced.  I was able to ride several waves from the middle break all the way to the beach.  The 232 rear wing is definitely "slipperier" - I may switch to the Uni rear wing tomorrow to get more of a "tracking" feel.  Most of my rides were with the mast almost all the way out of the water - had a couple of "gurgles" telling me I was almost too high - but that's what foiling is about. 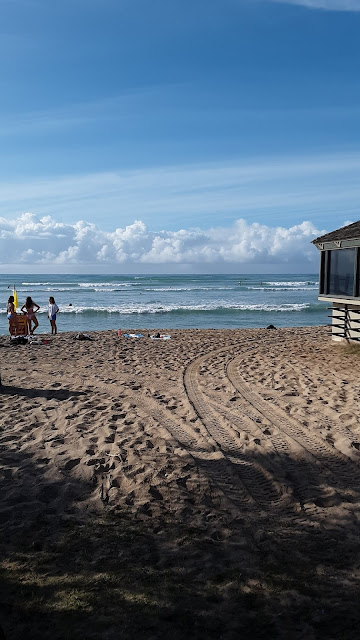 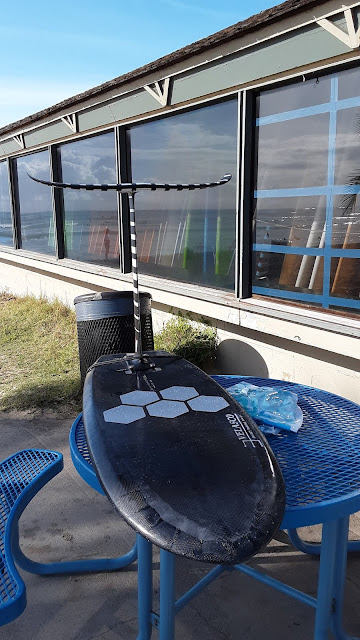 There was one wave where I went left and a bowl section formed a ways down the line - I stayed low on the wave until I got to the bowl and pulled a super hard turn - so much fun!!!  I don't know what I like more - the hard banking turns or dialed in gliding. 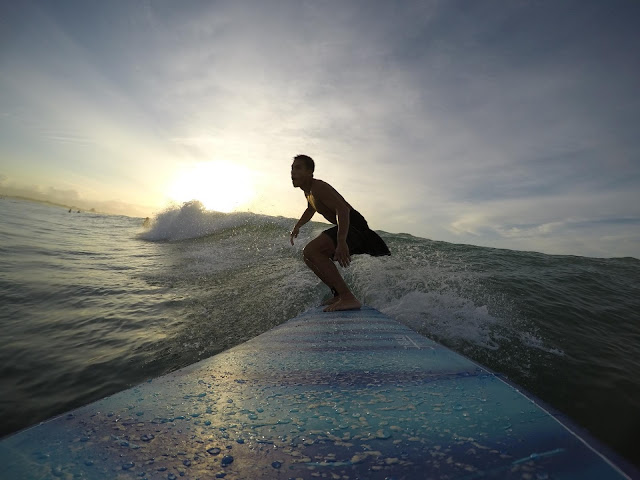 Marlon was catching a bunch.  Lots of lined up walls and super fun takeoffs.  We ended up staying out for over two hours.  This swell is supposed to stick around... more fun tomorrow morning!
Posted by Victor Velasco at 3/21/2020 09:20:00 PM