White Sucker Fish from the Potomac 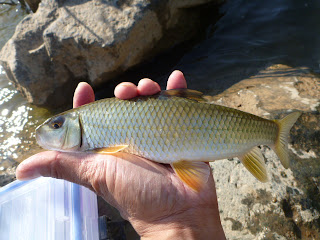 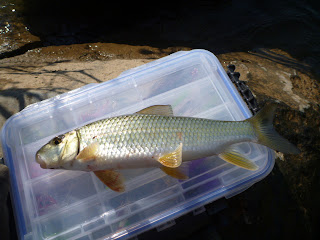 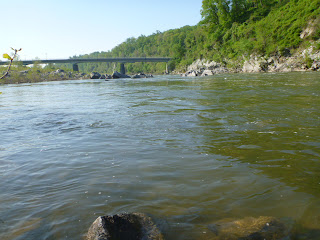 I went to the platform above the Chain Bridge this morning to try my luck at catching some Hickory and American Shad while they are still around. Instead of shad, I caught this White Sucker (Catostomus commersoni). I lost about 10+ flies and if it wasn't a snag, my backcast was caught on a tree - pretty frustrating. For the short time I have been flyfishing, I never knew why people would carry their tippet spools on the exterior of their vest/packs/lanyards - but now I have been enlightened. Anyways - the shad flies I was casting did get a few 'pecks'. I maybe have another month to figure this out. I am fascinated by the timelessness of catching Shad on the Potomac - the colonists did it during the Revolution with this fish playing a huge part in changing the nature of how people viewed governing bodies (the colonial army may have starved without shad at some of it's lowest points). And it isn't a stretch of the imagination to think of how the Native Americans celebrated this annual event by spending days on the river catching and smoking shad. If you have kids, live in the Washington Metro Area and want said kids to learn how to fish - there is an event at Fletcher's Cove this coming Saturday. I'm volunteering on Friday to help stock the C&O Canal - and to pick the experts' minds on how to properly cast and attract the Shad (because I'll be damned if I am going to be shad skunked!!!!). Anyways - anyways... I am happy that I caught a different species - White Sucker Fish.
Posted by Victor Velasco at 4/28/2013 12:46:00 AM