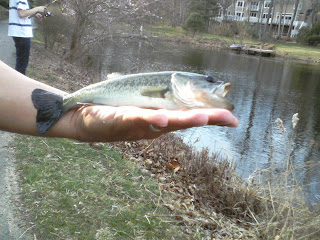 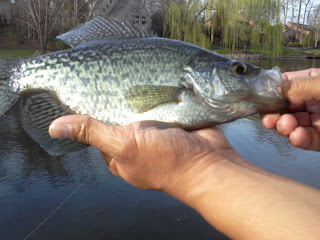 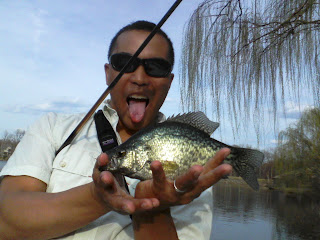 I got home and asked La how her day was - she said she felt good because she got a SUP paddle in today. I asked her if she saw any fish and she said 'yes - all over the place - about as big as my forearm'. That was not the answer I was expecting based on the past several days down at the Lake. I took Marlon and we headed down to see the fish. At our pier, there were at least 10 Large Mouth Bass a couple of big Bluegill and a few other fish. I lined up the Soyokaze 27 and it had a green bead head nymph on it from the last time I used the line (number 2). I caught a 5" LMB and with that the long hard winter was OVER!!! After that, I tied on a floating hopper (that didn't get the time of day) and at Marlon's suggestion, I tied on the Orange Scud - two White Crappie and a second LMB (bigger than 5") later, and we welcomed in Spring!!! I've been waiting for this day since late last year - it feels good to have a tug-o-war with a piscene!!!
Posted by Victor Velasco at 4/08/2013 01:12:00 PM